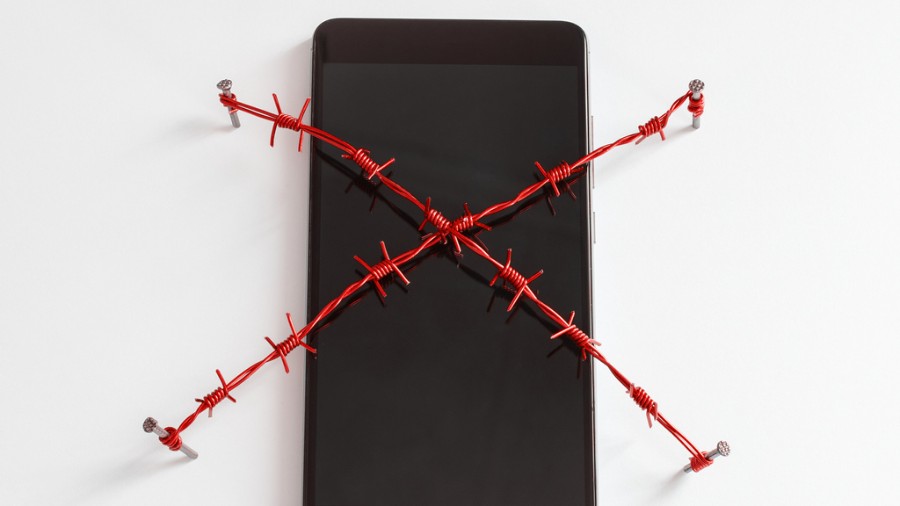 It was President Dwight Eisenhower who once wrote that “in a democracy debate is the breath of life.” Today, it seems as if the left wants to snuff that breath out. Competing ideas must be censored and even cancelled. Only PC groupthink will be tolerated.

An Attempt to Deplatform a Christian Worldview from Public Debate

Back in 2012, GLAAD, which originally stood for the Gay and Lesbian Alliance Against Defamation, launched its so-called “Commentator Accountability Project.”

It started with a list of 36 “anti-gay” commentators, people whom GLAAD urged the mainstream media to keep off the air. Why? The views of these commentators were considered dangerous and could hurt people. Plus, GLAAD alleged, they really weren’t expert in their fields.

Among the first names listed were Chuck Colson, Tony Perkins, and Jim Daly. Blacklist them! (For other names on the original list, go here. The current list has expanded considerably.)

The GLAAD Commentator Accountability Project (CAP) aims to put critical information about frequent anti-gay interviewees into the hands of newsrooms, editors, hosts and reporters. Journalists or producers who are on deadline often don’t have the time to dig into the histories of a commentator. Audiences need to be aware that when they’re not talking to the mainstream media, these voices are comparing LGBTQ people to Nazi Germany, predicting that equal treatment of LGBTQ people will lead to the total collapse of society, and even making accusations of satanic influence.

So, these conservative leaders, presented in the most misleading fashion possible, should be kept off the major networks. Their ideas — actually, our ideas, since I was on that list as well — were too toxic to be entertained. Only the pro-gay side could be presented.

In light of that, I suggested that GLAAD really stood for the Gay and Lesbian Alliance Against Disagreement. Dissenting positions must be banned.

Today, however, the attempt to stifle competing viewpoints has expanded well-beyond LGBT circles.

The Capitol Riot is Being Used to Stifle Conservative Speech

We have seen the rise of the campus thought police, with our colleges and universities replete with trigger warnings and safe spaces.

We have seen Big Tech’s attempts to censor and control.

And now, in the aftermath of the storming of the Capitol, the witch hunt is out in full force.

If you voted for Donald Trump, you too stormed the Capitol.

If you supported his policies, you are, by default, a xenophobic white supremacist.

If you preferred Trump to Hillary or Biden, you present a real threat to America and you must be either purged or reeducated.

The Left Thinks We’re Dangerous and Should be Silenced

Back in October 2020, Keith Olbermann opined, “The terrorist Trump must be defeated, must be destroyed, must be devoured at the ballot box. And then he, and his enablers, and his supporters, and his collaborators, and the Mike Lees and the William Barrs and the Sean Hannnitys and the Mike Pences and the Rudy Gulianis and the Kyle Rittenhouses and the Amy Coney Barretts must be prosecuted and convicted and removed from our society while we try to rebuild it and rebuild the world that Trump has nearly destroyed by turning it over to a virus. Remember it.”

Today, the net is being cast even wider, in particular when it comes to shutting down opposing views.

During a recent segment on CNN with Brian Stelter, Alex Stamos, a former Facebook chief security officer, said, “We are going to have to figure out the OANN [One America News Network] and Newsmax problem.”

Keep speaking up and standing up for what is true and right, using every platform at your disposal and carefully guarding the freedoms we still have. It really is a matter of use it or lose it.

Indeed, he noted, “These companies have freedom of speech, but I’m not sure we need Verizon, AT&T, Comcast and such bringing them into tens of millions of homes.”

And so, Stamos concluded, “We have to turn down the capability of these conservative influencers to reach these huge audiences.”

They must be stopped in their tracks. Freedom only goes so far.

So the cat is clearly out of the bag. These rightwing nut jobs, who directly incited the storming of the Capitol, must be starved out if not shut down. And this comes from CNN, the last network in America that can accuse other networks of extreme bias while keeping a straight face. Are you kidding me? (For the record, I wish that all networks, on all sides, would be more circumspect in their reporting and rhetoric, given the tumultuous times in which we live.)

The Felt Need to “Deprogram” the “Cult of Trump”

Even someone like Katie Couric, hardly considered a radical leftist, could say to Bill Maher, “And the question is, how are we going to really almost deprogram these people who have signed up for the cult of Trump.”

The interesting thing is that I do believe there is a cult of Trump. I’ve even put together a checklist to help identify those trapped in this cultlike way of thinking.

And the people who stormed the Capitol are dangerous fanatics who must be denounced without qualification. As I wrote previously, those involved did not represent anything truly Christian, despite the “Christian” expression of some of the participants. (This includes their despicable prayer in Jesus’ name in the Halls of Congress, which they had just taken over. It’s one of the more repulsive scenes I’ve ever witnessed.)

But let’s not deceive ourselves. The left wants to cast us all in the same light. All of us should be viewed as brainwashed cultists. As for those on the left having a cultlike devotion to their own ideologies, they seem oblivious even to the possibility.

Don’t Become Hysterical and Fearful, but Keep Speaking Up for What is True

It’s true that some on the right are worked up into a lather, their fears exaggerated beyond measure, like the person who responded to one of my articles, saying, “In 4 years, under Biden, we will be lucky if we are still allowed to have a Bible in our homes. After 4 years of Biden, the US will look more like China than America.”

But just because some conservatives have become almost hysterical in their fears does not mean that we should take the threats of the left lightly.

Just ask the CEO of Parler if you’re unsure.

I encourage every reader, yet again, to keep speaking up and standing up for what is true and right, using every platform at your disposal and carefully guarding the freedoms we still have.

It really is a matter of use it or lose it.