No! It Was Not Jesus-Loving Evangelicals Who Vandalized the Capitol 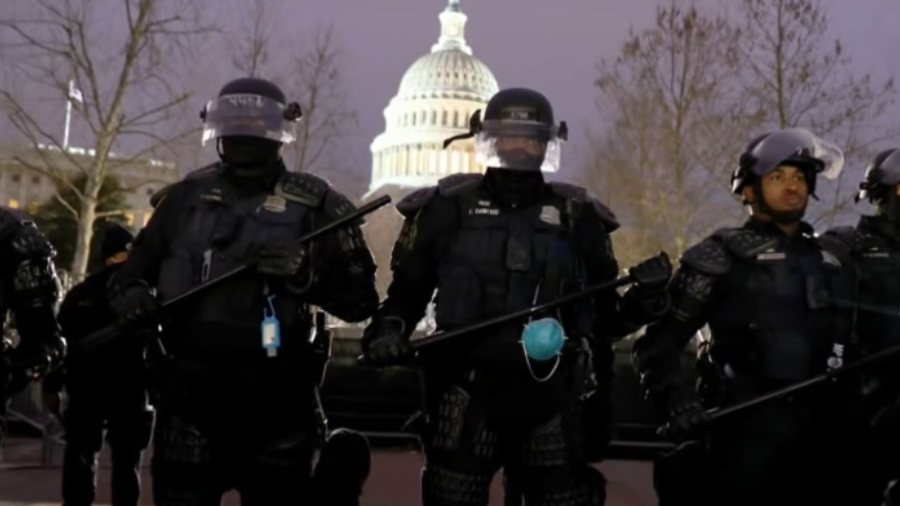 In an important, probing article, David French claimed, “A violent Christian insurrection invaded and occupied the Capitol” (his emphasis). Is there truth to this serious charge?

He wrote, “Why do I say this was a Christian insurrection? Because so very many of the protesters told us they were Christian, as loudly and clearly as they could.”

He notes that there “was a giant wooden cross outside the Capitol” and adds that “‘Jesus saves’ signs and other Christian signs were sprinkled through the crowd. I watched a man carry a Christian flag into an evacuated legislative chamber.”

One of his colleagues pointed out “that Christian music was blaring from the loudspeakers late in the afternoon of the takeover. And don’t forget,” he wrote, “this attack occurred days after the so-called Jericho March, an event explicitly filled with Christian-nationalist rhetoric so unhinged that I warned on December 13 that it embodied ‘a form of fanaticism that can lead to deadly violence.’”

French also points to some of the lies that helped fuel the fires of the storming of the Capitol, including: “America will end if Trump loses”; and, “The fate of the church is at stake if Joe Biden wins.”

Yet, as much as I agree with many of the concerns French raises, the article still paints a misleading picture. The fact that Christian music was playing at the big rally does not mean that the violent attackers were Christians themselves — not, at least, in any true sense of the word.

I believe that this will be confirmed in the days to come, as virtually all of those arrested will be identified as members of white supremacist, white nationalist-type groups. To say nothing of leftist agitators. Not all, but virtually all.

The reason I say this is precisely because I share many of the concerns raised by French in terms of some very real problems in the evangelical church today, especially in our white evangelical circles.

As my readers know all too well (for some of them, to the point of ad nauseam), I, too, have raised concerns about Christians looking to Trump as some kind of political messiah. I have raised concerns about an unhealthy Christian nationalism and about confusing America with the kingdom of God. And, in the immediate aftermath of the Jericho March, I drew attention to the dangerous military rhetoric that at least one speaker used in the rally. Not to mention the theological errors that colored much of the rally itself.

I also hold President Trump responsible for years of dangerous rhetoric that helped fuel the fires of hatred and mistrust that exploded in our nation’s Capitol. (For the record, I do not believe he should have been impeached once, let alone twice.)

But as an evangelical leader who is good friends with quite a few prominent, evangelical Trump supporters, and as one who lives in the midst of the evangelical movement, I know for a fact that these leaders and believers were appalled and shocked at what took place that fateful day.

Peace and Prayer … Until a Bus Arrived

One caller to my radio show told our listeners that he felt led by God to be at the event and to stand in front of the Capitol, starting at 9:00 AM. All that day, in the freezing cold, he held up a flag saying, “We need You Lord.”

And he said that, for hours, as the handful of people there turned into tens and then hundreds, then thousands, the atmosphere was peaceful and prayerful. It was only when a bus arrived at 12:30 p.m. with a new group of people that things shifted, as they began to challenge the police and call for an attack.

He was convinced that they were Antifa plants, but let’s say that they were actually white nationalist Trump supporters. Either way, the point is they were the ones who provoked the violence, not the thousands who were there to pray. (He was actually positioned at the very point where the fence was breached, so his perspective was invaluable.)

Other friends of mine who were there were beyond mortified by the events of the day. Every Christian leader I know was appalled.

This is Not Who We Are

This is not who we are. These are not the values to which we adhere. In that sense, this was not a Christian insurrection.

Do I believe many of these same Christians have become caught up in a partisan political spirit? Absolutely.

Do I believe they should have been grieved at the unwise remarks of Rudy Guiliani and Donald Trump, Jr. at the rally? Certainly.

Do I believe that, for many, there was an unhealthy mingling of patriotism with the worship of Jesus? Without a doubt.

Do I believe that many of these committed Christians had been misled by lies and exaggerations, including those of QAnon? Yes again.

Do I believe that this should be a time of great soul searching for those evangelical Christians who tethered their hopes to a man? Once more, yes.

That’s why I say that I share many of the concerns French raised and why I encouraged some of my friends and colleagues to read his article. That’s also why, as I mentioned in my most recent article, I have always respected Christian Never Trumpers (who sat out elections rather than voted Republican or Democrat), even if I did not join in their ranks.

But once more, that’s where I make the important distinction between the serious, Jesus followers who were in D.C. to pray for a righteous outcome to the election and those few who came ready to do battle. (For my relevant Twitter poll, see here. Over 79 percent of those polled did not know a single Christian who approved of the violent attack.)

If you think I’m being too naïve (which, at times, I certainly can be), take a few minutes to research where the pre-rally, violent chatter came from online. Was it from solid evangelical sites, where the Word of God is honored and Jesus is preached? Or was it from right-wing extremist websites? The latter may profess to be Christian, but they have little to connect them to the Christian faith.

As the Washington Post observed, “The planning for Wednesday’s assault on the U.S. Capitol happened largely in plain view, with chatters in far-right forums explicitly discussing how to storm the building, handcuff lawmakers with zip ties and disrupt the certification of Joe Biden’s election — in what they portrayed as responding to orders from President Trump.”

I agree that this is certainly a time for housecleaning in our evangelical camp. And just as Trump has helped to expose the radicality of the left, the bias of the media, and the tyranny of Big Tech, he has also helped to expose the hypocrisy and compromise of the church.

But that’s why we must be circumspect in our diagnosis if we want to help address and correct these problems. Otherwise, if we paint with too broad a brush or speak in too general terms, many will say in response, “Sorry, but that does not apply to me.”

The fact is that you and I did not storm the Capitol on January 6th and engage in violent acts against the police while threatening the lives of our elected officials. In that regard, this was absolutely not a Christian insurrection.