Will Christians Be Prosecuted and Removed From Society? 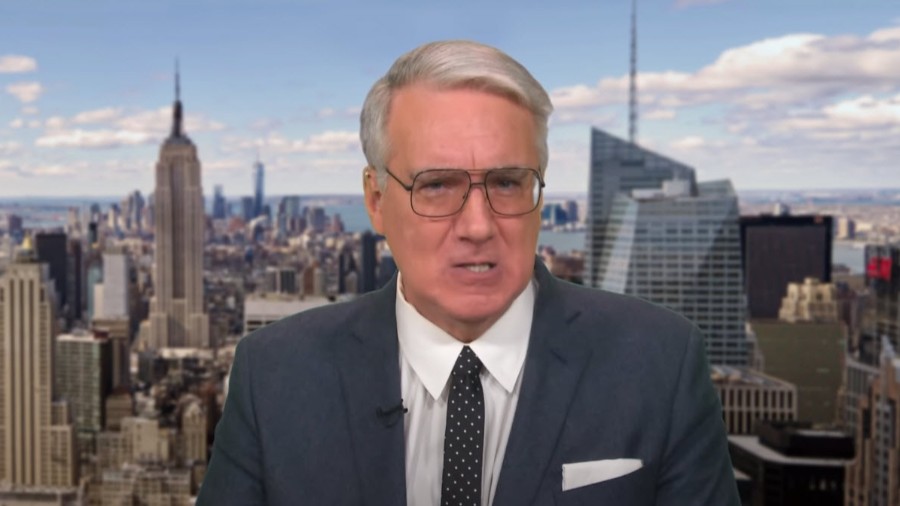 Keith Olbermann left his gig as a commentator at ESPN to start his own political commentary YouTube channel called "The Worst Person in the World" in October. He said on his show that month: "And then [Trump], and his enablers, and his supporters, and his collaborators, and the Mike Lees and the William Barrs and the Sean Hannnitys and the Mike Pences and the Rudy Gulianis and the Kyle Rittenhouses and the Amy Coney Barretts must be prosecuted and convicted and removed from our society."

I want to assure you that the title to this article is not click bait. Rather, it reflects the very open sentiments of the extreme leftist, political commentator Keith Olbermann. He has made himself perfectly clear.

Before I share his exact words, though, I want to be perfectly clear as well. My answer to the question of whether Christian conservatives will soon be prosecuted by the millions and removed from American society is an emphatic (but qualified) no.

It is an emphatic “no” because there is no way that tens of millions of Christian conservatives would simply stand by and let this happen. Not a chance.

It is a qualified “no” because, in part, it has happened already. Christian conservatives have been prosecuted for their Christian beliefs. We have been imprisoned for our beliefs, right here in America in the 21st century.

The Spirit of Intimidation

More broadly, we have been marginalized and muted by the cancel culture and the spirit of intimidation. And the more we cower and capitulate, the worse it will get. Now is the time to stand up and speak out. And while Olbermann’s sentiments may be extreme, they are not isolated.

I have documented for years how Christian conservatives have been likened to Hitler, to the Nazis, to the KKK, to ISIS, and that was long before Donald Trump appeared on the political scene.

I have supplied verbatim quotes of protesters wishing that we would be thrown to the lions or killed in other ways.

This is not simply because many of us voted for Trump. The hostility was there long before he came on the scene, and it will be there long after he is gone.

And, again, this had been totally unrelated to hostility towards President Trump. The hatred was in response to our conservative, biblical ideology, most particularly, when it came to LGBTQ activism. And no matter how loving or gracious or compassionate we were, we were still branded haters, people who were a danger to society. People who should be removed.

As one reviewer on my Facebook page stated, “It’s people like this so called ‘Doctor’ are what are wrong with the world.

“People like him need to be bound and tied by their hands and feet, beaten repeatedly in the head with their book of fairy tales until they are twitching from never [sic] damage and bleeding profusely from their ignorant heads.”

Yes, “people like him,” meaning, people like you, too, if you share my beliefs. By no means was I the sole target of this demented person’s rage.

The Rage of Olbermann

As for Olbermann, whose words reach far more people than that Facebook review, he said this on October 9: “The task is twofold. The terrorist Trump must be defeated, must be destroyed, must be devoured at the ballot box. And then he, and his enablers, and his supporters, and his collaborators, and the Mike Lees and the William Barrs and the Sean Hannnitys and the Mike Pences and the Rudy Gulianis and the Kyle Rittenhouses and the Amy Coney Barretts must be prosecuted and convicted and removed from our society while we try to rebuild it and rebuild the world that Trump has nearly destroyed by turning it over to a virus. Remember it.” (He also referred to Trump supporters as “maggots” and “morons” in his rant.)

Of course, this is beyond unhinged, and I pity Olbermann more than anything. He is certainly zealous. And I’m sure there are good things he stands for. But this is completely beyond the pale, totally irresponsible and very dangerous.

Thankfully, this was not delivered on network TV but rather on Olbermann’s new YouTube channel (which now has 123K subscribers). And while the clip has 8.6K thumbs up, it also has 7.3K thumbs down.

But without question, his words reflect the seething hostility that exists toward Christian conservatives in many quarters in America today. We dare not underestimate it.

And even though this clip is more than one month old, I bring it up today because of the attitudes already surfacing in the apparent electoral defeat of Trump. No need to hold back any longer!

Yet this is not simply because many of us voted for Trump. As I noted, the hostility was there long before he came on the scene, and it will be there long after he is gone.

It is an ideological hatred more than a political hatred, a hatred based on deep moral differences, a hatred that can easily turn violent, as it often has through the centuries and in recent months.

And, how, exactly, will people like us be “removed” from society? Prison? Concentration camps? Something worse?

Again, I haven’t the slightest fear of something like this happening in the immediate future here in America. The country would have to fall to depths beyond our imagination for that to happen so quickly. But every step in that direction is a dangerous step, and every step should be resisted.

It is true that Trump has inflamed hostilities with his own irresponsible rhetoric. We must continue to separate ourselves from those words and sentiments.

But let’s not deceive ourselves. Trump is not the ultimate issue. It’s our beliefs. Our faith. Our values. Our Bible. Our God.

And determine not to respond to hatred with hatred. Let’s show the Keith Olbermanns of the world who we really are. Let’s overcome evil with good.