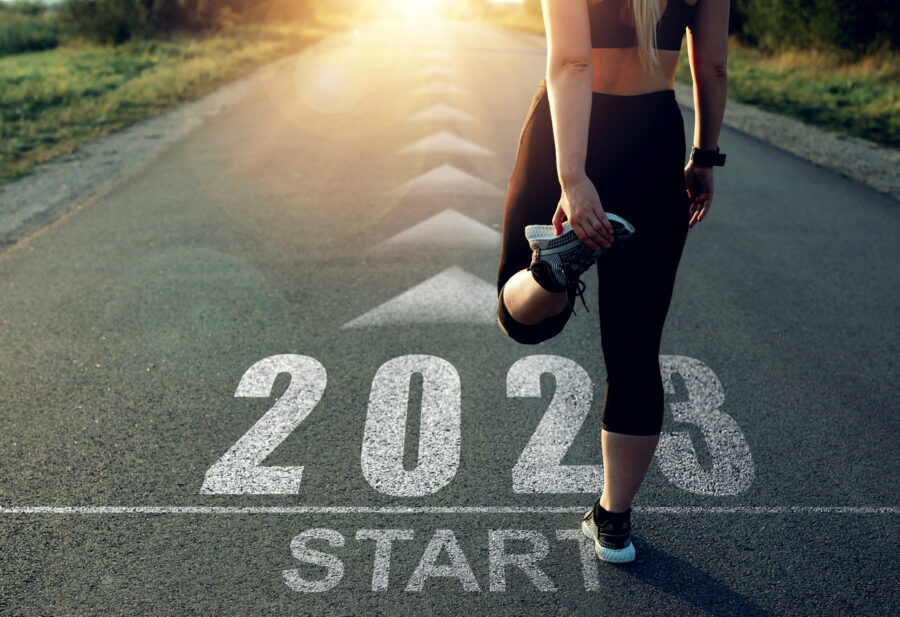 By golly, we made it to a New Year! We were not incinerated in a nuclear holocaust with Russia!

You remember that period where Biden and the media were casually talking about nuclear war the way they talk about the weather. Actually, that’s not true. They were more anxious and loud about the weather because of “THE PENDING DOOM CAUSED BY CLIMATE CHANGE!!!!!!!!!”

A liberal friend confessed on Facebook that she had politics so much on the brain she actually sent out some holiday cards wishing people a “Happy 2024.” (I wisely did not respond, “See? Even liberals can’t wait for 2024.”) But there’s something to her little mistake. After three straight years of often hellish high drama, it’d be nice if 2023 becomes an afterthought. A mellow breather.

Though it’d make our job at The Stream harder, I’d take a slow news year over a year so crammed with major events that even talk of nuclear war didn’t stay on the front page. Unfortunately, I don’t think we’ll get much of a break. We’ll get some break, as folks clean up lingering messes, then stretch and set themselves for the epic battle to come in 2024.

Between House Republican investigations and further Twitter Files releases, more truth will be revealed. We’ll better understand what has been done to this country, how we were manipulated and lied to. More of the cockroaches will be driven into the light. Lord, may the People serve as a can of Raid.

We may even learn the truth about January 6th. We will at least have access to the footage that Nancy Pelosi kept hidden, and be able to grill FBI and DOJ officials.

Will there be anyone held to account? With this Justice Dept.? Sure. When Johnny Depp and Amber Heard star together in a Hallmark rom-com.

The Biden DOJ and their lapdog Special Counsel will indict Former President Donald Trump. Remember, Biden already promised he would be prevented from taking office again. But the American people will see the charges for what they are: Pure politics … and an abuse of power.

Biden will ultimately decide not to run again, even as there are reports yesterday he will announce a re-election bid in February. One new reason: The House Democrats getting hold of and releasing Donald Trump’s tax returns. Turnabout is fair play, baby. House Republicans will be able to hold up Biden’s tax returns with one hand and in the other, Hunter Biden’s laptop where he gripes to his daughter about having had to fork over 50% of all his earnings to his father.

Which is more likely? Joe Biden lying on his tax returns about millions funneled away by his son or a frustrated and bitter Hunter Biden lying to his own daughter in a private email?

Of course, with Biden every day in 2023 will start with the question, “Is today the day there’s some mental failure or international embarrassment that is soooo huge, the VP, Cabinet and Congress have no choice but to invoke the 25th Amendment?”

John Fetterman has not granted a single interview since enough ballots were collected in Pennsylvania to put him over the top against Dr. Oz. He will be sworn in this week. He will be a ghost. Will he quickly pressured to quit or will he just be a puppet of his wife and Chuck Schumer? Verdict’s still out on that.

Jumping In Against Trump

A tantalizing 2023 question is “Who will jump in the GOP primary to square off against Trump?”

Obviously, the Big Fish is Ron DeSantis. Although he’s under enormous pressure to run and he has the ambition to be president, I still bet that he holds off until there’s smooth sailing in 2028. Better to endear himself to the MAGA Army than spend two years fighting against them, earning their resentment.

Former Vice President Mike Pence has been hinting at a run. I suspect he sits out 2024 as well. He has seen the polling. And fair or not, a good chunk of Trump voters remain ticked at him for not at least letting a court decide if Pence had the authority to pause the acceptance of electors from the corrupted swing states. Also, Pence worked side-by-side with Trump for four years. Does anyone really want to see Robin cutting into Batman? Besides, why would anyone back Tonto when they can still ride with the Lone Ranger?

Oh please let Liz Cheney run. That’ll be the only entertainment in the GOP primary, watching Trump get his chance to face his accuser.

In the end, of course, Donald Trump has only one real challenger: That is Donald Trump. Under no circumstances will Trump face a list of challengers comparable to 2016, and he brings this time out four years of massive accomplishments and another two years of being proven right about things he got mocked for while in office.

No, Trump’s only obstacle is Trump. Voters know he can do the job. Probably do it better than anybody. The problem is the baggage. The drama. The slap your hand against your forehead moments. The tweets. And, I’d argue, the misperception about his personality. If in 2023 and into 2024, Donald Trump stresses the humorous, generous, gracious side of his nature — leaves the combative guy from Queens at Mar-a-Lago — he wins in a cakewalk.

Trump is, at his heart, a builder. His gift was taking rundown properties and transforming them into jewels. No doubt America is rundown. Trump’s task in 2023 is to ask with humility for the opportunity to restore, renovate and rejuvenate the nation.

A Prediction Beyond Politics

A news story in recent days leads me to a 2023 prediction it brings me no cheer to offer. Headline from the Daily Caller New Foundation: “Scientology Leader Proves Hard to Find After Ex-Members File Trafficking Suit, Lawyers Say.” Lawyers for two ex-Scientologists who accuse David Miscavige of child trafficking and sex abuse have made 27 efforts to serve the cult leader with their civil lawsuit.

This story will likely grow bigger.

How does Tom Cruise, considered the 2nd most powerful Scientologist and a BFF to Miscavige, not get drawn into the scandal and get badly tarnished? Especially considering that last year he was responsible for Top Gun: Maverick, one of the most patriotic, pro-U.S. military movies in a long while. You can’t celebrate American daring and might these days without paying a hefty cost. A trafficking scandal involving Scientology may well provide the ammo to shoot Cruise down.

In more happy news, rational heads … or at least the bean-counters … will win more battles over the wokesters at places like Disney, Netflix and at Hollywood production houses. (Fox News collected a list of 2022’s woke bombs.) Plus more people with both the faith and the means will put their money toward the creation of traditional, positive, high-quality content. Let our mantra be: “More Capra, Less Ca-Ca!”

A lot’s happened the past few days. We’re be pouring out some of those stories in our special Second Serving of The Brew, posting at 8 a.m. Central.