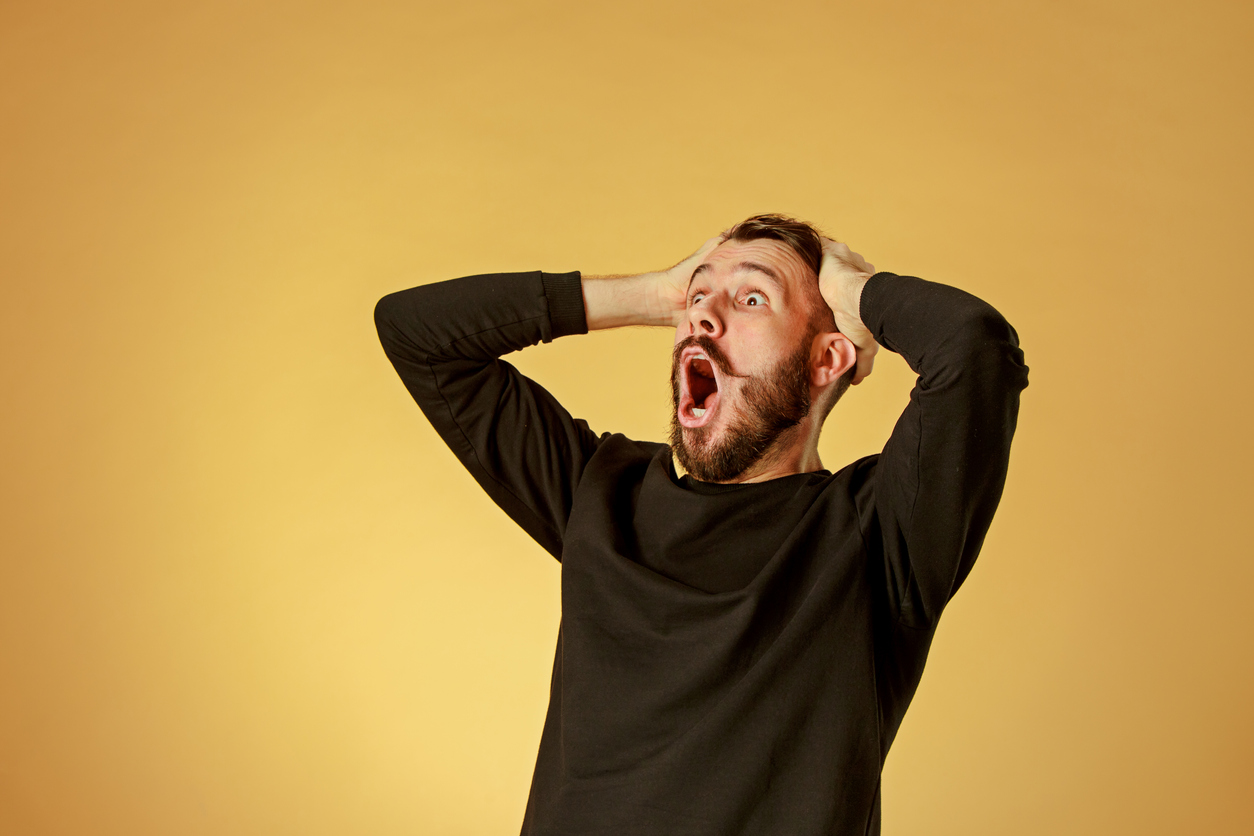 US Military Amasses on Border. No, Not Our Border

For the first time since World War II, the Army’s 101st Airborne Division has deployed to Europe, specifically within shouting distance of the Ukrainian border. This is not a training mission. This is, according to 101st deputy commander Brig. Gen. John Lubas, a “combat deployment,” with troops that “need to be ready to fight tonight, depending on how the situation escalates across the border.”

CBS News reports that roughly 4,700 soldiers are in Romania, just three miles from the Ukrainian border. “It’s not just about defending NATO territory,” said senior foreign correspondent Charlie D’Agata from an air base in Romania. “If the fight escalates, and NATO partners are under threat, they’re fully prepared to cross over into Ukrainian territory if ordered to do so.”

The unsettling thing? The American Commander-in-Chief defines “threat” as anyone or anything that puts his political fortunes at risk or gets in the way of what he wants. (Ask Steve Bannon … or the 22 pro-life activists rounded up by the Biden FBI.) And he’s a commander-in-chief whom Obama’s Secretary of Defense insists has been wrong on every major foreign policy issue for decades. Plus we’ve got a Swamp that seems thirsty for a war.

Meanwhile, on Our Border … 2.3 Million Illegal Immigrants Encountered in FY 2022

The Administration was holding onto the September illegal immigration numbers like a purse full of cash on the D.C. Metro. The numbers were finally dropped late Friday night to hide the horror.

This year’s flood included 78 people on the terror watch list.

BREAKING: In a blatant Friday late night news dump, CBP has released the September border numbers, revealing there were 227,547 migrant encounters, the highest Sept. in DHS history.
FY’22 ended with 2,378,944 encounters, also the highest ever, & doesn’t include gotaways. @FoxNews

You keep hearing from the progressives about how their open border policies are humane. Really? Fox News got hold of internal CBP numbers. Last year, at least 856 migrants making their way illegally to the U.S. died at the border. This along with the countless girls, women and children raped and trafficked. To say nothing of the tens of thousands of Americans now dying each year to the fentanyl rolling across the border.

Stats to remember the next time someone tells you that securing the border is “immoral.”

Only 57 people have applied for Minneapolis Police Dept. positions in 2022, compared to 300 before George Floyd’s death. Who’d want to be a cop in a city where the politicians are more hostile to you than the bad guys … and the bad guys burn down your police station?

In an interview with WCCO-TV in Minneapolis, Harris called criticisms she that supported the Minnesota Freedom Fund to bail out rioters during the Floyd riots “misinformation and disinformation.”

If you’re able to, chip in now to the @MNFreedomFund to help post bail for those protesting on the ground in Minnesota. https://t.co/t8LXowKIbw

Here’s a funnier example of the White House’s tenuous grasp on truth. Thank you, Daily Caller, for noticing this.

It’s simple: When the cost of oil comes down, we should see the price at the pump come down as well. That’s how it should work.

But right now, refiners and retailers are making record profits at the expense of the vast majority of Americans. It’s unacceptable. pic.twitter.com/h3xiyEYEdv

Trouble: When you start losing arguments with yourself …

Biden Asked About Wife’s Thoughts on 2024 Run. His Answer is Concerning.

Joe Biden was asked by NBC News what his wife thought about a possible run in 2024. It did not go well.

BIDEN: "It's my intention to run again."

When you have to be prompted by your fawning interviewer since it appears you’ve zoned out, you might not be good to go.

Biden gave a more expansive, rambling answer about whether people should consider his physical and mental condition. Again, he said “watch me.”

BIDEN: "Am I slowing up? Am I don't have the same pace? You know, & that old joke—You know, everybody talks about the—you know, the new 70's 50—you know, all that stuff. You know, I—you know, could be […] I could get a disease tomorrow, I could, you know, drop dead tomorrow." pic.twitter.com/XgUYTxd3eE

So … you just watched him. Thoughts?

Trump and the J6 Circus

Donald Trump offered another big tease at his Texas rally Saturday night that he’ll be running. Said Trump, “In order to make our country successful, safe, and glorious again, I will probably have to do it again.”

As for Trump being subpoenaed by the J6 Committee, Liz Cheney insists she is not going to let Trump take over the show. In response to a New York Times report that Trump is willing to talk to the committee if the session is aired live, Cheney told Meet the Press Sunday “We are not going to allow the former president — he’s not going to turn this into a circus.”

Too late for that, Ringling Sister.

Added Cheney, the inquisition “will be done with a level of rigor and discipline and seriousness that it deserves.” Rigor, discipline and seriousness? Falsifying evidence, selectively editing video, no cross-examinations, no witnesses that could blow up the Pelosi-Cheney narrative. No due process. Now that she’s been booted from Congress, she’s auditioning to be a writer for Saturday Night Live.

Although the implication was that the J6 Committee would not let Trump testify live, AP reports Cheney didn’t necessarily rule that out.

As much fun as that would be, it won’t happen. Cheney may be as obsessed as any celebrity stalker, but she’s not stupid. The J6 Committee is pure political theater and you don’t let the Marlon Brando of political theater onto your stage.

And speaking of Brando …

In 1973, a woman named Sacheen Littlefeather made national headlines when she accepted Marlon Brando’s Academy Award for The Godfather. Littlefeather said she was Apache and went on to condemn America’s treatment of Native Americans. The image of Littlefeather in the beaded buckskin dress at the Oscars became one of the most iconic of the ‘70s, and led her to decades of fame as a Native American activist. 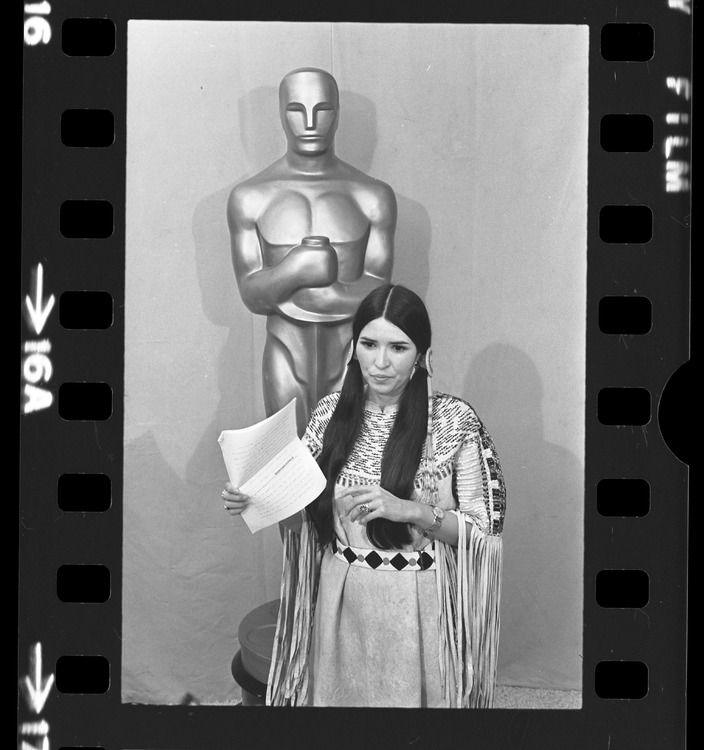 On October 5, Littlefeather died, but with her passing comes shocking news. Littlefeather was a fraud. Plain and simple. She’s no more Native American than Liz Warren. Or for that matter, no more Native American than Brando was an Italian Mafia don. Perhaps they should have given her an Oscar. Rather than the apology the Academy gave her last month for the treatment she received after her surprise Oscar appearance.

Littlefeather’s two sisters spilled the beans to the San Francisco Chronicle after the newspaper starting to figure out that the activist’s father was not White Mountain Apache and Yaqui Indian, as she long claimed. He was Mexican-American and so was she. Her father’s line has no connection to either the Apache or the Yaqui.

Yet another Oscar slap in the face.

Senior Editor Tom Gilson has a new entry for his Pastors’ Corner. “When the Pastor Asks, ‘How Do I Stay Faithful in a World Like This?’”

John Zmirak returns from abroad with a question, “Should Christians Try to Think the Best of Our Enemies’ Motives? Or Is That Just Stupid?”