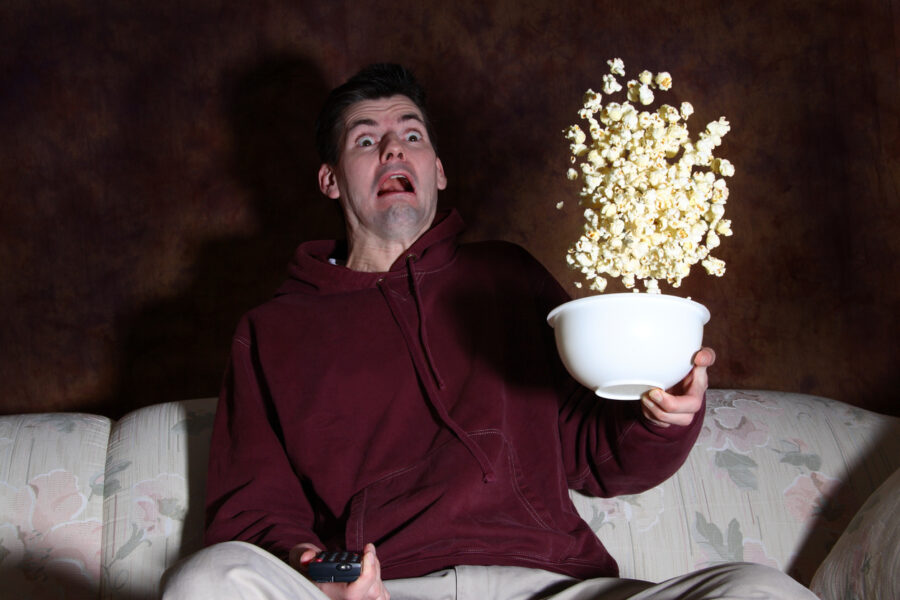 Of course we have to start with THE MOST IMPORTANT NEWS STORY SINCE THE RESURRECTION!

Actress Amber Heard defamed her ex-husband Johnny Depp with malice, a jury declared in a case that inexplicably captured the world’s attention. I’d say it was a jury of his peers, but how many drunken pirates wander around Fairfax, Virginia? It ain’t Key West.

Depp claimed Heard had wrecked his career when she wrote a 2018 op-ed about becoming a “public figure representing domestic abuse” after the couple’s split. The jury agreed, awarding the actor $10 million in compensatory damages and $5 million in punitive damages.

The jury turned around and found that Depp defamed Heard, too. He’ll have to pay her $2 million.

The two stars of the drama responded to the verdicts.

Said Heard: “The disappointment I feel today is beyond words. I’m heartbroken that the mountain of evidence still was not enough to stand up to the disproportionate power, influence, and sway of my ex-husband.”

Said Depp in a statement: “The jury gave me my life back.”

Depp wasn’t even in the courtroom for the reading of the verdict. So if he tuned out, why did tens of millions of Americans tune in?

No word yet on whether The Depp-Heard Show will be renewed for a second season.

Now, onto the real news …

What? The FBI Has Been Operating an Office at the Clinton’s Perkins Coie Law Firm?!?!

Just when you thought the corruption couldn’t get more obvious or ridiculous. Turns out the FBI has had a “secure work environment” at the Clinton/DNC law firm Perkins Coie since 2012.

And who was in charge of this workspace? Clinton campaign lawyer Michael Sussmann. The same guy just found “not guilty” of lying to his friends at the FBI, thanks in part to FBI bigwigs on the stand acting like Sussmann was the victim in all this.

“Why in the world would an election lawyer be operating this facility in this way?” asks Gaetz, “What reason would there be for that and what leverage would the Perkins law firm have over the FBI given this work they are doing together? …”

In case you are wondering, it’s just a 9 minute walk from FBI headquarters to Perkins Coie’s D.C. offices. Just five blocks. So it’s not like FBI set up an office inside the DNC’s legal firm for convenience. 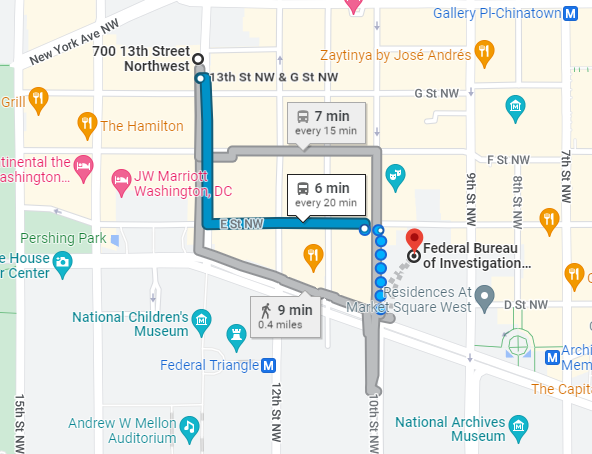 The Conservative Tree House breaks it down:

What is being admitted in this claim is that a portal existed into FBI databases within the law firm that represents Democrats. This means access to FBI database searches exists inside the office of the DNC and Clinton legal group.

They connect the 2012 date this Secure Work Environment was created to a finding of an 85% rate of unlawful searches of FBI database by FBI and contractors after 2012. With a particular spike during the 2015-2016 election season. Reports CTH, “The same people were continually being tracked, searched and surveilled by querying the FBI database over time.”

CTH also suggests the portal was set up after Obama got caught using the IRS to go after the TEA Party movement:

The outlined process certainly points toward a political spying and surveillance operation. When the DOJ use of the IRS for political information on their opposition became problematic, the Obama administration needed another tool. It was in 2012 when they switched to using the FBI databases for targeted search queries.

Mike Huckabee has a nice assessment of the Durham long-game in “Our Theory: Sussmann Trial was a ‘Loss Leader’ for Durham.”

John Hinkley will get his unconditional release June 15, a federal judge confirmed Wednesday. Judge Paul Friedman had announced in September all further restrictions on Hinkley would be lifted if he remained on good behavior. Friedman says Hinkley is no longer a danger to himself or others.

Said Friedman in September, “If he hadn’t tried to kill a president he would have been released unconditionally a long time ago.”

Hinkley is scheduled to perform a sold-out concert July 8th at New York’s Market Hotel. Think someone who shot a Democratic president would ever be allowed to run free and warble bad original songs in the Big Apple?

The police chief in charge of the law enforcement response in last week’s shooting in Uvalde, Texas, where 21 people died, including 19 children, refused to answer questions about the incident during an interview with CNN.

But Pedro “Pete” Arredondo did have plenty to say about the Johnny Depp-Amber Heard trial.

Really, why go on if you’re not going to talk about what people need to hear from you about? More ominously, Arrendondo has stopped cooperating with Texas Department of Public Safety, which is investigating the massacre.

The Hat of a Hero

As Uvalde police on Pete Arrendondo’s orders refused to go in after the gunman, leaving children to bleed out, a border patrol agent decided to buck the locals. This unnamed agent, part of the elite BORTAC unit, went in took out the crazed gunman.

He almost lost his own life. His head scraped by a bullet.

A photo of his torn baseball hat has gone viral.

In Texas they have an expression. “All hat, no cattle.” This hero was “all cap, all cattle.”

Still with the mask mandates? Biden’s DOJ has formally appealed a ruling that put an end to mask mandates on public transportation.

This comes as even the New York Times admits that mask mandates have done nothing to slow the spread of COVID. And a study published at Lancet blows apart a CDC study that was used to justify school mask mandates.

At least 21 Black staffers at the White House have quit, Politico reports. “Some of those who remain say it’s no wonder why: They describe a work environment with little support from their superiors and fewer chances for promotion.” The wave of Black staffers is so noticeable, surviving aides call it “Blaxit.”

Just sit there and look Black as props for our claims about diversity while Biden’s ol’ white gang does the real work.

Read the Politico article and notice what’s not there. The article doesn’t mention the massive turnover in Kamala Harris’ office as a result of her dysfunction and temperament. We’ve been hearing those stories for a year. Here we’re not talking about people bailing a toxic atmosphere who happen to be Black. No, this is about how Black staffers feel in the Biden White House as Blacks.

Being made to feel “less than” … by the same people who call “White Supremacists” the greatest domestic threat. Hey, Joe. Might want to check out that plank in your own eye.

The Brew: Six Month Ultra MAGA Venture is Ultra Brandon, Plus March to Justice for Trump-Russia Hoax Finally Stops at a Courthouse