The folks at the DOE have been working hard to take affordable options away from consumers. 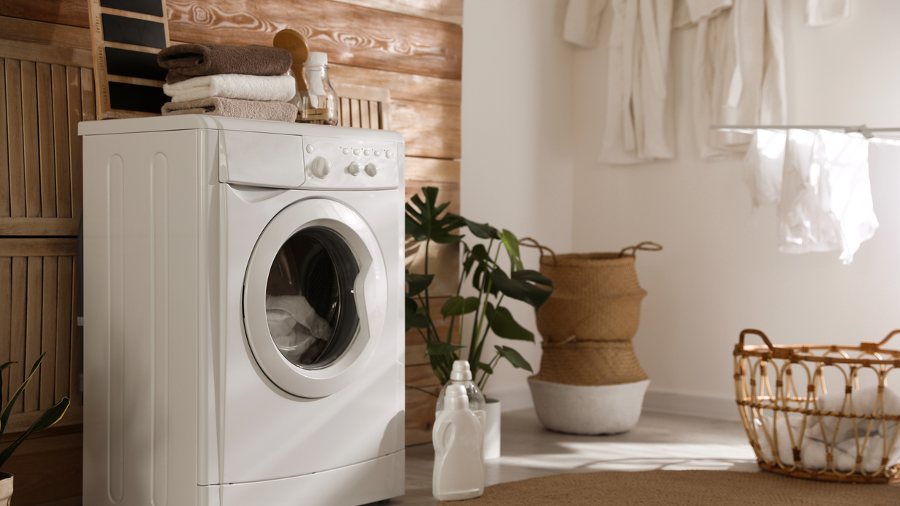 It’s easy to get preoccupied with the big flashy things the government does, but sometimes it’s the small mundane things that really hurt. In 2022, one of those small things was stricter energy-efficiency standards.

On December 19, the Department of Energy (DOE) announced its latest action on this front — an initiative to increase minimum efficiency requirements for light bulbs.

The Biden administration took the opportunity to celebrate the year-end win.

“Today, the White House and the Department of Energy (DOE) announced that the Biden-Harris Administration has surpassed its goal to take 100 actions in 2022 to strengthen energy efficiency standards for a range of appliances and equipment to lower costs for American families,” the White House said.

The light bulb initiative was the 110th action of the year, they note.

“These 110 actions span a range of household products — everything from air conditioners and furnaces, to clothes washers and dryers, to kitchen appliances and water heaters — as well as commercial and industrial equipment.”

An action is a general term that just means an agency is doing something. Two of the main types of actions are proposing a rule and finalizing a rule. The proposal is the first step to creating a new regulation, and it outlines what the agency plans to do. For example, the action taken on Dec. 19 was a proposal to raise the minimum light bulb efficiency level from 45 to over 120 lumens per watt for the most common bulbs.

Once the agency has announced their proposal and some time has elapsed for public comment, the agency takes a finalizing action which establishes the rule as an official regulation. The 110 actions taken this year were a combination of proposing and finalizing actions as well as actions related to “test procedures and coverage determinations,” which the White House says are “rulemakings that lay the groundwork for DOE to issue stronger efficiency standards.”

The purpose of these new DOE regulations is primarily to reduce greenhouse gas emissions, but the Biden administration also argues these requirements will result in financial benefits to households. According to the White House, the average family will save at least $100 annually on energy bills because of these initiatives.

So what exactly are these initiatives? Let’s take a look at some of the highlights.

One of the first actions of the year was finalizing a rule that affects the cycle times of residential dishwashers as well as laundry machines and dryers.

Before the Trump administration, the regulations surrounding these appliances made it very difficult to run short cycles, because short cycles tend to be more energy intensive than the longer cycles. Trump reclassified these appliances in 2020 so they would be exempt from those rules and could thus have shorter cycles. The Biden administration disagreed with this move, however, and the rule that was finalized on January 12 effectively reverses Trump’s actions and returns to the old classification. Hence, thanks to this rule, dishwashers, laundry machines, and dryers will largely go back to longer cycle times.

The DOE proposed a new rule in early May that imposes more stringent requirements on commercial water heaters, such as those used in restaurants and hotels. As the DOE notes, “the proposed standards would require commercial water heaters to incorporate condensing technology, which significantly reduces energy consumption by extracting additional heat from the combustion process.”

Numerous other initiatives were proposed and finalized over the rest of the year including:

To hear the government tell it, these new rules are an absolute win. Carbon emissions go down, households save money, what’s not to like?

The problem with these rules can be uncovered with a simple question. If this is such a good idea, why aren’t people already doing it?

It’s possible people are simply ignorant or irrational, but there’s a much more plausible explanation: more efficient appliances tend to be more expensive.

Yes, there’s often a cost savings down the line, but that doesn’t change the fact that the price tag today is often higher for the more efficient appliance than it is for the less efficient appliance. And today matters a lot, because many people can’t afford high upfront costs, no matter how good the long-term savings may be.

In other words, it’s quite possible that the cheaper, less efficient appliance will serve the needs of consumers better than the more expensive alternative. Indeed, their act of choosing the cheap appliance over the efficient one indicates exactly that.

The new rules, then, have the practical effect of taking away the best option in the eyes of consumers. Consumers are thus forced to accept what they consider to be an inferior alternative, assuming they can even afford it.

In other words, by establishing minimum efficiency standards, the government is effectively banning low-cost appliances, appliances that people would have preferred, as evidenced by the fact that it takes a law to stop people from buying them.

The principle here can be summed up with the saying “good ideas don’t require force.” If switching to a more efficient dishwasher or laundry machine will genuinely benefit consumers, the government should have no problem persuading them to make these decisions voluntarily. If the government needs to force them, however, this is a clear indication that consumers don’t think it’s beneficial for them. Indeed, resorting to the force of law is effectively an admission that the idea is so uncompelling that the only way to get people to go along with it is to coerce them.

In light of the above, the Biden administration is completely wrong to insinuate that these new regulations will benefit American consumers. Emissions likely will be reduced, but this will only be at the cost of a lower standard of living. And if purchasing decisions are anything to go by, most Americans clearly don’t believe this cost is worth it.

This Invasion Is Brought to You by … Western Environmentalists