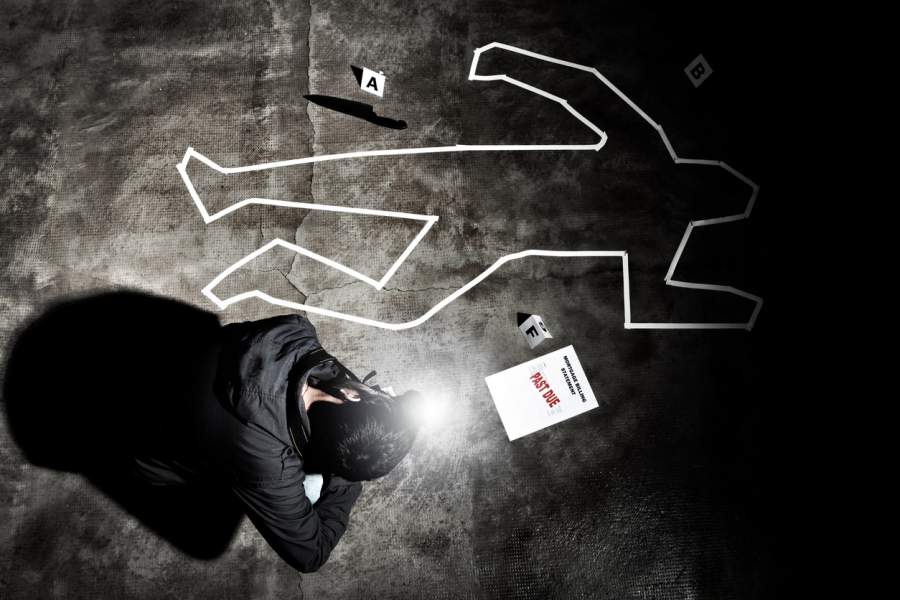 For the past year I have been doing a series of articles for The Stream about my experience in 2018, when the political left and its allies in the media tried to destroy me and my friend Brett Kavanaugh. It’s going to be a book.

In 2018 Kavanaugh was a nominee to the Supreme Court. Using opposition research, fake stories, extortion threats and possibly even a honey trap, the left tried everything to bring him down. The main weapon was Christine Blasey Ford. She accused Brett of sexually assaulting her in 1982 when we were all in high school. Ford claimed that I was in the room when the alleged assault took place. I became a drive-by casualty, a pawn they’d happily sacrifice.

Ford also claimed that her friend Leland Keyser was at the supposed party. Several of their mutual friends from Holton Arms, the school where Ford and Keyser were students, also came to Ford’s defense. But Keyser, whom Ford had named as a witness, would deny the party ever took place. She’d eventually tell the FBI that she had been pressured to change her story to support Ford.

Digging Up the Dead to Suborn Perjury Against the Living

One of these supporters was Sara Corcoran. I just did some reading about her, and Corcoran’s bizarre story seems like something out of a spy novel.

Just a day after Ford made her accusation public on September 16, 2018, Corcoran, a journalist who went all in on the great Russia hoax, published a piece in the Daily Caller. In “I Believe Kavanaugh’s Accuser,” Corcoran first admits that, as I‘ve written myself, the Holton girls were partiers:

Though long on academics, many Holton girls also found a way to have a very good time — author included. There were the wild house parties in Kalorama, chugging Milwaukee’s Best in Battery Kemble Park, temporarily borrowing my best friend’s mum’s car without a proper license, hurling eggs at moving vehicles, and decorating houses with squeezable Charmin. We were wild at heart and so were the boys we kept company with.

On October 1, Corcoran again took to The Caller to argue for Ford. Or rather, against Leyland Keyser. In an awful, macabre article, Corcoran informed the world of a tragedy Keyser herself had endured back in 1988, and rubbed it in Keyser’s face.

That year Keyser’s boyfriend suffered an accident at the Columbia Country Club. Corcoran: “On July 16, 1988, your boyfriend, Bill Leakes, dove into the shallow end of the swimming pool. I still remember the chaotic scene, the paramedics, and the shock of what happened. Our parents often warned us about diving into the shallow end or at any depth.”

It was incredibly unfair to both of you that Bill broke his neck and died shortly thereafter. You were an inspiration to those of us young members at the club and students at Holton-Arms School. I am asking you to do be an inspiration to us again by coming to the defense of Dr. Christine Blasey Ford.

I know it seems like it is easier to turn away and revisiting the past is never easy, but your statements harmed the validity of Dr. Ford. She will forever be vilified by the right and secretly loathed by the Democrats. There was nothing you could have done to save Bill from the fate that awaited him, but you can save Christine.

Lies, Spies, and a Gruesome Suicide

Keyser wouldn’t knuckle under to such a grisly tactic argument. She stuck to the truth: no such party as Ford had described ever took place. Kavanaugh was innocent. And he was duly, if narrowly, confirmed.

What happened to Sara Corcoran? In May 2020 Corcoran married Anthony Schinella, an American spy.

In June of the same year, in fact just weeks later, Schinella committed suicide. The circumstances are quite strange. From The New York Post:

A top CIA spy killed himself in front of his wife, whom he wanted to take to the “afterlife” — and she later discovered a massive stash of bondage and S&M gear, as well as hundreds of sex toys, guns and ammo in their home.

Anthony Schinella, 52, the national intelligence officer for military issues, shot himself in the head outside his Arlington home on June 14, but US intelligence officials have remained mum about his suicide as the CIA conducted a probe, the Intercept reported.

“My husband was planning on murdering me. He had talked about taking me to the afterlife before,” Washington, DC-based journalist Sara Corcoran, 46 — who had only recently married Schinella — told the Sun.

Corcoran described a horrific scene. She said that on the night of June 14 her husband guzzled vodka, then collected some personal items to keep by his bed. These included cards from the Chinese Zodiac, handcuffs, and love letters Corcoran had written him. “To have those three things together, you’re only going to sit there and kind of go through all of the notes I’ve ever written to you if you’re getting ready to leave this world,” she said.

Schinella continued drinking, and Corcoran begged him to stop. He pulled out a Glock and threatened to kill himself … for two solid hours. “I was trying to talk him out of it,” Corcoran said. “It was a traumatic ordeal. I was only fearful he was going to kill me when he started asking me about my grandfather. I didn’t call 911 at first because I was afraid he would shoot himself and me.”

Who Spends His Last Moments Wondering How to Pack the Supreme Court?

Corcoran said Schinella kept asking about her grandfather Thomas Corcoran. He was a lawyer and a key power broker in implementing FDR’s New Deal in the 1930s. According to Encyclopedia Brittanica, Corcoran “was also a key figure in Roosevelt’s failed attempt to add six more justices to the U.S. Supreme Court and to defeat certain members of Congress in the 1938 election.”

The Intercept noted that Schinella was weeks away from retirement and “was the highest-ranking military affairs analyst in the U.S. intelligence community, and was also a member of the powerful National Intelligence Council, which is responsible for producing the intelligence community’s most important analytical reports that go to the president and other top policymakers.” After his death, “an FBI liaison to the CIA entered Schinella’s house and removed his passports, his secure phone, and searched through his belongings, according to his wife, Sara Corcoran, a Washington journalist. A CIA spokesperson declined to comment for this story.”

A Part of the Russia Hoax?

On June 26, 2020, the New York Times reported that Russia paid bounties to the Taliban to kill American soldiers in Afghanistan. President Donald Trump was harshly criticized over the report. Yet, as James Risen and Mathew Cole write in The Intercept, “within days, the National Intelligence Council produced a memo that claimed that the intelligence about the bounties wasn’t conclusive.” That same story was recently further debunked in news reports as being part of the Russia hoax.

Risen and Cole observe that “at the time that the memo became public through press reports, there was no mention of the fact that the national intelligence officer for military issues — the one member of the NIC who should have had the most input into the analysis concerning military operations in Afghanistan — had killed himself just days earlier. In fact, Schinella was considered an expert on the Taliban and its military capabilities.”

It’s enough to give Oliver Stone pause. To think, in 2018 the media and the Deep State were scandalized because Brett and I drank beer in high school.