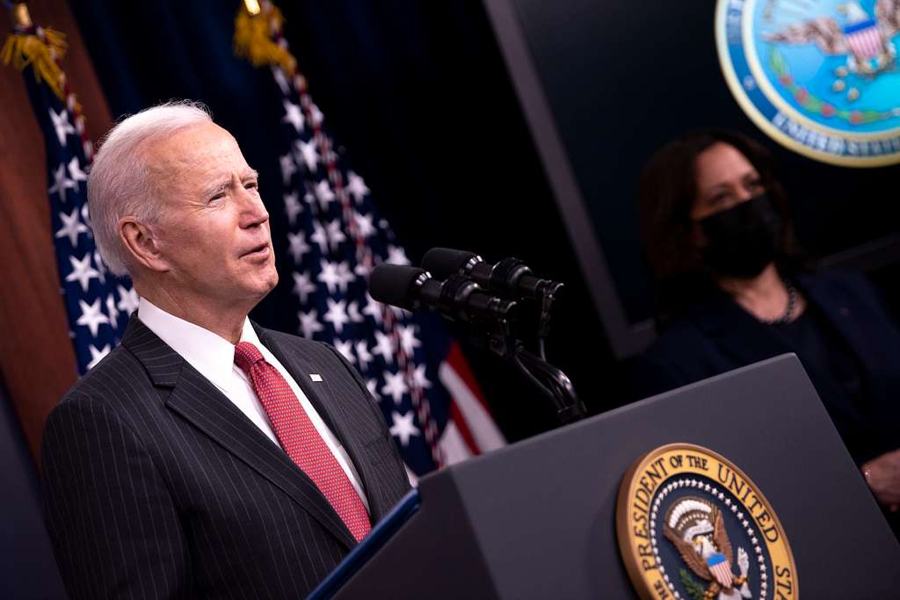 The power of American conservatives lies mostly in our numbers. The power of the left lies mostly in its ability to control language, which it does via media and educational institutions. This is what Joe Biden was doing last night: managing language (and mangling it). He used his bully red pulpit to label Trump supporters (“MAGA Republicans,” he called us, as if there’s an actual group by that name) as “extremists,” at least four times by my count; as dangerous to democracy (six times), dangerous to elections (uncounted numbers of times), and of course dangerous to America itself (the theme throughout).

More than once he called us violent, conveniently overlooking the Democrats’ summer of 2020. His language peaked at the phrase, “a dagger at the throat of democracy.”

It’s wrong. It’s absurd. And the media will support him in it.

They are used to wielding this power. The CNN headline says “Biden delivers stark warning about US democracy.” No, CNN. This was no “stark warning”! If the left’s daily deployment of language is like a series of grenades tossed at their opponents, this was more like the Fat Man dropped on Hiroshima. And like nearly everything else the left does with language, it was fully dependent on distorted vocabulary.

The Language of the Left

George Orwell built a totalitarian dystopia on words that don’t mean what words mean. C.S. Lewis’s dystopian novel, That Hideous Strength, climaxes in a scene where language falls apart and words no longer communicate meaning. This is precisely what America’s left has been up to for decades. If you believe in “love” and “tolerance,” by their rules you must think now that Christian love is hate.

To believe in “male” and “female” for transgender persons you must deny both for everyone else. To seek racial “reconciliation” you must do it by shaming yourself (if white), as if that promoted real human connection. And if whites show their appreciation for other cultures — a move toward unity in any world where sanity reigns — you must condemn it as “cultural appropriation.”

Words like these no longer mean what they mean, they mean whatever the left finds it useful for them to mean.

Words like these no longer mean what they mean, they mean whatever the left finds it useful for them to mean. They’ve virtually defined definition out of existence. Language is failing us, and when language fails, human connection fails.

Joe Biden’s “Soul of a Nation” speech was more than a failure of language, however. It was language being weaponized. Over and over again he said democracy was at risk. But “democracy” clearly means a one-party system to him. What else can we conclude when his whole point was that the party that’s a threat to Democrats’ power is a “threat to democracy”?

What Is An ‘Election Denier’?

He didn’t say it that way, obviously. He put it in terms he could get away with, that had some appearance of logic in them. It almost works, too, if you’re willing to accept the Democrat-mangled meanings it depends on.

It goes like this: America’s democracy, indeed its very soul, depends on our elections. Deny elections, and you deny democracy; you are a threat to the country, a dagger at the throat, an extremist.

The distorted term here is “election denier.” The logical fallacy is called equivocation, but that’s just a fancy term for flipping the meanings of words. Dems do it all the time. Take “election denier” as the current example: What does it mean?

Consider two extreme cases from actual history. Ronald Reagan won the 1984 presidential election by a massive landslide, carrying 49 states. If I’d said that year, “No, that was no real election!” I would certainly have been an election denier.

The year after that, 1985, Russia held elections for the Supreme Soviet. Konstantin Chernenko won the General Secretary’s position by an even greater landslide than Reagan’s: He got 100 percent of the votes. If I’d said, “No, that was no election!” would make that make me an “election denier”? Yes and no. I would deny that this particular day of balloting was genuinely an election, because the its structure was pre-ordained and fake. That would hardly make me a denier of elections in general.

Other countries hold elections that bear a much closer semblance to the real thing, but local and national corruption makes it hard to trust the results. International observers may be brought in to assure the integrity of the vote. Suppose they saw corruption but were unable to contain it. Very likely they would report to the world, “General Z __ won based on the reported results, but we doubt he won based on actual ballots cast.” Would they be election deniers? Yes and no: They would be deniers of that particular election, but not of elections in general.

Further question: Is it wrong to be an election denier? Of course it is — unless the “election” you’re denying was indeed deniable. In that case you might just be an “election integrity advocate.” Funny how Biden never broached that possibility.

The Lie That Biden and the Left Love to Tell

And that, in fact, is what the dispute is all about. No one denies the result as reported. We doubt the honesty and legitimacy of the process that produced that report. We see evidence of fraud there. Biden calls this a “conspiracy” with no basis in evidence, but that’s simply not true. Pardon me, I said that wrong: Biden is lying.

And isn’t it strange that after all these months, the party calling for a careful investigation of the 2020 vote’s integrity is labeled “a clear and present danger to democracy” (also in Biden’s speech). Meanwhile the party that won’t even look at the question gets a pass. Something’s wrong there, and it is indeed dangerous to democracy. But the threat isn’t in anyone’s call for an investigation. It’s in the blank refusal to investigate.

Still the left gets away with it. It does so largely by the power of labels. Words. Flipping their meanings upside down and weaponizing them against their opponents. Leftists do it frequently, they do it with great effect, and they’ve been steadily escalating it. I can only wonder where they’ll take it next. Once, conservatives were “intolerant haters.” It was nasty, it was meant to make us unacceptable guests in polite society, but it was nothing like the latest labels.

Those escalated to “racist” used absolutely indiscriminately, without regard for anyone’s actual attitudes or beliefs. The purpose there was to shame whites into submission – submission not to Black Americans, but to leftist prescriptions for how Whites should act and feel. They’ve called conservative campus speakers “unsafe” so they could fence them out of lecture halls.

At that point “contain and constrain” could easily jump to “corral and incarcerate.”

It’s all a power game, all of it meant to contain, constrain, and control conservatives. That was mild stuff, though. Now we’re “extremists”; “a clear and present danger to democracy.”

None of their labels have worked so far; not as well as they want them to, anyway. They haven’t shut us up, and they haven’t shamed us into total silence. Do you think think they’ll just quit trying now? When their very stake in all their power is at risk? (Be realistic now, please.) How short of a step would be from “dangerously extremist ideology”to calling us a “threat to national security”?

At that point “contain and constrain” could easily jump to “corral and incarcerate.” This regime has already done a practice run on that with the January 6 “insurrectionists.” Biden’s speech last night brought us very close to that point. Way too close.

I don’t know if it will happen. I do recommend that you think and pray through what it will take for you and your family to prepare for it.

Joe Biden to Half of America: Drop Dead, Fascists!