When Your President Declares You the Enemy 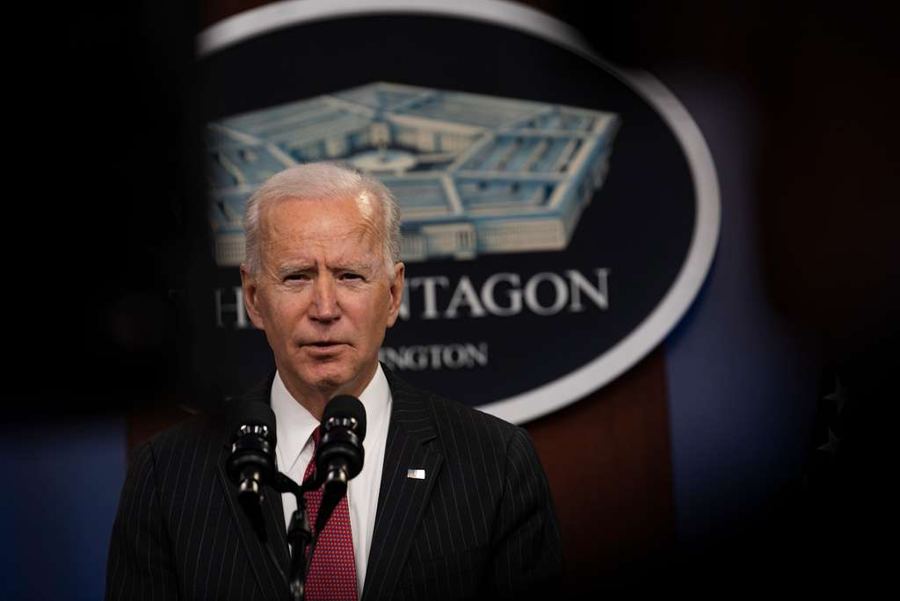 The Red Wave didn’t happen. America gave Joe Biden better than he expected. There’s a lot still unknown about this election, but that much has already materialized. The question now is what he’ll do with it.

My prediction is not a hopeful one. I think he’ll see it as a vote of confidence, an endorsement of his policies, a message that he should keep on cruising the same direction.

That would be a skewed, inaccurate read of the American mood, but no more than his answer when asked about his son Hunter’s legal troubles: “I think the American people want to get past that.” If only some of America counts as “the American people,” then he could be right about that.

That, too, is skewed, but there is evidence he sees America that way. On September 1, with an ominous Red Square behind him, he labeled “MAGA Republicans” as “extremists, and (echoing his January 6 speech) a dagger at the throat of democracy.” They are “a clear and present danger to democracy.”

Under former U.S. case law, that last phrase could easily have meant these people ought not be allowed free speech rights. It’s still a reason to deny the legal right to own firearms in many states. Americans may connect it with justification for war. I doubt Biden’s speech writers were unaware of that. And when authorities see a man holding a dagger at someone’s throat, they’re legally justified in killing him.

‘Enemies of the State’: You and Me?

A threat to American democracy is a threat to America itself. Richard Nixon’s infamous “enemies list” was nothing in comparison. He knew they were his enemies, not America’s. Joe Biden, in contrast, clearly sees these “MAGA Republicans” as enemies of the state.

Who then are they? Biden was vague on that at first, and he’s tried back-pedaling lately, trying to tell us he means only a small minority of Republicans. It didn’t work. By his own definition, he’s talking about 40% of Americans. That’s how many of us still doubt his election in 2020 was clean and clear. Our own president considers forty percent of Americans to be enemies within.

We need to see this with clear and open eyes, now that America has given Biden such a reassuring pat on the back. Conceivably he could content himself with victory and back away from this belligerence, especially with Democrats ending up winning the Senate.

Expect Biden to Double Down Now

Don’t laugh, please: I merely state it as a possibility. I expect he’ll double down on it instead. The Red Trickle of 2022 means America loves what he’s doing. (If we don’t now, we will once we understand it.) He’s on top. He’s got a mandate.

And he’s got power. Lots of it. Power that he sounds willing to to make sure Donald Trump doesn’t run again.

If he does anything whatsoever to carry that out, short of constitutional causes and without due process of law, it would not only be illegal, not only unconstitutional, but an unprecedented power-based defiance of democracy, the very essence of autocracy, the very thing he has accused Trump of.

I doubt those inconvenient facts will deter him, considering all the ordnance his party has already tried detonating under Donald Trump.

So where does that leave the 40% of us who aren’t sure about 2020? We may soon have company, for one thing. Biden says it’s outrageous and immoral to “restrict” children’s access to “transgender treatment.” He’s even more emphatic on abortion.

Given his semblance of a mandate, I think it not unlikely that those who believe in life, marriage, and sexual morality will soon join “election-deniers” as enemies. The entire Democratic Party has resolved to oppose Christian principles on these things.

Selling those convictions as “dangers to democracy” may prove a tougher challenge, but liberals have done more amazing tricks with language than that. I can see them starting with “climate deniers” as ones who pose “a grave threat” not only to America but to the whole world.

He Says You’re the Enemy

Let’s wrap this up with the conclusion we cannot avoid. If you are what Joe Biden calls an “election-denier,” then your president considers you an enemy of your country. Swish that around in your mouth a while before you spit it out. He has called you a grave threat to democracy, a threat to the constitutional system he has sworn to uphold. (Honest. We saw it with our own eyes.)

The political war is real enough, but the spiritual one is more real yet. It matters far more, and it is where the decisive battles must be fought.

He has all the power of executive action, plus potentially the Congress, with which to do that “upholding.” He has the military. They may or may not like cooperating with him, but no matter, he has the FBI, too, which unlike the military has the legal right to act inside our borders, and has proved itself more than eager to wage war on Trump and his colleagues. And disobedient parents.

President Biden has declared you his enemy. In doing so – I do not like this one bit, but the logic is inescapable – he has declared himself your enemy.

We may not like having enemies, and I am absolutely, emphatically repelled by the thought that my president might be my enemy. I would never want to call him that. I would never be the one to initiate calling him that. Still, reality is what it is, and this is reality: He said it himself, in so many words.

The Battle Is On

So where does that leave us? Love your enemy. Grieve for him. Pray for him. You need not pray he would succeed in his belligerence, nor should you. You need not take up his methods to fight back, either. It is war, make no mistake about that, and he is the one who has declared it. But “though we walk according to the flesh, we are not waging war according to the flesh” (2 Cor. 10:2).

The political war is real enough, but the spiritual one is more real yet. It matters far more, and it is where the decisive battles must be fought.

Violence is out of the question — but you knew that already. We fight instead on our knees in prayer, in the study searching out truth, in community supporting one another, and in the public square living God’s truth and goodness unflinchingly.

Our president has made us his enemies, and he calls us enemies of America. It is the saddest thing I can think of saying right now. He intends to fight us. This is how we fight back. And fight back we must.