The New Yorker, The Nation, and the United Nations all warn that the lockdown threatens famine. 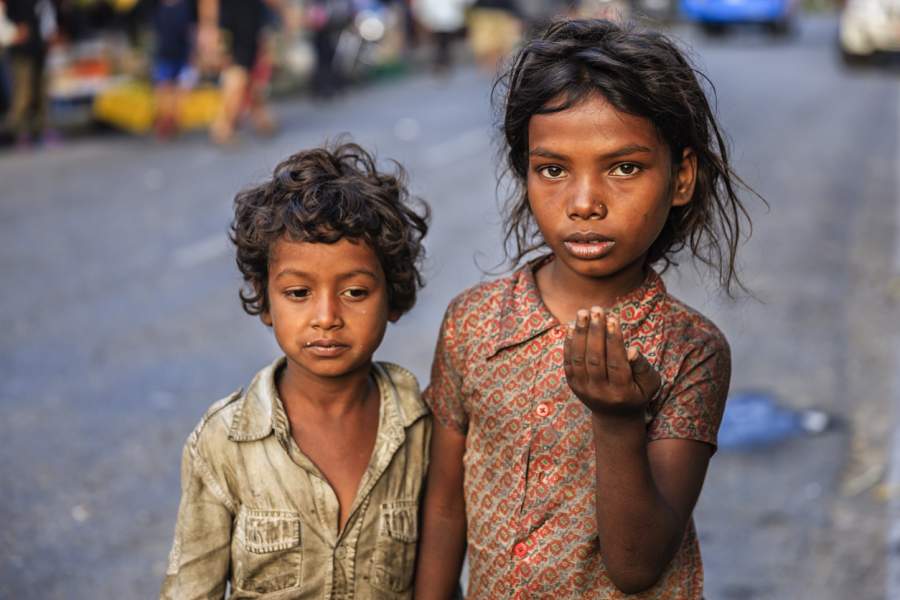 That’s an honest question. It’s one you should pose to leftists who favor extending America’s lockdown indefinitely. Who may have even convinced themselves that they care about the vulnerable.

First we had to flatten our way of life “long enough to flatten the curve.” We crushed the curve. Even in New York City, the hospital system was never overwhelmed. Now there are thousands of empty hospital beds even there. Health care providers are going broke, since “inessential” procedures stay banned. Trivial medical interventions like cancer screenings, root canals, and knee replacements — Botox-level frivolities like that. We can worry much later about the casualties that causes. Or we don’t have to, since they won’t get tallied or reported. And certainly not blamed on the lockdown hawks.

The next goalpost was “till we have enough masks and ventilators.” That one whizzed past so quickly we barely noticed it. Mention it now and you just seem stupid. “That’s so … mid-April 2020,” the smart set will scoff. “Why don’t you listen to … Science? Believe facts over truth! Trust Dr. Fauci, omigod you religious fanatics!” That may or may not be a direct quote by Joseph Biden. We couldn’t quite make out his words.

How about the goalpost: “till we have secured nursing homes and protected the most vulnerable, who account for almost half the deaths in many states”? Just kidding. The left never cared about that. Just ask Joe Biden’s virus expert Ezekiel Emanuel, who invokes the “duty to die” at age 75, after which he would deny old folks life-saving medicine. Or the governors of massive blue states California, New Jersey, Pennsylvania, and New York, who for long deadly weeks — sit down for this one, because it sounds like something made up by guys in tinfoil hats — dumped virus patients at nursing homes. A growing backlash, which started largely here at The Stream, soon spread to Fox News. Now some of these governors are finally backing down, reluctantly. So there are still old folks left alive in those states, despite their governors.

What are the goalposts now? Do they stand at “till we have a reliable vaccine and have forced everyone in America to take it”? That’s a safe one, since five years will likely pass, with no guarantees on that score.

We think we know the real goalposts: Till the limping, battered economy drives enough blue-collar workers to deaths of despair, closes enough small businesses, and makes sufficient Americans 100% dependent on government money to induce a national Stockholm Syndrome. Then like a traumatized, battered Patty Hearst, Americans will numbly reach out and vote for their captors, the Democrats. The very next day, the media sirens will sound the “All-Clear!”

The Children Will Suffer

Perhaps we’re being unfair. Maybe the people who cheered the destruction of General Mike Flynn, of Brett Kavanaugh and Mark Judge, of Nick Sandmann, Carter Page and George Papadopoulos aren’t as ruthlessly addicted to power as we suspect.

Ask Democrats how many African kids they’re willing to starve to beat Donald Trump, and retake the U.S. Senate. No really, we’d like the number. Is it one million, five, or ten?

There’s one way to find out. Ask them how many African kids they’re willing to starve to beat Donald Trump, and retake the U.S. Senate. No really, we’d like the number. Is it one million, five, or ten? How many fragile countries devoid of white, Christian males are they willing to plunge into civil war? We already know that there’s no limit to the pain the left will inflict on America’s working class. But to be fair, lots of them are white, and many voted for Donald Trump. They might do so again. So they kind of … deserve it. (“Bad voter, bad! No job for you! Get back in your crate.”)

But what did the children of Sudan, Syria, and Pakistan ever do to our elites in Park Slope and Georgetown? Why should they suffer?

And suffer they will. We warned people back on April 13, right here at The Stream. At the time, the only people warning about the threat of global hunger and instability were a few heroes inside the Trump administration. Of course, the media laughed them off. If you’re a person single-mindedly focused on grabbing power at any cost, you tend to project your priorities onto others. So few repeated their warnings.

The Shutdown Threatens the Food Lifeline

But these genuine humanitarians whom President Trump tasked with preventing a global food catastrophe kept right on working. They somewhat flattened the Hunger Curve, but it’s still liable to crush millions.

That’s happening in Africa and the Middle East right now. How long before it spreads to Latin America, too?

David Beasley, executive director of the United Nations World Food Programme (WFP) is another hero in this battle. He’s globetrotting trying to stave off a man-made human catastrophe. On May 8, Beasley issued a grim prediction. As the Atlantic Council reports:

Up to 300,000 people could starve to death every day if the COVID-19 pandemic ruptures global food supply chains—even more than the roughly 275,000 people who have died of the disease worldwide so far.

“If farmers can’t get food to the marketplace, it impacts the rest of the population. And if farmers aren’t out there planting, then next fall when it’s harvest time, there’ll be serious food shortages. In Sudan, for example, there’s flooding. And desert locusts are consuming a million acres of just-planted crops. You’ve got a perfect storm of extraordinary proportions coming together right now.”

According to Beasley, 821 million people go to bed at night chronically hungry; another 135 million are acutely food-insecure. But as COVID-19 wrecks the global food supply chain, that number could more than double to 265 million — roughly the population of Indonesia.

“Acute means you’re on the brink of starvation,” he said. “On any given day, we feed about 100 million people, of which 30 million get their only food from us. You can go a few weeks exposed to a disease, but you can’t go two weeks without food.”

If economic deterioration continues and supply chains break down, he said, “you could have 150,000 to 300,000 people die of starvation every day for several months — at a minimum.”

Maybe you don’t believe Amb. Tom. Or Mr. Beasley. Or us. You think we’re being callous, partisan MAGA zealots who don’t “believe science”? Fine. Don’t listen to us.

How about The New Yorker? Maybe we can agree it’s not a GOP mouthpiece controlled by the Christian Right or the Koch brothers. Here’s the latest headline from The New Yorker : “COVID-19 Will Lead to ‘Catastrophic’ Hunger.” In it, we hear from Arif Husain. He’s the chief economist and director of research, assessment, and monitoring at the United Nations World Food Programme. Husain notes the sudden spike in the millions of people suffering from “chronic hunger.” That means

Husain then points to a second number, the total of those suffering “acute hunger.” That means people who normally are well-nourished as we are. But their situation is fragile, and emergencies deprive them of food. That total has shot up as well, even before the virus: “[T]hat number, in 2016, was 80 million. At the end of 2019, that number was 135 million. That’s almost a 70 per cent increase.”

All of that’s just background. With the massive disruptions of the food chain supply, and economic damage thanks to our indiscriminate lockdown? Husain predicts our policies will make

an already really bad situation catastrophically bad. And what we are projecting, as we speak, is that there will be an additional 130 million people who will become acutely hungry in 2020.

Or listen to The Nation, the furthest left mainstream magazine in America. It reported on May 4:

Even as people around the world grapple with the medical and economic consequences of the Covid-19 pandemic, many are also facing yet another great calamity: food scarcity. Either for lack of funds or lack of supply (or both), poor and newly jobless families are finding it increasingly difficult to obtain the food they need. With both economic contraction and joblessness expected to accelerate in the coming months, the number of families facing food insecurity and starvation is bound to soar.

The curbs on international trade and travel imposed by governments around the world in response to the pandemic have also played havoc with global supply lines. Many ships and planes remain idle because of such restrictions (or because key employees are sick or afraid to show up for work), slowing the delivery of vital supplies and adding to a surge in food prices. In East Africa, international efforts to combat a historic plague of crop-devouring locusts are being hampered by a slowdown in the delivery of pesticides.

The U.S. is the world’s breadbasket. Our highly efficient, safe, clean food exports are one of the last lifelines of hundreds of millions of the poorest people on earth. And our politicians are wantonly sabotaging that life-saving mechanism, allegedly to protect us from a disease we’re all going to be exposed to, sooner or later.

How do these people sleep at night?

LIFE’s Mission Feeding outreach has been a proven answer to the nutritional needs of starving and malnourished children. Each bowl of food contains vitamins and nutrients needed to stop the vicious cycle of malnutrition and death. That’s why we say, “There’s LIFE in every bowl, and hope for every LIFE!” Click here to see how you can help.