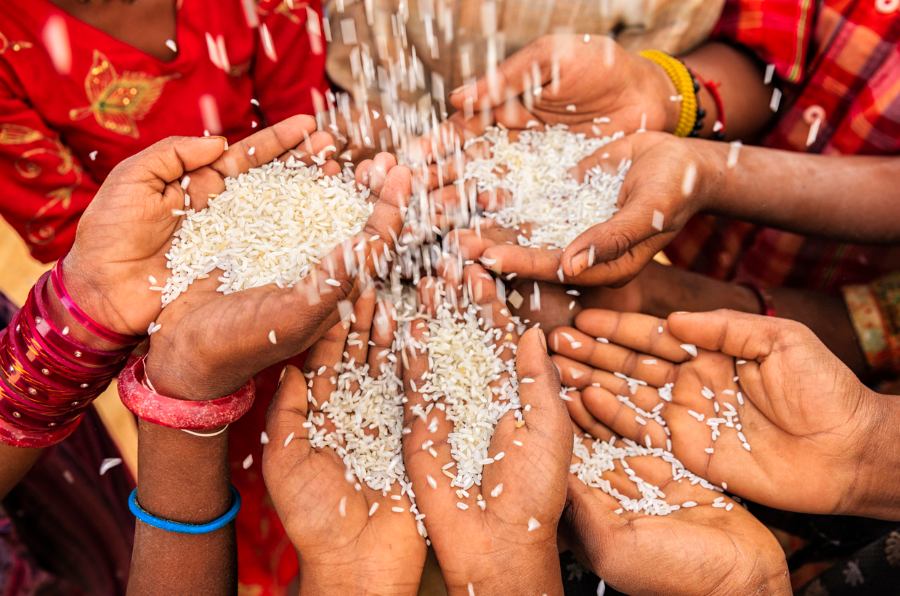 We must protect Americans in the greatest danger from the Coronavirus. Yes, we honor our fathers and mothers. We love our neighbors, sick or healthy, as ourselves. But we also love our freedoms, and the Constitution that guards them. And we must go even further, and love our fellow man in poor countries far away. We cannot let our zeal for fighting this new disease make us radically short-sighted and selfish. Our regime is not like China’s.

There’s a vast at-risk population which few commentators bother to talk about. Here at home, millions of working class and poor Americans cannot afford another month, much less eighteen months or more, of state-imposed austerity. Beyond our shores, hundreds of millions face the prospect of hunger, and hunger-driven wars. Ripple effects from the U.S. socioeconomic paralysis threaten to drown them. When America sneezes, these people catch pneumonia.

The Coronavirus is a real threat and a new one. But it’s far from being the worst cause of death on earth. That “honor” goes to hunger, the oldest plague of our race.

Tyranny has been the second-greatest killer in modern times. Historian R.J. Rummel documented in Death by Government that in just 90 years, almost 170 million people were murdered by the regimes whose job it was protect them. That number doesn’t include casualties of war. So pardon us if we take safety precautions against our own governors and mayors when they attacking our country’s Constitution. That thin paper wall protects us from the dangers of the Tyrannovirus.

Warnings from the Front Lines

The warnings stream in from front-line responders. For instance, Feeding America, America’s largest hunger-relief network. It described the impact of our national lockdown as a perfect storm of high demand, low donations, and few volunteers. In a letter to the White House, the American Farm Bureau offered a solemn warning. The “skyrocketing demand” at foodbanks and food pantries threatens public order. Governors have deployed the National Guard to keep the peace.

Millions of working class and poor Americans cannot afford another month, much less eighteen months or more, of state-imposed austerity. Beyond our shores, hundreds of millions face the prospect of hunger, and hunger-driven wars.

Right now, those same governors are mulling over the White House’s “three-phase” plan for reopening our country. We can’t let them lose sight of the most fundamental moral imperative: to keep food flowing to the hungry. That means, in practice, liberating the food supply chain so our most vulnerable don’t suffer any more than they already have. The longer local officials wait to move U.S. locales from “phase one” (today’s lockdown) to “phase two” (younger, healthier folks going back to work)? The more we’ll prolong the suffering.

Nine Missed Meals Away from Anarchy

Look past the struggling food banks and U.S. supply chains fraying from the pandemic lockdown. Low income countries are staggering toward the brink. The World Food Programme’s (WFP) maintains a food security index. Today, that index shows African and Middle Eastern countries are the most at-risk for food insecurity. The WFP is preparing to ramp up operations to feed anywhere from 100-120 million people in more than 80 countries. The longer the U.S. stays locked inside, the hungrier and angrier those people will become. As officials at the U.N. have warned us: “Children are not the face of this pandemic. But they risk being among its biggest victims.”

Bolshevik revolutionary Leon Trotsky didn’t say it. Alfred Henry Lewis, a novelist from Ohio, made the famous observation: “There are only nine meals between mankind and anarchy.” Look over history. See how hunger cracked public order in France in 1789, and Russia in 1917. Dozens of countries in the developing world might face similar chaos, and give way to such evil regimes. Do we have your attention now?

Malnutrition and chronic hunger accounts for nearly half of all deaths in children under the age of five in the developing world. Even before the Coronavirus broke the U.S. economy, 821 million people went to bed hungry at night. How much worse have things gotten now, with the breadbasket of the world, the United States of America, shackled and staggering? We won’t know till the new death figures come in, months from now. A Cornell Alliance for Science fellow in West Africa warns what his country faces. “The hard reality facing us all is that Ghana is virtually sitting on a food security time bomb… .”

India reports a mass exodus from farms as stay-at-home orders are enforced. That means a farm labor shortage which a BBC India correspondent called “unprecedented.” Meanwhile, in China, rural populations far removed from the Communist Party elite and its fat bank accounts will also suffer.

Nations with the worst governments, the most corruption, and the hungriest people, will feel the harshest impact of America’s shutdowns and lockouts. Likewise, citizens of our worst-governed cities and states will face a bleak future this winter.

The world needs America working again. So do Americans.

Jones and Zmirak jointly authored The Race to Save Our Century.