No, But Panic Kills, Especially in Nursing Homes. 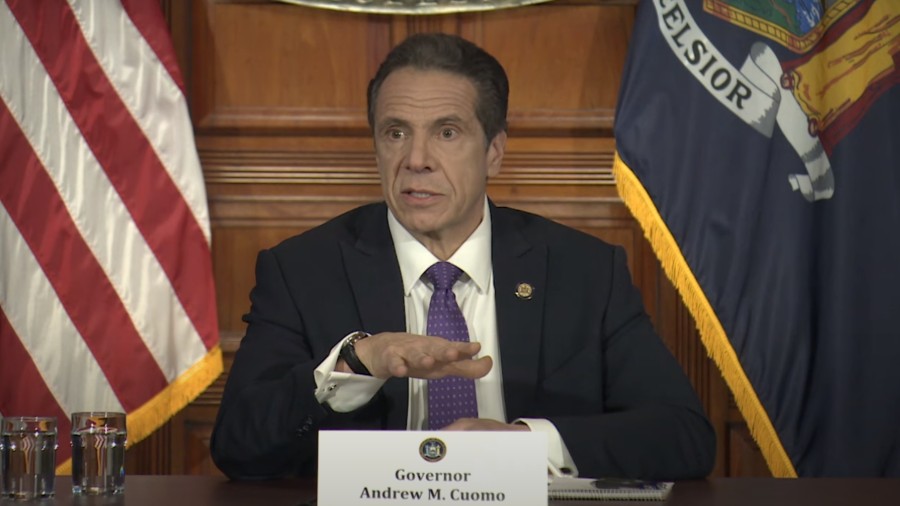 As my faithful readers know, I’ve been pretty tough on New York Governor Andrew Cuomo. I asked in my columns and on The Eric Metaxas Show if he should be charged with negligent homicide. That wasn’t because he’s a Democrat, or a leftist, even because he’s pro-infanticide.

It’s because of the outrageous, death-dealing policy he  imposes on nursing homes, along with the governors of New Jersey and California. That is — forcing nursing homes to take in coronavirus patients. As I told Eric, I’m angrier at Andrew Cuomo than I ever was at Osama bin Laden, who attacked my hometown when I lived in it. Why? Because bin Laden never claimed to be an American, much less a public servant.

I wondered on the air and in print what possible motives could drive such a policy. It seems intended on the face of it to expose the most vulnerable Americans, the old and helpless, to a likely fatal infection. All of this while locking down the young and healthy, massively growing the government, suspending the Constitution, and tanking the economy just before President Trump seeks reelection. We’re turning our lives inside out and risking global famine just to fight this virus. And blue state governors’ policies are spreading it to those most likely to die of it.

Is Cuomo a Reptilian Shape-Shifter?

What could possibly drive rational actors, whatever their ideologies, to put the weakest in danger, even as they quarantine and bankrupt the strong? I came up with a few tentative, profoundly cynical theories:

I didn’t really want to believe any of these hypotheses. But I couldn’t find a less unsettling alternative. Yes, early on I talked about “Coronavirus story hour in nursing homes.”But that was satire, not a policy paper. Governor Cuomo, if you’re reading this, PLEASE have someone with a sense of humor read over any of my columns in future before you put them into practice. It’s safer that way. Do we have a deal?

I couldn’t just sit back and accept that Cuomo is a hostile invader from outer space. Or even that he’s willing to kill off old New Yorkers for political or ideological motives. After all, some of those people dying in nursing homes are surely here illegally. At the very least, Andrew wants to keep them alive. Right?

So I kept on reading, digging, thinking. I was frankly becoming desperate, because my anger kept on building. While TV hosts blamed the president for fish-tank cleaner deaths, journalists just kept on giving Cuomo a pass on this lethal policy, night after night after night. I almost threw a soda can at the flatscreen on Sunday when Fox reporters raised Cuomo’s actions with President Trump. In fact, they lobbed the issue across the plate like a softball, expecting Trump to hit it out of the park. Instead he chose to bunt, and brag about the great work he did prepping the Javits Center.

I was approaching what I call “the Zoolander moment.” That’s how I describe the state of rage, befuddlement and learned helplessness you reach when exposed to too much toxic idiocy.

Then I found the help I so desperately needed. It came from the kind of people you don’t see very often. They’re part of a vanishing breed, as rare as a TV repairman or old-fashioned copy editor. I mean reporters. People who don’t just share their views in 1000 word columns as I do. Or collect stray quotes and anecdotes that fit a pre-set narrative, omitting those that don’t, as the MSM do. A real reporter might follow a hunch and start with a theory. But he follows the facts as a beagle would a trail of meat cubes. And then he presents his report in as neutral a tone as he can manage.

Governors feared the coming tsunami of young, healthy people (taxpayers, not pensioners!) allegedly headed for hospitals. They had to flatten that massive curve by any means necessary.

In this case, a team of reporters did the job. Not opinion typists at The New York Times or The Atlantic, but a good old-fashioned regional newspaper, The Bucks County Courier Times. Their story’s title tells it all: “States ordered nursing homes to take COVID-19 residents. Thousands died. How it happened.” Read it and weep.

Really, please do go and read it, because it highlights systemic failures of governance, good sense, and courage. But I can sum up its main finding really briefly: Thousands of Americans died and are dying in nursing homes of COVID-19 for a very simple reason. They’re dying thanks to the panic whipped up by major media and by our leaders. That’s right.

It isn’t overconfidence that’s killing Americans, as The Atlantic charged in its story about a red state re-opening: “Georgia’s Experiment in Human Sacrifice.” No, the panic is what’s killing the thousands of elderly Americans trapped in nursing homes, without visitors, clergy, or even Last Rites at their lonely deaths. Because according to the Courier Times, what drove blue state governors to dump virus patients at nursing homes was fear.

They feared the coming tsunami of young, healthy people (taxpayers, not pensioners!) allegedly headed for hospitals. They had to flatten that massive curve by any means necessary. And that meant that if someone from a nursing home suffered from coronavirus at a hospital, job one was to get him “medically stable” (though still contagious) and send him back to the nursing home. New York won’t even let nursing homes test people to see if they have the virus. (Good luck with that quarantine, doctor!)

The Javits Center and the USS Comfort stayed empty, along with most of the Samaritan’s Purse tent hospital — which is leaving New York amidst anti-Christian abuse from New York’s City Council. (“Thanks for nothing, now go home, snake-handlers!”)

We’re flattening the curve, all right, with the bodies of our grandparents and Korean or Vietnam War veterans.

Panic kills.  Re-open America, and spend our resources protecting the vulnerable, not starfish on California beaches.