Hard Question for Christians: The Bible Says We Have Enemies, So Why Won’t We Say So? 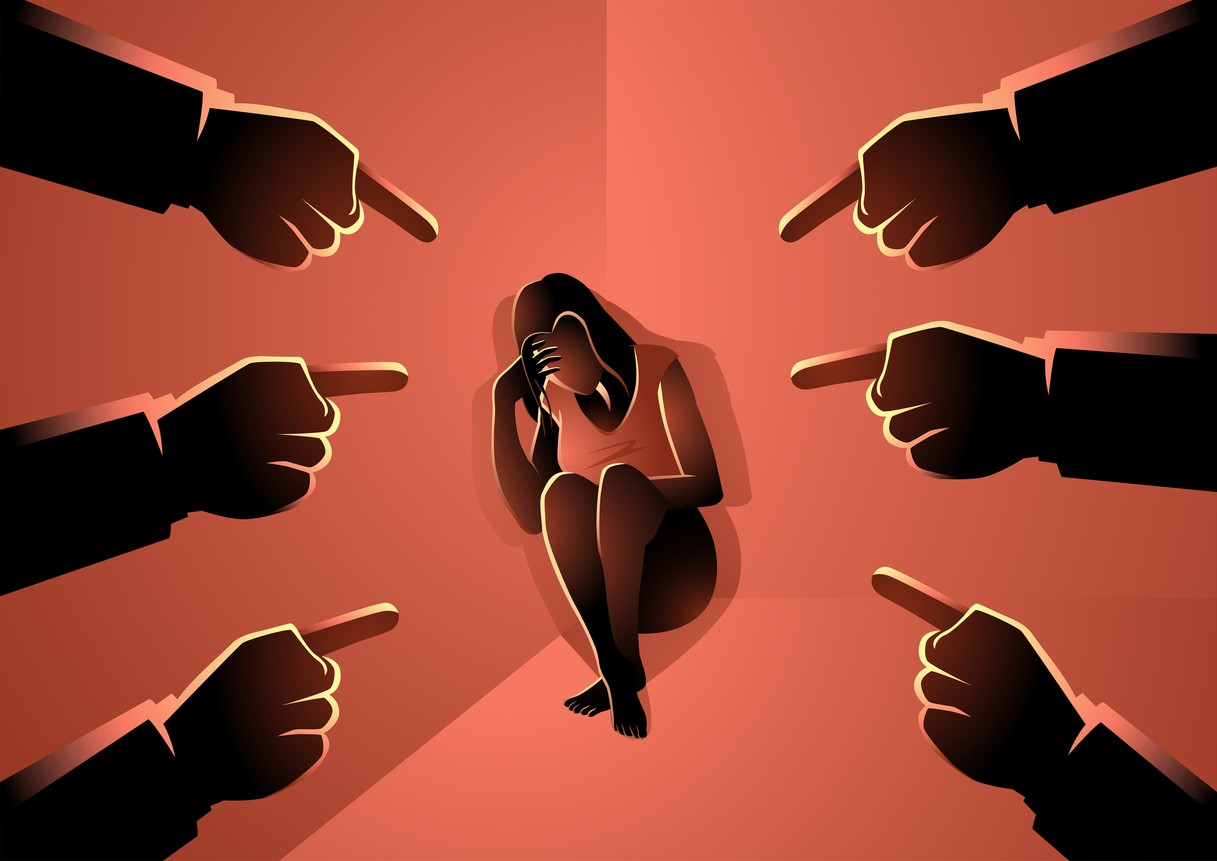 I’ve just finished a series on gay activists and the Christian faith, where I called them our enemies. Yes, enemies. That label shouldn’t bother them, since they called us their enemies first, but I suspect it might bother a lot of Christians. Calling someone an “enemy” — especially a fellow American — is the last thing most Christians want to do. It’s as distasteful as it gets. I think that’s why decades after the culture wars started, we still put scare quotes around the words: “culture wars.” We don’t want to admit it’s a war. We don’t want to call anyone “enemy.”

I’ve got news for you. It’s a war. There’s no avoiding it. But I’ve got even more surprising news for you: Our delicate hesitancy to call it a war is wrong. We may think it’s more loving, more biblical, more Christian to avoid labeling anyone our enemy, but it’s not. It’s wrong on all three counts.

Before we go there, let’s get an idea who we’re talking about. I’ve already mentioned gay activists. I’m specifically not talking about the gay person you work with, the same-sex couple down the street, or your lesbian family member. I have no idea where they stand on Christianity. I do know that gay activists want to destroy the faith.

We have other enemies besides. Take Demetre Daskalakis, for one. He’s an openly avowed Satanist who revels in pentagrams, upside-down crosses, and disturbingly distorted images of Jesus. The person who sent me links demonstrating that said, “You can’t post this on The Stream. It’s too graphic, and too disturbing.” He was right. (If you really need the proof of it, I’m sure you can find it on your own.)

This high-level Biden appointee has chosen sides with the enemy of our souls. For Christians, that’s as good as him declaring himself our enemy.

“So what?” you might ask. Maybe you don’t recognize the name. You know the man who gave him his current job: Joe Biden, who put him in charge of America’s response to monkeypox. Our president is giving serious aid and comfort to a Satanist. You can decide for yourself where that puts President Biden, specifically with respect to the Christian faith. (I won’t suggest you draw any other conclusions.)

Enemies Everywhere in the Bible

What I Counted and Didn’t Count

The numbers I report here are specifically and exclusively about conflict with people. In each of these passages I’ve counted for this analysis, there is a person or group who’s set themselves up against Christ and the faith. So it’s very specifically about anti-Christian persons (i.e., enemies), not merely anti-Christian beliefs or teachings.

For example: Many New Testaments passages rebuke false teachings, but I counted those passages only if they mentioned an actual false teacher, someone who would have been identifiable at the time.

There’s one exception to that rule: I took a looser approach with passages mentioning imprisonments, beatings, martyrdoms, and other violent persecutions, such as the Hebrews are said to suffered in Hebrews 10. It’s safe to assume there were anti-Christian persons involved in those cases, not just anti-Christian thinking.

It’s a verse-by-verse count. For each verse that mentioned some antagonist to the faith, I tallied that as one to be counted. It’s a measure of frequency, nothing more than that, but also nothing less than that.

Still “enemy” is a nasty word, isn’t it? Such an ugly, confrontational feel to it. And didn’t Jesus tell us to love our enemies? He did indeed. I hope to echo Him on that here. And its a hard command to obey if you won’t acknowledge they exist.

But they do exist. In the Bible, even. In very large numbers. I’m not talking about the Old Testament wars, either, where it’s way too obvious. I’m talking about the New Testament. You’ll be surprised how many enemies are named there.

One way to find out is just to to through the text and count, so that’s what I did. First I chose the book of Luke to represent all three Synoptic Gospels (Matthew, Mark, and Luke). Looking there in Luke, and also in the Gospel of John, I did the count, and found that one verse out of every five has some person or group pitted against Jesus Christ. Twenty percent is too much to let us keep saying, “That’s just Old Testament stuff.”

I found even more in Acts, where almost 28% of verses in Acts talk about people who stood in opposition to the early Christians. And I didn’t even include any of the conflicts between the apostles.

Conclusion: Jesus and the early church both had enemies. Lots of them.

Enemies in the Rest of the New Testament

I kept on with the count. The numbers went down in the Epistles, which is understandable since they’re more about teaching, and less about story and action. Still it was one verse out of every ten there. And it’s serious stuff. Read 2 Timothy, Titus, or Jude and you’ll see. Read 2 Corinthians, where there’s intense conflict hovering over the whole letter, due to other self-proclaimed “apostles” trying to set themselves up as authorities against Paul there in Corinth.

Finally, Revelation is a message of conflict from beginning to end. The majority of it by far is about God doing battle, yet there’s still plenty of human-against-human conflict: It’s in one verse out of every five.

So let’s recap those numbers: There’s opposition to Christ and Christianity in 20% of verses in the gospels of Luke and John, 28% of verses in the Acts, 10% in the Epistles, and 20% in Revelation. Overall it’s more than 1,100 (still not including Matthew and Mark) — one verse in every seven.

Are we still going to say it’s unbiblical to admit we’re in a state of conflict?

Enemy opposition in the Bible takes two primary forms. Some opponents did physical harm, or at least tried to. The plots against Christ and finally His crucifixion Christ started it. (If I’d used Matthew, it would have begun with the Slaughter of the Innocents). It continued with imprisonments, beatings, and killings inflicted on the early Christians.

Bad as that was, the New Testament takes false teachings (and false teachers) even more seriously, for the spiritual harm they do. Beatings are temporary; heaven and hell are eternal.

As hard as it may be to love our enemies, it’s completely impossible if we pretend they aren’t there.

The fight is over truth more than anything else, for it is the truth — specifically the truth of Jesus’ teaching — that sets people free. See John 8:31-32 — and don’t even think of skipping verse 31 there! Satan, the ultimate enemy, is “the father of lies” (John 8:44). That’s why it’s so interesting to me that the harshest (if you can even call it that!) tactics the early Christians used against their enemies were tactics of truth.

When false teachers invaded the church, leaders opposed them by preaching, teaching, explaining, and defending the integral truth. If opponents claimed to be part of the body of believers, the church said “No, you’re not one of us,” and put them out — which was simply to speak and to live the truth. It’s a battle for truth, through and through. That’s still our guide and model for engaging spiritual enemies today.

So We Have Enemies — Now What?

My count through the New Testament was quick and not terribly precise. There’s a lot these numbers don’t reveal: who our enemies are, how we should answer them, or what’s going to happen to them, among other things. But they do show this: It is absolutely not unbiblical to have enemies. Having enemies is actually common. It’s normal. It’s biblically normal.

Jesus Himself came right out and told us to expect to expect people to hate us. (John 15:18-25) If we’re surprised we have enemies, it means we’re not reading our Bibles. Worse than that: If we’re uncomfortable or embarrassed about it, we’re probably expecting a kind of peace the Bible never told us to expect and never modeled. We’re expecting something false. Unreal. Wrong.

Jesus told us to pray for our enemies. It may be the hardest command to fulfill in all the Bible. If we think we make it easier by denying we have enemies, we’re actually making it worse. Denying reality is no way to follow the Lord. Neither is ignoring the biblical model. As hard as it may be to love our enemies, it’s completely impossible if we pretend they aren’t there.