‘Big Guns’: How Decades of Shrewd, Calculated, Bigoted Gay Rights Propaganda Deceived the World Into Thinking Their ‘Enemies’ Are the Bigots 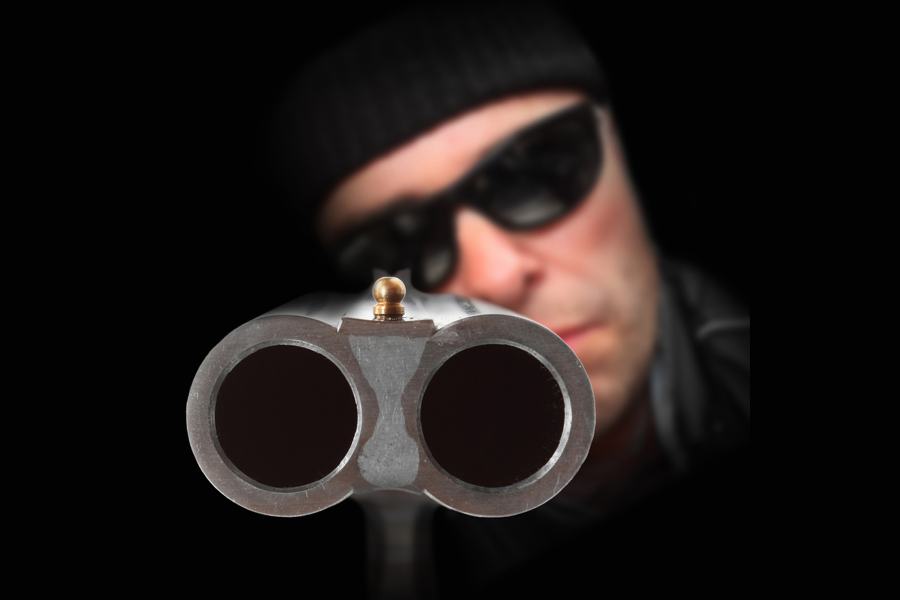 You’ve heard this, right? “Christians are bigoted, intolerant, repressive, and wrong for opposing homosexuality and the transgender movement.” If you think it’s true, you’d better take note of where it came from. It may be the common wisdom these days, but it’s uncommonly foolish, and it comes from uncommonly deceptive sources.

Too often we think the question of homosexuality and transgenderism has just one side: whether same-sex intimacy, same-sex marriage, and transgender transitioning are right and good for the persons who want to do it. There we’re talking about people we interact with every day: friends, family members, classmates, and colleagues.

There’s another side to go with it, though: Christians’ response to homosexuality. This one I consider darker than the other — but that’s not because Christians are as bad as we’re made out to be. It’s because we’ve been targeted.

I am not talking now about your friend or your family member doing this. It’s unlikely they’ve had anything to do with it. This is about a relatively small but well-funded group of gay activists and their allies, especially in education and the media. They’ve carried out a well-crafted, rather well-documented, and thoroughly manipulative strategy to make homosexuality look good and conservative opponents — especially Christians — appear as “enemies” and monsters.

This article is for every believer, but it’s also going to be included as material for the Pastor’s Corner. How it fits for church ministry may not be immediately obvious, as many pastors would have trouble seeing it as “preachable material.”  That’s fine; it’s not intended to be. The closing point of application (below) fits in church as well as any other setting, but there will be more to the story as the current Pastor’s Corner series continues.

How the World Has Changed

The world has shifted 180 degrees in its views on sex and gender, and it has happened at blazing speed, but not because we’ve reached a sudden point of moral advancement. It’s because a movement’s leaders strategized (I’m using their words now) to propagandize, “jam,” and manipulate their us into carefully directed emotional reactions, and to keep us from thinking clearly.

The evidence is in their planning first of all, especially Marshall Kirk and Hunter Madsen’ 1989 strategy manual, After the Ball: How America Will Conquer Its Fear & Hatred of Gays in the 90s. It’s the most disturbingly brilliant work of strategic planning I’ve ever seen. (You can read an article-length version here.) The rest of the evidence is in the history of how they carried out that strategy.

Let’s begin with their intentional propaganda.

“We have in mind a strategy as calculated and powerful as that which gays are accused of pursuing – or if you will, a plan as manipulative as that which our enemies themselves employ.” That statement, found on page 161, summarizes the entire book. Short as it is, three things jump out from it.

First, note how they intend to be as bad as they’ve been accused of being; to live all the way down to their reputation. Notice also that they label us “enemies.” I don’t hear that language from Christians, although if we did use it, we’d immediately remind everyone listening if we have enemies, then Jesus calls us to love them.

They couldn’t have stated their designs any more clearly. In their own words: “calculated … powerful … manipulative.”

And then take note of their intent to manipulate. They couldn’t have stated their designs any more clearly. In their own words, it’s “calculated … powerful … manipulative.” Persuasion is one thing, but this is something else entirely. Honest persuasion operates in openness and in truth. Manipulation means hiding their methods and using deceitful messages. One reason we’re living in a “post-truth world” now is because gay activism has persuaded so many people of so much, using so many techniques that have so little to do with truth.

Doubt me? Read on.

The authors go on to say,

It’s time to learn from Madison Avenue, to roll out the big guns. Gays must launch a large-scale campaign … to reach straights through the mainstream media. We’re talking about propaganda.

(Italics are theirs.) I am not making up these quotes. Besides being calculated, powerful, and manipulative, it’s propaganda targeted straight at us, with big guns blazing. (They speak honestly about some things, anyway.) “Propaganda,” they say, “relies more upon emotional manipulation than upon logic, since its goal is, in fact, to bring about a change in the public’s feelings.” They announce their intent to use “techniques” such as “desensitization, jamming, and conversion” that are “derived directly from a solid understanding of the psychology of homohatred.”

“Jamming” means to flood the person with emotionally conflicting imagery, to cause emotional confusion leading to mental doubt about her or her values, and then guiding the person toward the “jammer’s” intended new values. Apologies if that sounds convoluted, but you should try reading the page-and-a-half they spent trying to explain it. This example should help:

The trick is to get the bigot into the position of feeling a conflicting twinge of shame, along with his psychological reward, whenever his homohatred surfaces, so that his reward will be diluted or spoiled. … Thus, propagandistic advertisement can depict homophobic and homohating bigots as crude loudmouths and a–holes, people who not only say ‘faggot’ but ‘n*****,’ ‘kike,’ and other shameful epithets – who are ‘not Christian.’ … It can, in short, link homohating bigotry with all sorts of attributes the bigot would be ashamed to possess. … The attack, therefore, is on self-image.

They did not use asterisks in that n-word; they spelled the whole thing out.

Maybe you’ve wondered how a movement built on claims of “love,” “tolerance,” “authentic self-expression,” and “pride” has cornered so many of us in places where we dare not speak our own convictions. … It’s because a small group holding “big guns” pointed them at us and pulled the trigger.

Do you see how they emphasize logic, truth, and reason? No, of course you don’t. There’s no trace of it there. It’s psychological and emotional manipulation, pure and simple. The word “homophobia” hadn’t achieved the universality it has now, but “homohatred” accomplishes the same thing. They’re both good examples of propaganda, placing anti-homosexual opinions and beliefs in the realm of irrational feelings instead.

It’s also inaccurate stereotyping at its worst; a sobering thing to keep in mind, considering how often they accuse others of bigotry: three times in that short excerpt alone.

And their plan for the “homohaters” is to “cow and silence them as far as possible.”

Maybe you’ve wondered how a movement built on claims of “love,” “tolerance,” “authentic self-expression,” and “pride” has cornered so many of us in places where we dare not speak our own convictions. It didn’t just happen. It certainly wasn’t the result of some newly dawning moral brilliance in our age. It’s because a small group holding “big guns” pointed them at us and pulled the trigger.

I’ll have more to say on this tomorrow. Before I close here, though, I want to take note of one important way in which you can apply this information. You undoubtedly know people who think Christianity’s attitude toward sex and gender is thoroughly despicable. They don’t know the whole world came to that opinion through gay rights’ activists thoroughly despicable manipulations.

That fact by itself doesn’t prove Christian views are right. It could help put a brake on people’s automatic reactions, though, that we’re bad and the gay world is good. It doesn’t give them the whole answer they need, but it should at least help open their ears to hearing the rest of it.