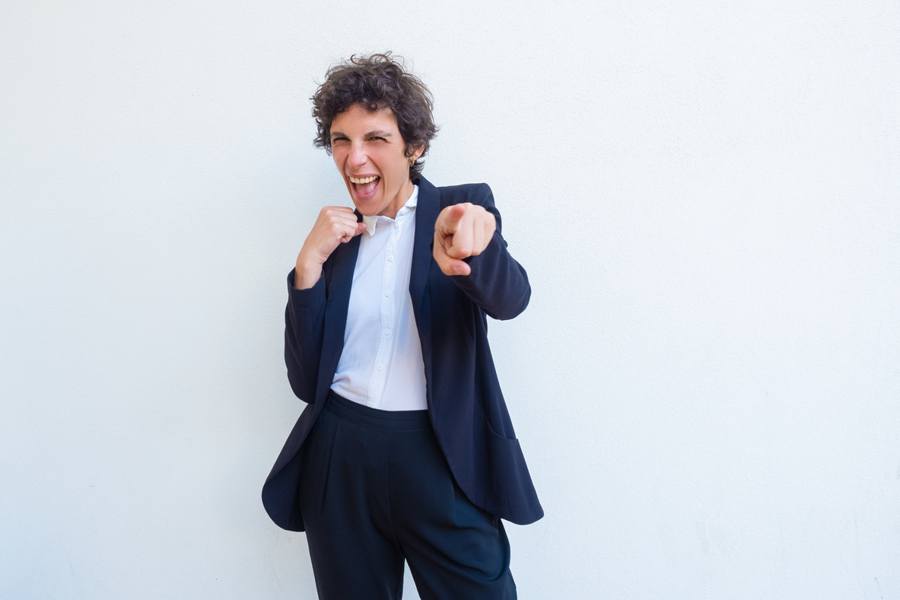 Gay rights advocates have designs on your thinking: They want you to think Christians are evil. They target all conservatives with that, but (as I wrote recently) they’re aiming at Christians above all. That’s not enough, though. They have to show how pure and wonderful they are, too. If it’s disturbing how effectively they’ve attacked us, it’s completely astonishing how they’ve assumed the position of the good and right and true.

Their campaign against Christians has been dishonest and propagandistic from the start, by their own admission. The same goes for their sanitizing of their own image. As in my earlier article, I’m talking primarily about activists, not the neighbor, co-worker, or family member you’re much more likely to associate with. I’m still looking at strategies published in 1990, in After the Ball by Marshall Kirk and Hunter Madsen . I could make the same points using more recent information, but you already know those stories. What you may not know is how coldly calculating these cultural insurgents have been about it..

Reality Was Against Them, But Who Cares?

Their first strategy was to put a mask on reality. “March, if you must, but don’t parade,” say Kirk and Madsen – meaning, keep the flamboyance down. Out of sight. Hidden. For now.

For the moment, therefore, unconventional gays are encouraged to live their lives as usual, but out of the limelight. Drag queens must understand that the gay stereotype is already heavily skewed in their direction, and that balance should be achieved by leaning in the opposite direction for a while. In time, as hostilities subside and stereotypes weaken, we see no reason why more and more diversity should not be introduced into the projected image.

“Unconventional gays.” What a name for it! But you won’t feel the full outrage of it unless you read it with 1990s eyes.

Gays were only beginning to appear on TV, and the first same-sex TV kiss was still in the future.What we saw on television was then (as it is now) way to the left of the rest of culture, so the fact that it was happening there doesn’t mean it had any standing in the wider America.

Even for Americans under age 35, only a small minority approved fully of homosexuality in 1991. (Today more than twice as many identify as LGBTQ, if this Kinsey survey is correct — emphasis on if.) The point is, for the great majority of Americans, every homosexual person was at least unconventional.

Who Cares About Reality, When You Have Control Over Images?

Gays had to sanitize their language even among themselves at the time. Not just their language, but their image. To do that, they had to hide who and what they were. That’s dishonest, but hey, who cares how bad you look in reality when you’ve got allies working with you to craft an image of beauty and creativity?

It’s all image. It has been for decades: Good gays, bad enemies. Specifically, say the authors of After the Ball, gays should be portrayed as “victims, all-American types so starchly conformist in appearance that they can barely bend their knees, let alone stoop to practice indecent sexual acts.” Their “enemies” should be shown as (for example), “Hysterical backwoods preachers, drooling with hate to a degree that looks both comical and deranged.”

Funny thing: Did you notice in that last quote they seem to have a problem with stereotyping? I’ve visited hundreds of churches, first as a musician, later as a speaker. I’ve never seen that kind of preaching. I’ve never seen hate like that. But do they mind portraying us that way? Not one bit. Not if it serves their purposes.

Images matter, truth doesn’t. Their first sample ad in a chapter on pro-gay advertising carries the headline, “GAYS versus GOLFERs.” It goes on to ask, “Did you know that more Americans live a normal gay lifestyle than play golf?”

That’s a lie, but that’s not the worst of it. The obvious lie is in the numbers. In 2018, there were about 50 percent more regular golfers than homosexual persons. I’m sure it wasn’t much different 30 years earlier. But the real lie in it is in the word “normal” — which you may have hardly even noticed when you read it. Your first reaction probably matched mine:  “Are those numbers really true?” Doesn’t matter. This ad’s real work gets done with that word “normal” preceding “gay lifestyle.”

Chances are you hardly even noticed it. That’s exactly what they want to happen. It works better if the word registers in your mind without your actively noticing or processing it. Persuasion theorists call this “peripheral route persuasion.” It has a powerful short-term effect, and while its long-term influence is weaker than more rational (“central route”) persuasion, frequent repetition can keep its short-term power banks filled full. And believe me, repetition has been very frequent.

Homosexual activists had help, especially from the media, featuring immensely positive images of homosexuality through actors such as Ellen DeGeneres, and characters as seen on the TV show Modern Family You can almost hear them crowing “representation matters,” but they don’t mean it. Gays and lesbians comprise nearly 10% of characters on TV – more than double the actual numbers.

Sarah Kate Ellis was one of many who’ve parroted that line. Surely she knows better; those stats aren’t that hard to come by. This disproportionate representation in the media has done exactly what After the Ball said it would do. It’s made gays look normal. So “normal,” Americans typically estimate that homosexuals comprise more than 20 percent of the population. Where did such a wildly inaccurate perception come from? Not from gays’ so-called “enemies,” you can be sure.

The One Positive Thing I Can Say — Just Barely

Honesty at last? Yes, thankfully. But to what end?

The one positive I see in After the Ball is its long list of gay misbehaviors in chapter 6. The first four topic headings give you the flavor (the rest are no better ):

Honesty at last? Yes, thankfully. But to what end? Partly (if not mostly) because these actions “diminish the quality of gay life, and make us look bad to straights.” Maybe I missed it, but I never saw where they said these things were wrong. No one could miss the part where they want to keep reality from undercutting their propaganda.

How Does All This Matter?

Does this look bad for gay activism? Of course. Next question: Does it matter? Yes,  a lot. I’ve written twice now on the gay insurgency’s campaign to make themselves look good and us look bad. I’ve done it through their own literature, where we don’t just see the effect of their dishonesty, we can read their actual spoken intentions to deceive.

Next week I’ll wrap up with practical specifics on the difference this information can make. I believe it will help Christians not only explain but defend our moral position; and not only defend, but especially to win over some who might have believed the lie these activists have been selling.

‘Big Guns’: How Decades of Shrewd, Calculated, Bigoted Gay Rights Propaganda Deceived the World Into Thinking Their ‘Enemies’ Are the Bigots