How can a pro-choicer deny this obvious implication of his beliefs? 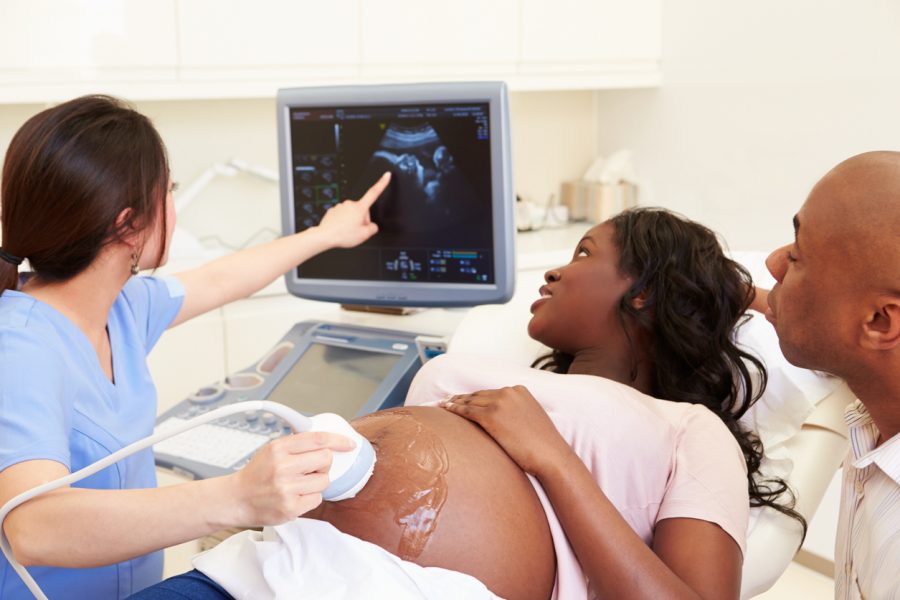 If you’re still reading this series on what makes pro-choicers tick, then perhaps you approve of my new strategy. Instead of dumping all my thoughts on a topic into an exhausting 2,000 word column, I’m teasing them out in shorter ones. As it turns out, doing that gives us room to explore things in greater detail. To follow worthy digressions that yield further insights.

Just to recap, in parts one, two, and three, I laid out the fact that most of us think backwards. Or in a kind of pretzel-shaped progression, at least by the standards of a formal logic class. We find a worldview that “works” for us because it seems to us beautiful, worthy and true. Then we poke around in its arguments, maybe stumble onto its premises. If we’re really energetic, we think past the conclusions we’ve already drawn. We pursue the internal logic of our beliefs to their ultimate implications. If we’re still okay with the worldview once we’ve looked down into its depths, then all is hunky-dory.

But if the implications horrify us, maybe nullify our reasons for accepting these views in the first place, then Houston, we’ve got a problem. We must sift through the arguments and see if we got one of them wrong. If not, then we must do the really scary work of re-examining our premises. We must see if we’ve walked a thousand miles in the exact wrong direction, and consider turning around. (In other words, “converting.”)

A rational, defensible secular view of when life begins would be consistent with when most doctors insist life ends. It would hinge on both heartbeat and brain waves.

This is the process we hope to ignite when we talk to the deeply misguided or mistaken. For instance, pro-choicers. And the best way to do that, I’ve found, is to look at the practical conclusions these people draw. Then tease out from those conclusions the logical implications, and see if pro-choicers can stand them. Move back to the tainted premises and faulty arguments that produced them. And pretty soon, if the person is honest with himself, his whole viper’s tangle starts to unwind and slither away.

In this and the next few articles I will explore pro-choicers’ views, one viper at a time.

Pro-Choice Conclusion #1: Abortion Should Be Legal Up Through Birth

Once an extreme position even in pro-choice circles, this is now the dogma of the Democratic party. Pro-choicers increasingly feel compelled to accept it. For good reason. That’s because most of their arguments flow from one premise. Namely a woman’s absolute sovereignty over her body and her child. They’ve abandoned even Roe v. Wade’s effort to weigh the allegedly increasing value of unborn life through the nine months of pregnancy. Roe’s criterion of “viability” is an utterly arbitrary definition of when life begins. Newborns and even infants are utterly dependent on someone’s care. Meanwhile, medicine keeps pushing the date of viability backwards.

When Does Life Begin?

A more rational, defensible secular view of when life begins would be consistent with when most doctors insist life ends. It would hinge on both heartbeat and brain waves. When both of those stop, all agree life has ended. So even atheists should be able to agree that life at least begins when these begin. But unborn babies’ tiny hearts start thrumming like hummingbirds at around eight weeks of pregnancy. Their intricate little brains spark with life up at around the same time. Most surgical abortions occur after these landmarks. Logically, you’d expect at least some pro-choicers to adopt this cut-off date for abortion. As far as I have seen, zero do.

The Right to Cease Being Moms

In cold hard fact, what women who seek abortions want is not just to stop being pregnant. It’s to cease being mothers. To pretend that a doctor’s scalpel and suction work as a time machine. That the magical abortionist can bring them back to that ill-advised evening with an unreliable boyfriend and un-fertilize the egg inside their wombs. Imagine we had the tech to safely remove even 10-week embryos and let them develop in artificial wombs. (Pretty soon we will.) Pro-choicers would still oppose that. That’s why Planned Parenthood in its “counseling” never mentions adoption. It’s why even feminists such as Naomi Wolf feel compelled to admit that an unborn baby is a baby. They just claim the right to kill it. You know, the way a Roman father had the right to reject any newborn, and send him off to the city’s walls to die.

The Rock Bottom of the Slippery Slope

What implications for the rest of life flow would flow from any woman’s absolute right to renounce motherhood, even at the cost of killing her child? Are they things that most pro-choicers would really accept? Let’s list a few of those implications:

Few pro-choicers accept this. Most insist that once he has passed the magic threshold of the womb, or at least turned 18, a child has the “right” to know his biological parents’ identity.

If women have the right to kill in order to un-mother themselves, fathers should have at least the right to walk away. Under law, the woman had nine long months in which to abandon motherhood, at the cost of the child’s life. The father doesn’t even have a veto that could spare his child. He deserves at least the liberty not to bear the financial burdens of unwanted fatherhood.

You might cringe at this point. That is horrible! Yes, it is. But all of these implications follow from the absolute sovereignty of mother over child. And there is nothing more absolute than the power of life and death. So if we give women that power, it’s absurd to deny them these lesser privileges.

Ask pro-choicers if they’re comfortable with all these implications. Chances are good that they won’t be. Turns out, they don’t really believe in a woman’s absolute sovereignty over her child. They only want it in certain, special cases. What makes the power to kill a child (but not change his sex) so special?

I’ll unpack that in my next column.