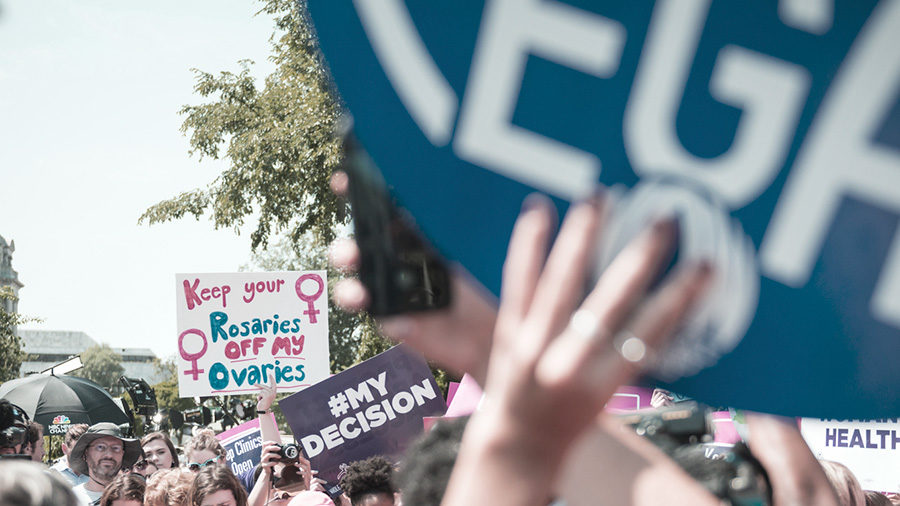 Amateurs at the art of persuasion (rhetoric) sagely tell us we must understand our opponents’ arguments. This is true, but only trivially. Yes, before you play chess you must learn how the pieces move. But learning the reasons people give for what they believe doesn’t take you very far.

That’s because most of the time, the beliefs come first, and the arguments later. The “logic” people offer, and the analogies they use, are typically things that they’ve clutched at, to decorate or disguise the actual reasons for their beliefs. The ornaments on a Christmas tree don’t tell you what species it is, much less where it grew and why.

The fact that beliefs come before arguments isn’t just true of the uneducated. In fact, it applies just as much to famous philosophers. The differences between (for instance) Karl Marx and C.S. Lewis don’t come so much from how they logically argue, as from the premises they chose. One took the ramp on the highway that said “reductionism.” The other turned right at “wonder.”

Michel Foucault knew as well as Fulton J. Sheen the difference between healthy, natural sexual behavior and sterile, self-destructive perversions. But Foucault decided that he preferred the latter. No theologians’ arguments were going to talk him out of being a homosexual masochist.

Hearts Change Minds, Not the Other Way Around

These early steps on the philosophical journey are hard to persuasively refute. They determine our very attitude towards logic and its limits. If you decide at the outset that you will boil down every phenomenon to mechanistic causes, I likely can’t persuade you differently. At least not with logical arguments. It’s a choice of the will. If someone is going to change course, that will take divine grace, other people’s fervent prayers, powerful life experiences, witnessing believers’ good example, or reading just the right novels.

So even if you learn, understand, and find solid refutations to pro-choicers’ arguments, you haven’t won the battle. Not even half of it. Most people start at the end of an argument, with the outcome that feels right to them. Then they hunt up a chain of logic that will anchor it in respectable principles. It’s like making up an imaginary genealogy for yourself, or cooking up an alibi after you’ve been arrested.

That’s a joke from the movie Zoolander, which will be my favorite comedy for life. Not because I can prove that it’s more brilliant than, say, Office Space. No, it’s because I saw Zoolander on September 28, 2001, in New York City. For me and the rest of the audience, it was the first time we’d laughed in weeks. So we roared like demented banshees, before going back out to face “that smell” of human cinders that still cloaked the city.

That wasn’t just an aside. It goes to shore up my point about how “objective” criteria and sequential arguments prove often beside the point. Powerful life experiences will mostly trump them, every time.

But because I can’t read minds, and neither can you, we face a problem. Unless we know someone really, really well, we don’t have the backstory on why he or she believes as they do. It’s helpful to have that. Family members, pastors, or therapists who know our past have a much better chance at changing our minds and behavior than brilliant logicians we meet on airplanes.

Nor can we just outright tell someone:

Yeah, yeah, all these arguments you picked up from The Atlantic or Alyssa Milano’s Twitter feed are all fine and dandy. But what’s your ulterior motive here? What do you tangibly want the world to be like? That’s what really matters.

Of course, that’s true. But people won’t tell us. They might not even know, on a conscious level.

So are we stuck? Are we doomed to a world where nobody’s persuadable? Not at all. But we must start things at the beginning. The real beginning, which is the end. Or rather, the end-state the person clings to, and has crafted his arguments to produce.

That’s something we can figure out, even before we talk to people. Why? Because we can view all the implications of people’s positions. We can see where their arguments, carried further, lead. We can sketch out in advance a reliable map that leads from the destinations they chose, back to the routes they chose to get there. And we can point out where those same roads lead, if you pursue them. In other words, we warn of what lies at the bottom of some very slippery slopes. We can show folks that the road they’re taking leads to one kind of misery or madness, or another.

And then, if people remain on the road off a cliff, we know that (at least for the moment) it is what they really want.

Next time I will go through all the logical, emotional, and personal repercussions of accepting legal abortion, in a form I hope you find useful when you have to confront such people. It will help you to understand them, and perhaps even persuade them. But remember that some demons only respond to prayer and fasting.

What’s the Goal of the VeggieTales Creator’s Video About Abortion?