Pro-Choicers Might Have the Power, But We Have the Upper Hand 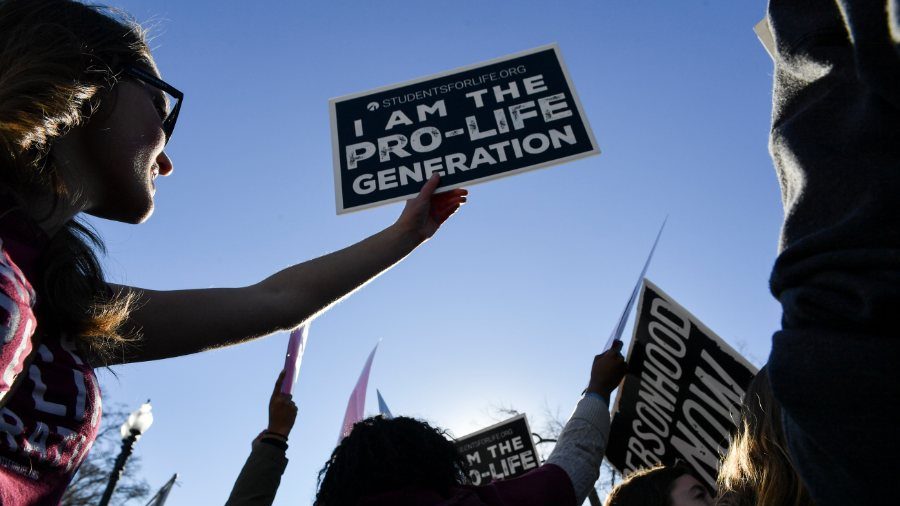 In my last piece, I explained how most of us go about persuasion backwards. We focus on our opponents’ arguments, whether they’re valid, and whether they rest on truthful premises. Of course all that is objectively relevant. We don’t want to fall into sophistry ourselves. But it’s not terribly effective at getting most people to change their minds.

When you’re debating someone’s deeply held and felt belief the arguments he offers aren’t really the reasons he holds his views. Not 99% of the time, in my experience. They’re the tinsel, not the tree.

Or think of arguments instead as punches a boxer throws. When you parry one, he’s going to throw another, and then another. When you try your own, he’s going to try to block them. It’s the rare, rare argument that connects and lands a knockout blow. Most of the time, we engage in rope-a-dope, trying to wear our opponents down by sheer attrition.

And we’re at a major disadvantage. Elites, media, and institutions constantly batter and try to wear down pro-life citizens. From the news cycle to Netflix comes the constant drip-drip-drip of distortions, crass propaganda, or one-sided reporting. Even the language that has come to prevail, and get used by our own supporters, is biased against us, as I’ve written here. A quick reminder of that crucial point:

Pro-Lifers Were Supposed to Give Up and Go Away

But don’t despair. We have major advantages, too.

Think about other causes that lost in the courts, such as legal segregation. Within the 20 years from Brown v. Board of Education, support for racial discrimination ceased to be a mainstream position in much of the country. It shrank to the obsession of a few discredited zealots.

Abortion outrages the reason and pierces the heart, as surely as the scissors Planned Parenthood uses to cut out such little hearts from living babies and sell them.

By contrast, in the 20 years after Roe v. Wade, the pro-life movement took over most of the Republican party. Being pro-life became a box GOP candidates (sincerely or not) felt that they had to check.

Why the Pro-Life Movement Even Still Exists

The left didn’t expect that. Its massive legal victory in the Supreme Court didn’t transform the culture. There are reasons for that. First, of course, the patient and sacrificial work of the pro-life movement. Millions of Americans used their own time and money, poured out their hearts, fighting the evil of abortion.

I’ve seen this first-hand, since I joined that movement in 1977 at the age of 12. So many have done much more than I have, of course. Think of those who volunteer thousands of hours at pro-life pregnancy shelters, saving other people’s kids and helping their moms. Or those who have spent months or years in jail for heroic “Rescues” at abortion mills. My friend Stream columnist Jason Jones devoted his life to this cause after losing a daughter to a coerced abortion.

But why do we see such a zealous, high-minded movement devoted to overturning Roe v. Wade, and nothing remotely similar focused on Brown v. Board of Education? Here we find our advantage, and it’s a profound one.

We Don’t Make the Natural Law, We Just Enforce It

Racial discrimination may be a constant of human history worldwide. But it’s also profoundly irrational. The more you think about the practice, the more shameful its rationalizations seem. On a day-to-day level, if you really get to know people of other races, you’ll recognize their full humanity. You’ll see in them an equally rational mind, passionate heart, and immortal soul as you see in yourself and your loved ones.

If you believe in the God of the Bible, His words and example will chip away at your false beliefs. The implications of every person being made in the image of God will demand that you change your heart. It’s a constant struggle against cognitive dissonance to be a Christian racist. It’s doable, of course, as history shows us.

An Evil as Ancient as Slavery

Move to abortion and we find the opposite true. Here the status quo, the legal reading of the Constitution that prevails even today, stands athwart human nature. It outrages the reason and pierces the heart, as surely as the scissors Planned Parenthood uses to cut out little literal hearts from living babies and sell them.

Even though ancient societies often practiced violence against children, they still knew it was wrong. The original Hippocratic Oath made new doctors promise not to perform abortions. When Greeks and Romans exposed their infants, they never killed them directly. They left them to the elements so they could pretend that nature or the gods had claimed them. Or fantasize that someone had rescued and adopted them. (See the myth of Romulus and Remus.) And sometimes people did, to raise them as valuable slaves. It was only the Jewish community in Rome, including its Christian segment, that walked around Rome’s walls saving abandoned children and adopting them as equals.

The fact that abortion outrages the conscience gives us a key advantage. It doesn’t guarantee that we will prevail anytime soon. Christians took centuries after the conversion of Europe to slowly abandon the blatant evil of slavery. And then in the Age of Discovery, we bought black slaves from Arab traders and revived that ancient crime for 400 more years.

Progress isn’t inevitable. Man is fallen and he backslides, as the dog returns to its vomit. The world, the flesh, and the devil offer us rose-colored glasses, or blow up smoke, to hide from us the law that God wrote on the human heart. And that is why we must fight, fight long and hard and smart, with the cunning of serpents and the patience of Our Father, who awaits all his prodigal sons.

In the last part of this analysis to mark the March for Life week, I will show how common pro-choice arguments lead to or are linked to grim, miserable implications for how one views his own life and lives it. We should know them in detail and wield them without any pity.