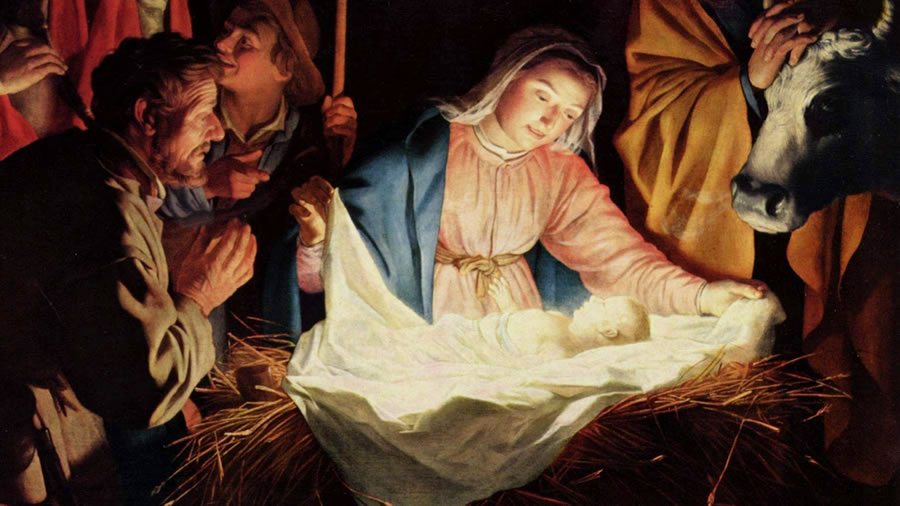 The Adoration of the Shepherds by Gerard van Honthorst.

As the world scurries about while preparing for Christmas, the holiday’s ultimate meaning usually gets ignored. Even those who understand that meaning often settle for time-worn clichés that, while reinforcing timeless values, also reflect conventional attitudes.

But as the world faces a Christmas in the midst of identity politics, bureaucratic tyranny and the dismissal of human dignity, perhaps it’s time to look at the holiday in a different, exciting way — one that offers a powerful challenge for our times.

Christmas does more than celebrate the birth of Jesus. For Christians, the holiday represents a profound divine testimonial to human worth and freedom.

The God of Empathy

Most people know the basics of the Christmas story. Joseph and his pregnant wife, Mary, traveled to Bethlehem to register for a census, since the Roman Emperor Caesar Augustus demanded taxes. The couple couldn’t find proper lodging, so they stayed in a stable. After a long ride over rugged roads on a donkey, which likely intensified her labor, Mary gave birth, wrapped her infant in swaddling clothes and placed him in a feeding trough.

By allowing his only begotten son to take human form under especially harsh conditions, even for Caesar Augustus’ day, God pointedly identifies with the human travail that unanticipated and unwanted circumstances impose.

Even in an era without modern technology, especially without midwives, childbirth under the circumstances Mary and Joseph faced was remarkable.

But circumstances weren’t different. That’s the point. By allowing his only begotten son to take human form under especially harsh conditions, even for Caesar Augustus’ day, God pointedly identifies with the human travail that unanticipated and unwanted circumstances impose. In so doing, God silently states that human worth ultimately has nothing to do with circumstances, good or bad.

The God of Rest

Three decades later, during his ministry, Jesus issued a public challenge: “Come to me, all you who are weary and burdened, and I will give you rest. Take my yoke on you and learn from me, because I am gentle and humble in heart, and you will find rest for your souls. For my yoke is easy to bear, and my load is not hard to carry.” (Matthew 11:28-30)

By making his challenge, Jesus pledges himself to meet people where they are, teach them without arrogance or haughtiness and not to burden them with the unrealistic expectations that come from human thought. Jesus offers the gentle rhythms of divine grace to help people live as God designed: not as automatons, machines or slaves but as adopted sons and daughters created in God’s image.

In contrast, the “woke” who dominate the international corridors of power these days don’t meet people where they are and don’t display anything resembling grace or humility. Indeed, the “woke” make incessant demands that can never be satisfied. The “woke” insist that the masses follow their supposedly sophisticated, “progressive” path. The “woke” harass and silence anybody who dares oppose them. The “woke” manipulate and discard facts that don’t serve their agenda. The “woke” view human beings not as valuable in their own right but as means to ends.

Just like yesterday’s Nazis and Communists, today’s “woke” ideologues seek to re-define humanity in their own image, and to make reality conform to their questionable theories. Just like yesterday’s regal and ideological totalitarians, they’re too infatuated with themselves to care.

That’s why the “woke” hate God. His mere existence challenges their self-perceived, semi-divine right to domination.

So to satisfy their ideological demands, the “woke” redefine Jesus. While speaking at New York City’s Judson Memorial Church in March, Ibram X. Kendi, the self-proclaimed “anti-racist,” described the difference between “liberation theology” and “savior theology”:

Anti-racists fundamentally reject savior theology. That goes right in line with racist ideas and racist theology, in which (racists) say, “You know what? Black people, other racial groups, the reason why they’re struggling on earth is because of what they’re behaviorally doing wrong, and it is my job as the pastor to sort of save these wayward black people or wayward poor people or wayward queer people.” That type of theology breeds bigotry.

Kendi’s theology rejects the divinely inspired definition of human nature as “desperately wicked,” and “deceitful above all things.” (Jeremiah 17:9-10). His theology dismisses Paul’s admonition that “there is no one who is righteous, not even one.” (Romans 3:10). Those warnings undercut any considerations of race, nationality, gender, politics or ideology.

Instead, Kendi’s revisionism assumes that “anti-racist” activism guarantees personal righteousness. Indeed, for Kendi, nothing else matters.

Perhaps more telling, Kendi rejects the divine view of a human species created in a divine image. Kendi divides the world into “oppressors” and “victims,” with “oppressors” being irredeemable and “victims” evading accountability. In doing so, Kendi arbitrarily defines the members of those groups in terms of race, gender and class. It’s racism worthy of the Nazis, who did the same thing with “Aryans” and “non-Aryans,” usually Jews.

Kendi isn’t the only revisionist. As The Stream has reported numerous times, Pope Francis embraces the “woke” agenda of worldwide financial redistribution, environmental sustainability and unmitigated globalism. Like Kendi, Francis subordinates faith to his geopolitical agenda.

A holy, righteous God is not amused.

The Promise of Freedom

If God is the ultimate free being in the universe, and if he created humanity in his free image, then Christmas marks the beginning of God’s ultimate campaign to restore human freedom. But what destroyed that freedom? Not racism, sexism, poverty, pollution or “behavioral deficiency,” to paraphrase Kendi. Those are symptoms of a far deeper problem: the innate tendency to disregard God, otherwise known as “sin.”

Three decades after his birth, the baby in the feeding trough died a bloody, excruciating death to pay the divine penalty required for sin. By doing so, he frees all who believe in him on his terms from that divine penalty. He frees them to embrace the destiny for which God created them. That destiny countermands the fashionable fantasies of narcissistic tyrants.