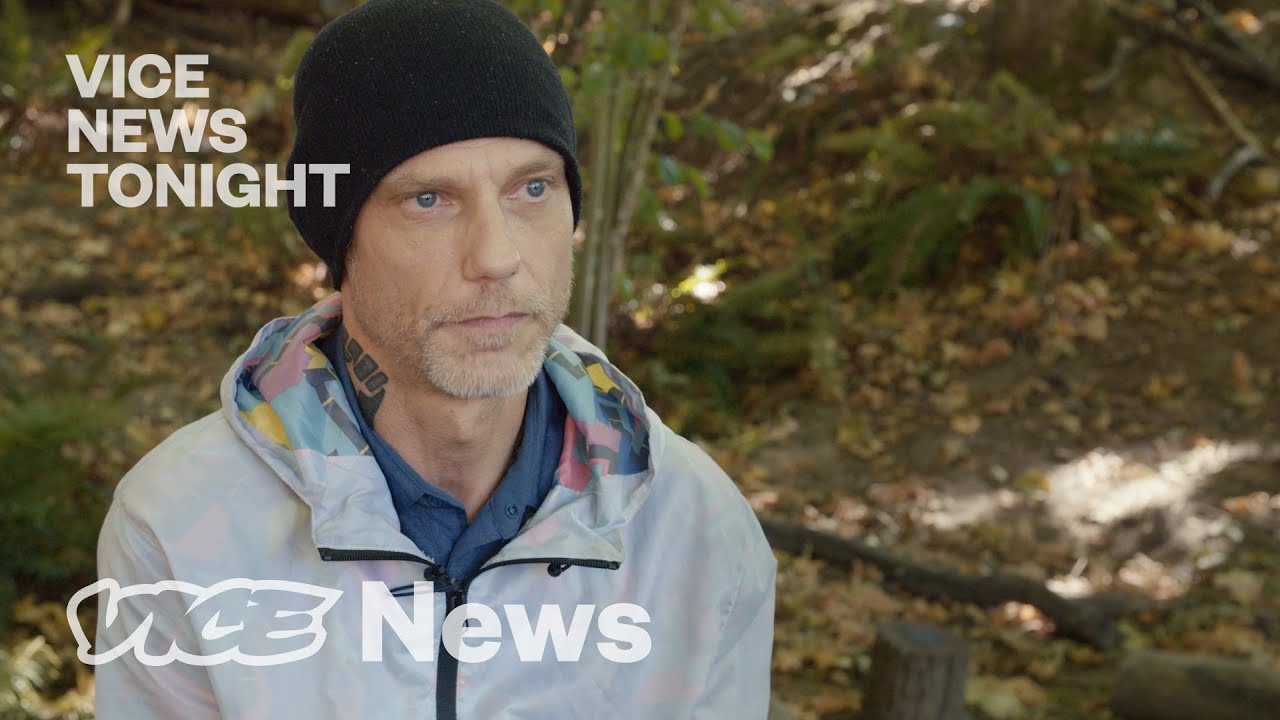 Antifa/BLM supporter, Michael Forest Reinoehl, accused of assassinating a Trump supporter in cold blood, in an interview hours before being killed by law enforcement officials after pulling a weapon on officers attempting to arrest him.

By Joseph D'Hippolito Published on September 8, 2020 •

As they seek to impose their vision of social justice, “woke” progressives fight another battle that’s nearly as old as creation:  They’re trying to re-create humanity in their own image.

The Nazis tried to re-create humanity in their own image. They built an arbitrary, pseudo-scientific racial hierarchy that put white “Aryans” on top and Jews, Slavs, black Africans, the mentally disabled and the chronically ill at the bottom. In doing so, the Nazis aimed to build utopia through biological perfection, whether through extermination or breeding.

In this biological utopia, the victimized “Aryan” would destroy the vestiges of perceived Jewish privilege (such as capitalism and Marxism) and attain his destiny as a superman designed for conquest.

In their quest, the Nazis tolerated no discussion or disagreement, especially internally. In 1934, 18 months after becoming Germany’s chancellor, Adolf Hitler killed his most formidable opponents within his own party in a massacre called “the Night of the Long Knives.”

Meanwhile in the Soviet Union, the Marxists tried re-creating humanity in their image. They re-defined the members of the human race exclusively in materialist terms. The Marxists view all human history solely as the struggle between two classes: the privileged, predatory bourgeoisie and the victimized proletariat of workers and peasants.

The Marxists want to build a utopia based on economic perfection and inhabited by the New Socialist Man, whom Leon Trotsky describes:

Man will make it his purpose to master his own feelings, to raise his instincts to the heights of consciousness, to make them transparent, to extend the wires of his will into hidden recesses, and thereby to raise himself to a new plane, to create a higher social biologic type, or, if you please, a superman.

” … a fundamentally new system of aesthetic science…by creating dialectical and historical materialism and laying down the foundations for the materialist conception of history. … Marxist aesthetics, like the whole teaching of Marx and Engels, are subordinated to the struggle for the communist reorganization of society.”

Since Marx and Engels provide the source for all “truth”, Marxists tolerate no dissent, especially among their own. Joseph Stalin’s bloody purges — including Trotsky’s assassination — and Mao’s “Cultural Revolution” prove that.

So how do the “woke” imitate this trend? By combining racism and Marxism to form the Social Justice Warrior.

Like his “Aryan” counterpart, the Social Justice Warrior focuses exclusively on race. For him, race defines politics, economics, history, art, interpersonal relationships … everything.

Unlike the “Aryan,” however, the Social Justice Warrior must fight “white privilege” and “white supremacy.” Peggy McIntosh concocted the term “white privilege” to entitle her 1989 essay. McIntosh defined “white privilege” as “an invisible package of unearned assets that I can count on cashing in each day, but about which I was ‘meant’ to remain oblivious.”

McIntosh elaborated about her “oblivious” state:

My schooling gave me no training in seeing myself as an oppressor, as an unfairly advantaged person, or as a participant in a damaged culture. I was taught to see myself as an individual whose moral state depended on her individual moral will.

Reinforcing “white privilege” is “white supremacy,” which another essay defines as a set of 13 traits. They include individualism, objectivity, “worship of the written word,” either/or thinking, a sense of urgency, fear of open conflict and the right to comfort.

In “woke” activism, neither “white supremacy” nor “white privilege” represent the Ku Klux Klan or Jim Crow segregation. Yet “woke” progressives are just as irredeemably racist. They go beyond assigning non-racial traits with particular races to assigning exclusively negative traits (as progressives define them) with one race.

“Woke” ideology is just the latest variation on a theme that began when a talking reptile told an unsuspecting woman she could become like God.

Like the New Socialist Man, the Social Justice Warrior believes Marxism is the only solution to oppression. Black Lives Matter provides the perfect example, with an overtly Marxist platform and two co-founders who describe themselves as “trained Marxists.”

Ironically, the Nazis thought along similar lines. But their societal viruses were “inferior” races — especially the Jews.

Like their Nazi and Soviet predecessors, the “woke” tolerate no dissent. Establishing their utopia of “justice” and “equality” involves cancel culture, public shaming, “fact checking” and mob action — violent and non-violent.

When the WNBA dedicated its shortened season to promoting “social justice,” Georgia Sen. Kelly Loeffler, the Atlanta Dream’s co-owner and a Republican, expressed her opposition to BLM in writing to WNBA Commissioner Cathy Engelbert. One of BLM’s Marxist co-founders serves on the league’s advisory committee.

Loeffler even suggested the league put the American flag on uniforms as a sign of national unity.

In response, players called her a racist, demanded that the league remove her as an owner —  and even wore T-shirts supporting her Democratic opponent in November’s election.

“Woke” ideology is just the latest variation on a theme that began when a talking reptile told an unsuspecting woman she could become like God.

Our Rainbow Religion, Which Lets Us Become as Gods