Woke pastors have an angle. They harvest profit and power from their Pharisaical virtue-signaling. 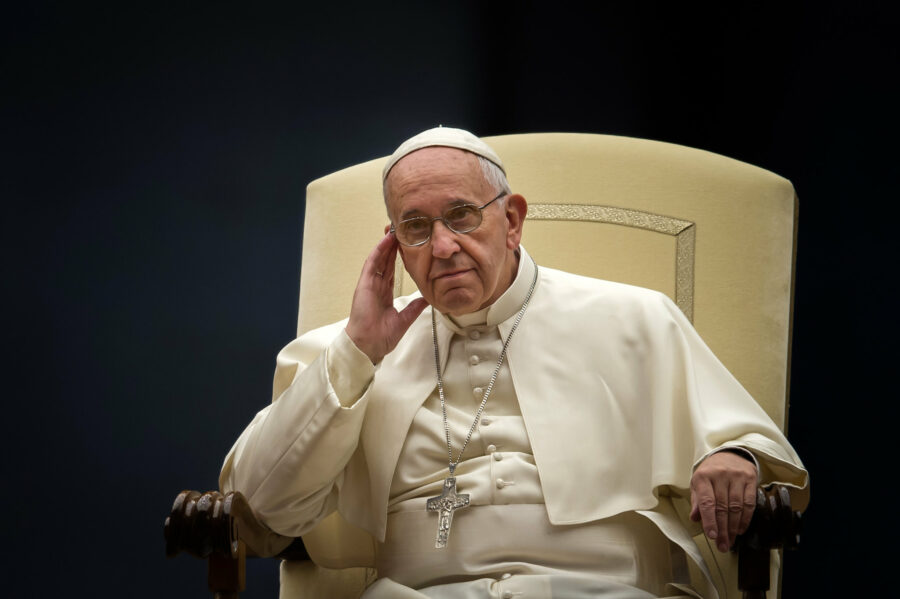 Last week I wrote a column on the clash of Church and State, documenting a crucial fact: The Church isn’t always right. It wasn’t right in the Thirty Years’ War, when clerical zealots on each side demanded religious persecution. It wasn’t right when established churches demanded state support, and suppression of other churches.

And today, churches are wrong to use a politicized Gospel to lodge Utopian demands, violate reason, and recast Christianity as a worldwide suicide cult. It’s your duty as a Christian, not just a citizen, to push back and resist. You’re not just defending yourself, your descendants, and your neighbors. You’re actually fighting heresy.

It’s easy to let the men in the pulpits gaslight you. Play on your guilt, and offer you (wink, wink) the chance to join the West’s elite — where the price of admission includes embracing civilizational suicide. Admit that you’re a Tutsi cockroach (“privileged” white, or male, or American) who essentially deserves to disappear. But you can buy an indulgence from the Church of Woke. Become an “ally” of the marginalized. Such as billionaire trannies, abortion mill magnates, and anti-gun Hollywood actors surrounded by armed security guards. Oh yeah, and angry mobs of foreigners trying to break into the country. It’s all about them, in the end. They’re the votes the left will need to harvest to stay in power.

Pope Francis, or the newly Woke preacher at your church, claims that Christianity requires you embrace self-destructive, masochistic attitudes and policies. They pretend that you’re being “worldly,” or “selfish,” or even “un-Christian” if you push back against their arguments. That’s when they even bother to make arguments, instead of just wielding manipulative rhetoric and bearing false witness by accusing you of “racism.” As if they, the Woke clergy, were somehow “above” worldly concerns. They’re trying to “live the Gospel radically,” while you call for worldly compromises and craven half-measures.

Son, You Asked for Bread. Here Is a Serpent.

Except that this is wolf scat. I won’t say “horse” or “cow” manure, because those substances can be useful. They can fertilize the ground. Nope, what our bishops and pastors are serving up when they push Woke demands such as open borders is nothing so wholesome. It’s waste from meat-eating predators, with no earthly use at all. Nor any heavenly value either.

The good works which these religious leaders claim are of no more worth in God’s eyes than the alms handed out by Pharisees to the sound of blowing trumpets. Most certainly on Judgment Day, Our Lord will look at such pastors and tell them “You’ve already had your reward.” That’s one thing we can look forward to.

A Wolf-Whistle from Our Shepherds

How much praise, really, do Catholic bishops deserve for “serving immigrants” when the federal government pays for it all — with the bishops collecting a healthy 40% of their own annual revenues as profit? Does “Catholic Charities” (one of the fat federal contractors implicated in that scam) really even deserve the name? Should we be impressed that bishops who lose some 40% of native-born Catholics to apostasy welcome the chance to get a few warm bodies from Guatemala to briefly fill the pews? (Before they, too, jump off the lavender Titanic?)

When Pope Francis confronts a Christian leader like Viktor Orban of Hungary, Francis has his own material and political interests. He isn’t speaking prophetically to power on behalf of the Muslim refugees he demands that Orban flood into his country. No, Francis is playing to the cameras, making sure that power players in the World Economic Forum and the European Union take notice: “I’m on board with the Oligarchy in its war against the grubby common people. Death to the Tutsi cockroaches! We have no king but Caesar!”

Put on Those Jaundiced Lenses

I want to encourage a jaundiced attitude of Augustinian caution toward anyone and everyone who tries to sound high-minded. Your first question when you see someone preen as prophetic — and he just happens to be backing the stances of Google, Facebook, the Ivy League, the Mainstream Media, and the Democratic Party — ought to be “What’s in it for him?”

That should also be your second and third question too, and you should keep on digging until you find it. You’ll probably turn up a pot of money, or gob of power, that this “radical Christian” is grabbing at, even as he demands you spit on your ancestors and disinherit your descendants. Or else you’ll find a scandal he’s trying to cover up. Or predecessors he wants to paint as benighted, ignorant, and vastly inferior to him. That’s a power grab, too, of the present over the past. It pays to slander the dead!

Money from the Germans and American Taxpayers

Pope Francis incarnates all of this, in one sordid, plus-size white dress. Among the biggest sources of revenue to the nearly bankrupt Vatican — apart from secret $2 billion bribes from the Chinese Communist Party — are taxpayers in the U.S. and Germany.

In Germany, virtually nobody bothers to go to church, or otherwise practice Christianity. The place is as pagan now as it was when St. Boniface got martyred. But plenty of Germans are willing to check the box on their tax form that gives 8% of their income to some church or other. If they won’t, they’re excommunicated, and can’t use gorgeous old churches for their weddings. That’s the one “doctrinal” point the German bishops have held firm on. Run an abortion clinic chain if you want. But don’t uncheck your tax box — we’ve drawn a line in the sand.

And the dominant ideology of rich elites in Germany is Woke multiculturalism. Defy it, and you’re called a Nazi. German “Catholics” are already annoyed that Pope Francis hasn’t (yet) approved same-sex marriage. If Francis wants all those Euros to keep on flowing in from Bavaria, getting Woke is one way to do it.

Pre-COVID, some 40% of U.S. bishops’ money came from the feds. (The ratio is probably higher now, but statistics don’t yet exist.) Most of that sluices into church coffers for “serving immigrants.” If the U.S. enforced its borders, its Catholic churches would slowly grow empty and quickly go broke. And that would mean fewer millions to send to Pope Francis.

So Pope Francis is willing to wreck the futures of hapless Hungarians, and Americans, because it serves his institutional interests. (Fill in some preening Woke spokesman for your own denomination here.) And a man like Viktor Orban, or Donald Trump, has a Christian duty as a statesman to stand against him.

As citizens and Christians, so do we.