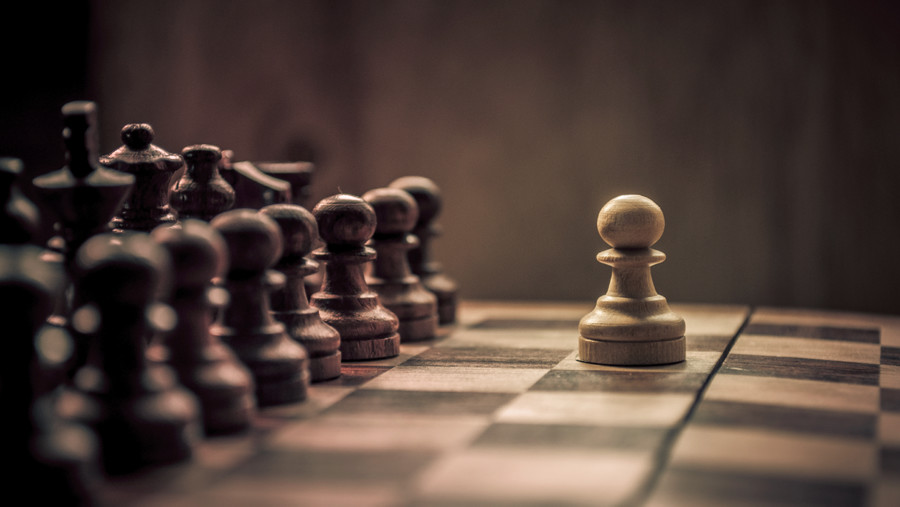 If you’re paying close attention to the conflict in Ukraine, you’re probably confused. You see graphic footage of modern war, and you’re naturally horrified. The media tells you that Vladimir Putin launched this war, and that is true. They tell you the war is unjust, and Christian thinkers agree. He didn’t exhaust every possible peaceful means of resolving his grievances with Ukraine, and fight as a last resort.

But that’s about all the media are telling you. They don’t think Americans have the patience or interest in going beyond the surface. Instead, news and opinion shows, with few exceptions, are painting with very broad strokes using an old, familiar palette.

Everything Is World War II, Everyone Is Literally Hitler

Putin is the aggressor, which makes him like Hitler. Americans who don’t want to send our troops and planes to interfere are like the appeasers, like Neville Chamberlain. If we do intervene, we will triumph quickly and cleanly, and leave behind shiny democracies like West Germany and Japan.

A U.S. senator, Lindsey Graham — chairman of the Judiciary Committee — has called on Russian officers to murder its head of state, invoking (of course) the attempts to assassinate Hitler.

Or Maybe These Are the Idiots Who Started World War I

A few dissenters from this consensus cite a different set of historical precedents. Conservatives like Pat Buchanan, Pedro Gonzalez, John Mearsheimer and The Stream’s own John Zmirak suggest that we aren’t in danger of another October 1938, when Britain appeased the Nazis. Instead, we face another August 1914, when major powers stumbled blindly and arrogantly into an unthinkably destructive war. Publics manipulated by one-sided media coverage crowded the streets to cheer on that war against “barbarism.” But its aftermath largely destroyed Western civilization — all without nuclear weapons, such as Russia now has in the thousands.

The people of Ukraine have every right to defend their country’s independence, and we should pray for their success. We need a quick end to the fighting and a compromise peace that will endure because it addresses both country’s concerns. But both countries do have concerns, it’s important to admit, if we want to avoid repeating the suicidal idiocy of August 1914. Without excusing Putin’s resort to aggressive war, we need to admit the truth: There’s plenty of blame to go around, and both sides in this conflict will need to make concessions.

We Must Think Rationally, and Assess Blame Fairly

Russia’s crimes are fairly obvious: Using a vastly superior military to invade a smaller, weaker neighbor. Pretty much any news program will fill you in on the latest Russian crimes, real or invented. (No, Russia didn’t shell a nuclear plant. No, it didn’t bomb the Babi Yar Holocaust memorial.) You won’t hear the Russian side, since cable companies kicked RT News off their platforms, forcing it to close down its English language services. So much for freedom of speech — but then we gave up on that during COVID, didn’t we?

What were the provocations on the other side of the ledger? I wrote here a week ago about how American leaders betrayed their promises after the end of the Soviet Union. They abandoned Ronald Reagan’s war against Communism, and launched a new Cold War against Russia and its people.

Globalist Democrats and neoconservative Republicans each found excuses to expand NATO closer and closer to Russia’s borders, even before its corrupt post-Soviet democracy gave way to Putin’s regime. Putin warned us that folding nearby Ukraine into NATO was a red line for Russians — as Soviet missiles in Cuba had been a red line for John F. Kennedy. Obama didn’t listen.

The Obama administration set up a network of well-funded activists inside Ukraine, to push the country away from neighboring Russia and into the arms of the West. When Ukrainians elected a pro-Russian government in 2014, our CIA helped overthrow it in a bloody coup — just the way we used to topple regimes in nearby client states like Honduras. It imprisoned its opponents, and scoffed at the grievances of Ukraine’s huge Russian minority.

That’s the regime which is currently in power, though the president’s name has changed. The same regime tried to help Hillary Clinton win in 2016, and sent millions in bribes to Joe Biden via Hunter. Moscow sees that regime as a U.S. puppet, and not without reason.

Remember that America’s elite, its media, and its Deep State spent four years accusing Russia of colluding with Donald Trump to steal the 2016 election. All of that, every bit, was based on transparent lies that our top spooks knew were lies, but chose to disseminate. Yes, that was meant to demonize Donald Trump and his voters. But it was also a gravely provocative act against Russia. Has anyone involved apologized? Shouldn’t they?

How about the fall 2020 letter from a long list of veteran intelligence officers, both Clintonites and Bushies, assuring Americans that the Hunter Biden laptop was “Russian disinformation”? (Instead of real evidence of Chinese bribery and collusion.) Shouldn’t Russians take offense at that?

Our Western elites helped lay in the kindling for the fire that’s now raging. But they won’t pay the price. That’s for the people of Ukraine to pay, in dead friends, in lost homes, in desperate flights to refugee camps in foreign countries. None of the Deep State spooks who consciously spread lies, or conspired to overturn Ukraine’s election, or otherwise made it impossible to peacefully resolve Russia’s concerns, will shed a drop of blood or even a tear.

That’s for those of us who actually care about Ukraine’s people. My organization, the Vulnerable People’s Project, is helping thousands of Ukrainians escape the front lines of war. I support their fight for national independence. But I want that independence to be real.

George Soros and Klaus Schwab Are No Better Than Putin

A post-war Ukraine should not be NATO’s cat’s paw, a buffer state where the West can poke Russia with a stick, then leave the locals to face the consequences. Even now, George Soros’ despicable front groups are mobilizing to expand their influence in Ukraine, to build more abortion clinics and spread more transgender madness. Klaus Schwab of the World Economic Forum sees a “new Ukraine” as a lab where he can test his Great Reset — a world without cash or private property.

Right now we need some real heroes. Imagine if Russian soldiers started refusing to take part in unjust attacks? If Russian generals turned around and confronted Putin, demanding he end this war? At the same time, Ukrainians need to get ready to rally and kick out the globalist, anti-Christian agitators whom Obama, Biden, Soros and Schwab have honeycombed through their country. Ukrainians deserve better than Putin’s 1984, or NATO’s Brave New World.