From Ukraine to the US Border, Western Elites Are Arsonists Posing as Firemen 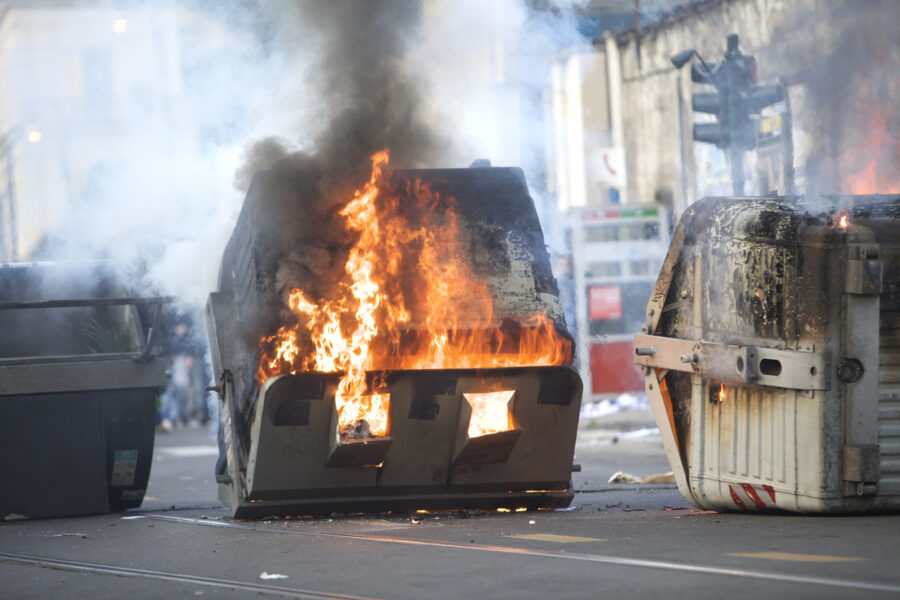 One of my favorite films of all time is Spartacus. It has all the grandeur of Hollywood’s Golden Age. Made for the huge screen, it featured top-notch actors and a cast of thousands. Better still, it was directed by the gifted Stanley Kubrick, and eloquently written by Dalton Trumbo.

Now, Trumbo was a Stalinist who’d rightly been blacklisted from Hollywood for a decade. It’s deeply ironic that he could write a powerful ode to freedom and dignity, and the sanctity of family. Some men’s best qualities are their blind spots. Maybe Trumbo thought that audiences would see the Roman slaves and think of American workers prospering in Ford plants, instead of Soviet zeks starving in gulag camps. Big mistake.

The film is full of memorable characters and performances, from Charles Laughton as the corrupt but humane populist Gracchus to Kirk Douglas as the would-be Moses to Rome’s toiling slave class. (Don’t miss Tony Curtis as a Greek slave with a Brooklyn accent!) The luminous Jean Simmons brings a feminine dignity to the screen we’ve seen only rarely since (maybe in Audrey Hepburn, Michelle Pfeiffer, and Cate Blanchett).

But my favorite performance was Sir Lawrence Olivier as the serpentine oligarch Crassus. The richest man in Rome, he hungers for absolute power. He wants to whip Rome’s rowdy Deplorables into shape, to roll over the rights of mere individuals for the glory of the Collective. He limns out a hazy Utopia, and is ready to sacrifice countless real people to achieve it.

But first he must crush the populists, and their raucously popular champion, Gracchus. If all this makes you think of the Clintonite Borg persecuting Donald Trump and his backers, then you think as I do.

A Fire Company in Every Sense of the Word

They don’t show this fact in the film, but as a history podcast geek I happen to know it. One way Crassus got obscenely rich was by creating Rome’s first fire department. Which he ran for profit. His team would spot a fire, rush to the scene, then demand a huge payment up front from the desperate homeowner for putting it out. If they wouldn’t or couldn’t pay up, Crassus’s men would just watch it burn. Rumor had it that Crassus would gin up business by sending arsonists to the homes of especially wealthy senators.

And that is the methodology of our Western elites, both those on the Woke left that bleats its concern for the “vulnerable,” and the militarist, neocon right that brays about protecting our “security” and “freedom.”

The Woke left stokes ethnic division, sexual confusion, family breakup and other social problems. Then it trots out its “experts” and “activists” (diversity officers, federal bureaucrats, and rainbow-stoled clergy). They alone can put out the fire, as long as we’re willing to pay — either the $250,000 speaker fees of hucksters like Robin DeAngelo, or in the liberties the State will seize from us, in the name of “equity.”

Perhaps the most obvious arson the left has committed relates to immigration. For decades, Democrats have flouted the will of the American people, and refused to secure our borders. They’d use any pretext, distort any fact, make up any anecdote, to portray U.S. efforts to impose law and order on immigration as akin to Nazi round-ups of Jews.

The long-term benefit for Democrats, of course, is that they expect more alienated, non-white, impoverished voters dependent on government benefits.

But the short-term payoff is nothing to sneeze at either. Right away, you have millions more people without health insurance clogging emergency rooms. Millions more kids from broken homes who don’t speak English, who need teachers and counselors who just happen to belong to the Democrats’ most crucial unions.

Best of all, you have a demographic and cultural shift away from the small-government, conservative Christian core of the Republican party, and hence from the principles of the old American founding. You have mobs who will want to tear down not just statues of Confederates and slave-owning founders. They can be stirred into toppling any statue of any dead gringo, whose name means nothing to them.

Equally repulsive and literally damnable are the neocons, NeverTrumpers, and other elites on the “right.” Not the real right, which you’ll find picketing abortion clinics, defending gun rights, and fighting blackface Marxism at local school board meetings.

I mean the Astroturf right, the kind of people who see mass immigration as a source of cheaper gardeners and nannies, and wars in the Middle East as upticks for their portfolio of defense stocks. These are the people who lied and bullied us into the disastrous Iraq War. Who told us we needed to stay in Afghanistan until the last mullah became a Jeffersonian democrat. Who are telling us right now that we ought to be fighting Russia over Ukraine.

Setting Fires Around the World

These people like to set fires too, then demand that we pay their favorite businesses trillions of dollars to put them out. The Iraq War is the first and most obvious example, so I won’t belabor it here. But most of you probably don’t know how we ended up with NATO expanding right up to Russia’s borders, on a hair-trigger for nuclear war. That happened because defense companies hired lots of old hands from the George H.W. Bush administration to lobby for it. No conflict with Russia meant fewer trillion-dollar contracts. Read this detailed account by Reagan administration hero David Stockman.

How did Ukraine end up with a government that bribed Hunter Biden, imprisoned its opponents, scoffed at the claims of its huge Russian-speaking minority, and demanded unearned membership in the European Union and NATO? That happened because of a CIA-sponsored coup in 2013-14, which creepily resembled the theft of our 2020 election.

You set a fire, then shake down the victims as the price of putting it out. Not a bad business model, if you’re as crass as Crassus. What happens to the Deplorables in that scenario? If you remember the movie, Crassus has every last one of them nailed to a cross on the road to Rome. To be fair, I think our elites today would settle for imprisoning them all in our January 6 gulag on the Potomac, or goading them all to suicide.