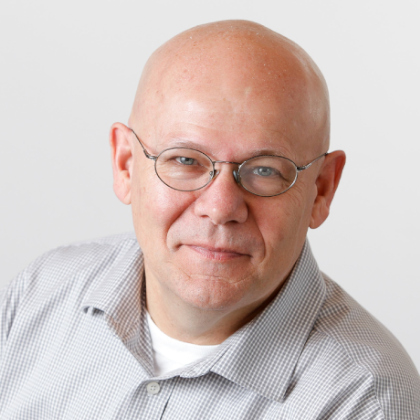 Warren Cole Smith < Back to Voices

Warren Cole Smith is Vice President-Mission Advancement for the Colson Center for Christian Worldview. Warren also hosts the weekly podcast “Listening In,” a long-form interview program heard by tens of thousands of subscribers each week. Before joining the Colson Center, he was Vice President of WORLD News  Group, publisher of WORLD Magazine as well as the producer of the nationally syndicated program “The World and Everything In It.” Before transitioning to a career in ministry, Warren spent more than 20 years in the corporate world, including seven years as the Marketing Director for a major division of PricewaterhouseCoopers, the global accounting and consulting firm.

Warren honed his story-telling skills by writing outdoor and adventure stories — both fiction and non-fiction — for such magazines as “Alaska,” “High Country,” “High Adventure,” and “Sports Afield.” He has written, co-written, or edited more than 10 books, including Restoring All Things:  God’s Audacious Plan To Change The World Through Everyday People (with John Stonestreet, 2015). His latest book is a novel, Print The Legend (2017).  During the 90s and early 2000s, he published “The Charlotte World.” During his time as publisher and editor of The Charlotte World, that paper won more awards from the Evangelical Press Association than any other paper, including twice being named “Newspaper of the Year.” The Institute for Religion and Democracy recently named him to its list of “100 Influential Protestants You Ought To Know.”

Editor’s Note: This article is the fifth of a five-part series on climate change. You can read Part 1 here, Part 2 here, Part 3 here, and Part 4 here. Climate change alarmists such as David Wallace-Wells usually ignore, dismiss,…

The Firing of Bill O’Reilly