The Fifth and Final Part of "Clear Thinking on Climate Change" 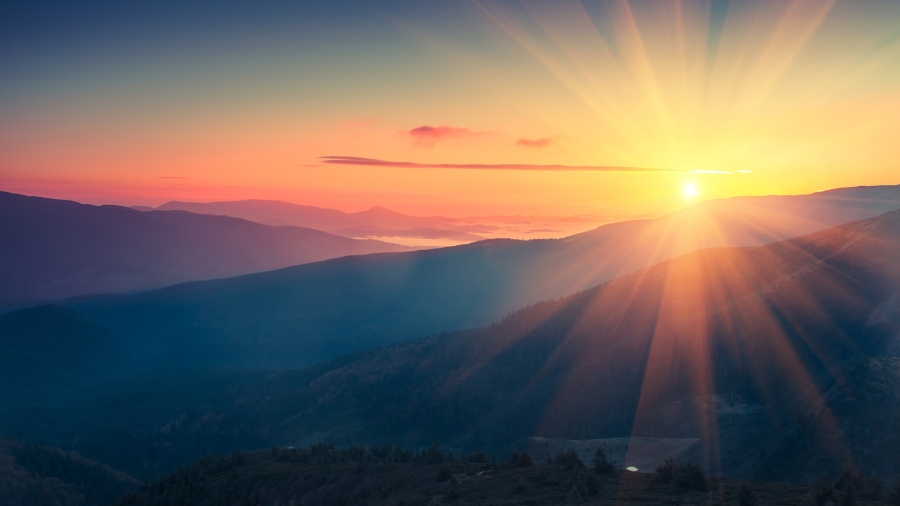 Editor’s Note: This article is the fifth of a five-part series on climate change. You can read Part 1 here, Part 2 here, Part 3 here, and Part 4 here.

The first idea is the population of the earth. The second is whether global warming helps or harms life on earth.

Is the Global Population Growing Uncontrollably?

But the global population is nearing its peak. A longer life span was the main reason population grew so much in the 20th century. In 1916, the average American male had a life expectancy of less than 50 years. By 2016, that number approached 80. Similar trends were seen in almost every country on the planet. That’s why population expert Stephen Mosher said the reason the population grew so much in the 20th century was “not because we were breeding like rabbits, but because we were no longer dying like flies.”

Reducing human population, “population control,” is a part of every comprehensive “solution” to climate change. But, because of falling birth rates, this problem is largely self-correcting.

But longevity rates have slowed just as fertility rates have fallen. The result? In the past few decades, some countries have already seen declines. One region of Russia that has had steep population declines holds a “Day of Conception” every Sept. 12. It gives couples time off from work to stay home and make babies. Couples that “give birth to a patriot” nine months later, on June 12, are eligible for prizes, including money and cars.

Even countries that have not yet seen population declines, such as the United States, will likely see such declines in the next few decades. Fertility rates here have fallen well below the 2.1 level needed to maintain a stable population. In fact, the United Nations predicts that global population could peak well before the end of the century, at no more than 10 billion people.

Other reputable studies say global population will peak at no more than 8 billion and by 2200 could fall far below current levels. The most dire projections have global population falling back below 5 billion people.

In a discussion of global warming, observations about population are important for two reasons.

But, because of falling birth rates, this problem is largely self-correcting. In fact, a century from now, when students of American history talk about “ghost towns,” they will likely not be talking about the long-forgotten mining towns of the Colorado Rockies, or the abandoned railway towns of the Midwest. They may instead talk about cities like Detroit, Rochester, St. Louis and Baltimore. These cities are already experiencing long-term population declines. Even such vibrant cities as New York have not been immune to this phenomenon. The region around New York City has grown, but the population of the city itself has only grown by a million people since 1940.

The bottom line? It is likely that concerns about population growth are overblown. Paul Ehrlich’s “Population Bomb” did not go off, and today no reputable demographer thinks it will.

And that brings us to our final question. Even if climate change does come, and is dramatic, is the net effect positive or negative?

We have already identified the relationship between global cooling and human suffering. The relationship may not be causative, but throughout history the two have correlated nearly 100 percent of the time.

The evidence is growing that the answer to this question is a resounding “yes.”

Positive Changes Around the World

It is true that cities such as Phoenix and Abu Dhabi now regularly experience summertime temperatures in excess of 110 degrees. But it is also true that technological adaptations have made these temperatures more or less incidental to the quality of life there. Both cities continue to grow at rates far greater than cities in colder climates.

Consider just one formerly desert country: Israel. Much of Israel was uninhabitable by all but nomadic desert tribes as recently as 100 years ago. Today, seven million people live there. More than 50 percent of the water consumed there is produced by desalination plants. That water, combined with natural precipitation, means that this desert country now has a surplus of water, a robust agricultural industry, a thriving democracy, and one of the highest standards of living in the world.

Those who predict that global warming will be cataclysmic for the planet have science and the weight of history pushing against them.

David Wallace-Wells says man-made global warming is causing the Greenland Ice Sheet to melt. However, recent discoveries indicate southern Greenland used to be covered by a boreal forest that likely covered millions of acres. In an era of global warming, might we see a return of such lush vegetation at latitudes higher than have been recently possible? And might those new forests themselves mitigate the impact of yet further global warming?

The warming of places like Alaska has also been much in the news, but many Alaskans celebrate a booming agricultural industry and are now exporting specially branded “Alaska Grown” products worldwide. In fact, Alaska had less than 25,000 acres of agricultural land when it became a state in 1959. It now farms more than 1 million acres.

Again, it is impossible to say with certainty what the effects of global climate change will be. Some may experience privation while others experience prosperity. It seems likely that whatever benefits and costs will not be equally distributed. But those who predict that global warming will be cataclysmic for the planet have science and the weight of history pushing against them.

The Harm of Doomsday Prophecies

For reasons we discussed in Part 1, it is too early to say how warm the current period of global warming will get, or how long it will last.

But it is not too early to say that writers such as David Wallace-Wells are taking advantage of the built-in advantages of doomsday prophesies. Prophets of disaster win either way. If their prophesies come true, the prophets can say, “I told you so.” If they don’t come true, they can say “not yet” or “thank God you listened!”

That’s why doomsday prophets will always be with us. Paul Ehrlich wrote The Population Bomb in 1968, warning of mass starvation and food wars by the 1970s. Not only did such crises not come to pass, today — as we discussed in Part 4 — many countries worry about depopulation.

In 1991, Larry Burkett wrote about The Coming Economic Earthquake. The 1990s ended up being one of the greatest periods of economic expansion in global history. In the late 1990s, Michael Hyatt’s The Millennium Bug warned about the Y2K computer problem. He encouraged people to stockpile food and buy gas powered generators in case the power grid went down. The power grid survived into the new millennium.

Science, at its best, is a search for the truth. It should also teach us to be skeptical of our own assumptions and humble about our own conclusions.

We can look back on these doomsday prophets with a certain wry humor. They were wrong, but they did no real harm.

Rachel Carson’s Silent Spring warned us of the dangers of the insecticide DDT. Her book motivated major policy changes. Subsequent scientific study discovered that DDT was safe when properly used, and highly effective. But many countries banned DDT because of Silent Spring. The result? The greatest killer of the 20th century was not war or genocide, but the lowly mosquito.

Rachel Carson’s flawed doomsday predictions likely contributed to the deaths of 100 million people. Today, the direct costs of treatment of the 250 million people who suffer from this preventable disease exceeds $12 billion per year. Other economic losses (including the loss of productivity of those afflicted) are likely many times that number.

In short, flawed doomsday predictions are not innocent or innocuous. They can be deceitful and damaging.

Science, at its best, is a search for the truth. It should also teach us to be skeptical of our own assumptions and humble about our own conclusions. Science teaches us to look closely at the world and describes what we see with as much precision as possible, but not to assert as fact that which should remain hypothesis.

David Wallace-Wells — and the rest of us — might learn from Paul Ehrlich himself, who lived long enough to see the vast majority of the scenarios he laid out in The Population Bomb fail to come to pass. In 2009, he wrote: “In honesty, the scenarios were way off, especially in their timing.”

His conclusion? “We underestimated the resilience of the world system.”

That’s a lesson for us all.