Gallup Examines What Matters Most to Churchgoers 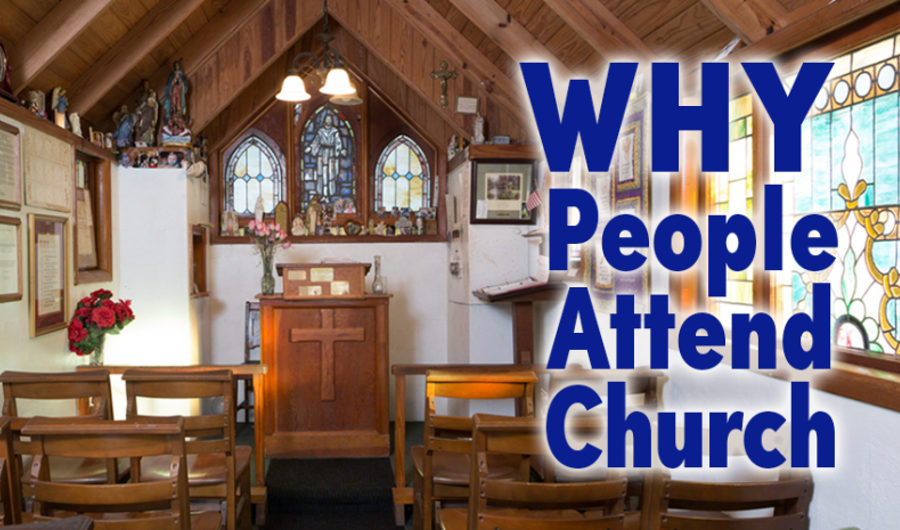 Why do people attend church?

It’s a pretty straightforward question. But even among Christians — especially Christian leaders, writers and pundits who make a living commenting on such things — the answers are many and varied. People attend church because of culture and tradition, because of the music, because of a sense of community, because it’s the right thing to do, because of the children’s program, because of the hospitality and feeling of warmth and well-being.

The Gallup Organization decided to ask people who actually attend church why they attended, and the answers they got are helpful … sort of.

The Results are In

Gallup asked people if various aspects of worship were a “major factor,” a “minor factor,” or “not a factor” in their church attendance. About 76 percent of respondents said “sermons or talks that teach you more about scripture” was a major factor. If that’s all you knew about the survey, you might say that Bible-based expository preaching was the way to fill pews. Such a finding warms the hearts of the theologically conservative. And they would not be wrong. Lots of the largest churches in the country follow that strategy.

But, as they say in infomercials: “Wait, there’s more!”

Almost as many people — 75 percent — said “sermons or talks that help you connect religion to your own life” were a major factor. What does this mean? Are we talking about topical Bible studies? “How to have a better marriage”? “What the Bible says about money”? Or could we be straying even further away from expository preaching into Joel Osteen territory, into what Christian Smith has called “therapeutic moralistic deism”?

To complicate matters even further, children’s and teens’ programs were a major factor for 64 percent of respondents, and “community outreach and volunteer activities” mattered to 54 percent. Indeed, given the size of these numbers, it is likely that a significant number of people checked every box. All of these things were major factors.

So what is a pastor or other church leader to make of these numbers? First, repeat after me: “It’s not about the music.” Evangelicals have been engaged in “worship wars” for 40 years. The “traditional vs. contemporary” divide has consumed a lot of energy, but this survey suggests that it’s mostly an “inside baseball” squabble.

So I’m not saying music is not important. I’m just saying the music is not generally a reason people come or do not come to your church. Use music that is biblical and authentic to your tradition of worship. Don’t worry about whether it will “attract a crowd” or not.

Secondly, faith without works is dead. Have you heard that before? Good. It’s biblical. But it is also what this survey is saying. People want sound preaching and opportunities for service. It’s not an “either/or.” It’s “both/and.” This is not a bad thing; it is a very good thing. Great churches provide opportunities for both growth and service, knowing that one feeds the other.

Finally, and like unto the second: It’s not one thing, it’s everything. In my private life, I don’t get to say, “I’m an unfaithful husband, but that’s okay because I’m a good provider for my family.” No, being a responsible husband, or wife, or parent, means mastering a number of skills, not all of them a natural part of one’s gifting.

So it is with church leaders, and churches. This reality can be overwhelming for pastors, but that’s because they try to do it all themselves rather than rely on another reality of the church: It is one body, but many members.

So this Gallup survey, while more suggestive than definitive, has much to teach us. Perhaps the most important lesson is this: There are no formulas. Some water. Some sow. But God brings the increase.

Warren Cole Smith is an investigative journalist and author as well as the Colson Center vice president for mission advancement.