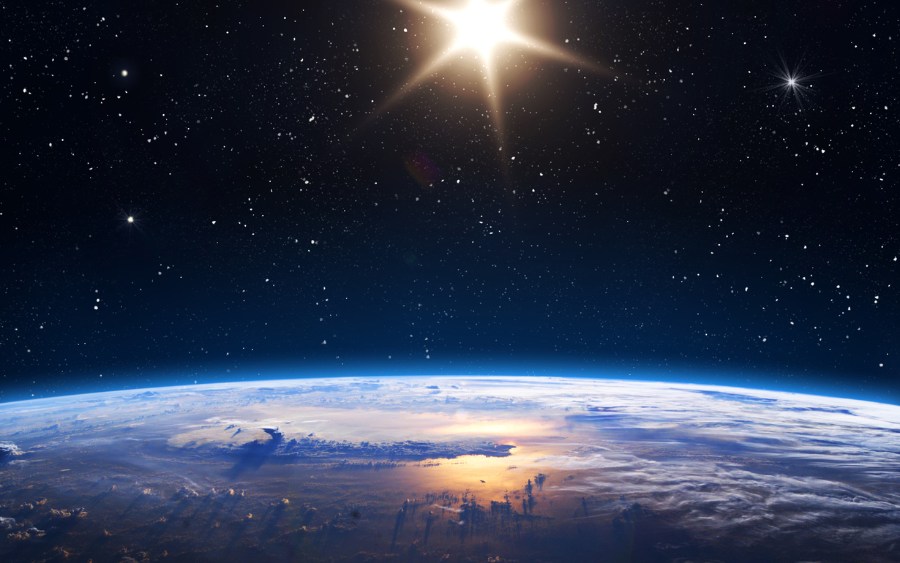 Editor’s Note: This article is the second of a five-part series on climate change. You can read part one here.

The climate is changing. It always has and it always will.

These changes can and likely will result in significant disruptions to the way we live. History and common sense tell us that. But is human activity causing or contributing to the change?

We also know that it does not have a single cause. Of course, we may now be contributing to it. It is also possible our influence has overwhelmed other contributors and is dominant.

But before we arrive at that conclusion, we should consider the most significant known causes of global climate change.

For most of human history, by far the most significant force in our climate is the sun.

Scientists have long known the intensity of the sun is not constant. Our sun has an 11-year activity cycle. During that 11-year period, the number of sunspots per year rises to what scientists call a “solar maximum.” That number then falls to a “solar minimum.” The number of sunspots also corresponds with other activities of the sun. These include increases and decreases in solar flares and the release of solar energy.

By far the most significant cause of climate change is the intensity and activity of the sun.

Most solar cycles fall within a predictable range. However, in a pattern that scientists still do not fully grasp, the maxima and minima sometimes break out of their usual limits. Astronomers call these events “grand maxima” and “grand minima.” These periods can last for decades, even centuries. The “Roman Warm Period,” mentioned in Part 1, took place during one of these grand maxima events.

Some of these events are so significant that scientists give them names. Perhaps the most famous is called the Maunder Minimum.

The Year Without a Summer

The Maunder Minimum took place from 1645 to 1715. During that time, and for a hundred years before and after, Europe and North America experienced far cooler than normal temperatures. The era came to be called “The Little Ice Age.” Mariners reported pack ice in previously navigable shipping lanes. Glaciers started advancing in the Swiss Alps, destroying farms and villages. During that era, the Thames River at London typically froze over in winter. The city held festivals on the frozen river called the Thames River Frost Faires. These festivals ended in the early 1800s because the Thames no longer froze during the winter.

Scientists do not believe the Maunder Minimum caused The Little Ice Age. Again, global climate is far too complex to reduce to a single cause. Further, some scientists date The Little Ice Age from the 13th century until the mid-19th century. These dates mark an era far longer than the Maunder Minimum. But we should note that four other “grand minima” occurred between 1280 and 1820. Not one “grand maximum” occurred during that 600-year period.

It is no surprise that one of the coldest years in the past 500 years occurred during The Little Ice Age. It was the infamous “Year Without A Summer,” 1816. That year, it snowed in Massachusetts in June. Ice remained in some lakes and rivers in Pennsylvania through the summer. The lingering effects of the Maunder Minimum may have contributed to “The Year That Had No Summer,” but most scientists believe volcanic activity was the more proximate cause. (More on volcanoes below.)

We can draw some conclusions from these historical facts.

Secondly, after the end of The Little Ice Age and the last “grand minimum” (the Dalton Minimum, which lasted from 1790 to 1820), the Earth enjoyed a full century of nearly “normal” solar activity. The 20th century was a period of human population growth and increased industry. But it was also a century of major solar activity. Another “grand maximum,” the “Modern Maximum,” began. The Modern Maximum began in 1914 and lasted until 2008, nearly a full century. It corresponds, with a few cooling periods mixed in, with the modern era of global warming.

So it is at least likely, if not probable, that the “Modern Maximum” was a big contributor to any 20th century global warming. It is also possible that humans have had nothing or almost nothing to do with it.

It is simply too early to tell.

As mentioned above, volcanos and meteors also play a major role in climate change, and the effect has almost always been to cool the planet.

For example, the main cause of “The Year Without A Summer” mentioned above, 1816, was likely the 1815 eruption of Mt. Tambora. The eruption put a cloud of ash into the atmosphere that spread worldwide. That ash cloud deflected solar energy back into space and lowering the global temperature by about 0.7 degrees Celsius. That drop, combined with Dalton Minimum, created a worldwide food crisis.

You had to reach back 1300 years, to 535 A.D., to find a similar global crisis. That year, crops failed worldwide. It snowed during August as far south as the Southern Kingdom of China — a region that sits at the same latitude as Florida. Archeological and dendrological evidence suggests either the eruption of a massive volcano or an encounter with an asteroid.

Global Warming Has Been our Friend

These events remind us that throughout history, global warming was our friend, not our enemy. They also remind us that our best efforts to predict the future are often swamped by “black swan” events that overwhelm our best predictive efforts.

Or, as the great philosopher and Yankee catcher Yogi Berra once said, “Predictions are difficult. Especially predictions about the future.”