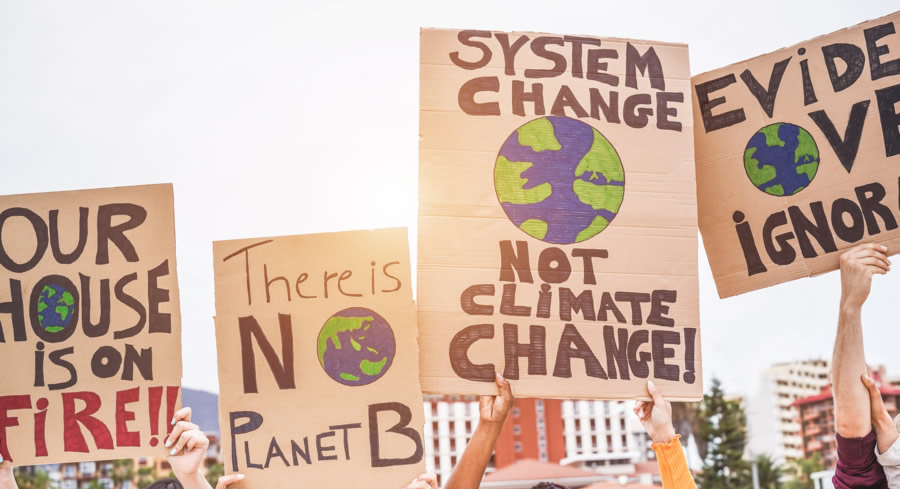 Editor’s Note: This article is the third of a five-part series on climate change. You can read Part 1 here, and Part 2 here.

We humans cannot resist the temptation to predict. As we saw in Part 2, the best thinking of scientists and journalists a generation ago came to the conclusion we were entering a period of global cooling.

A recent notable example of predictions related to climate change is David Wallace-Wells’ best-selling book The Uninhabitable Earth: Life After Warming. It begins: “It’s worse, much worse, than you think.” He then proceeds with a litany of worst-case scenarios so horrible that even some global warming activists think he overstated the case.

Wallace-Wells’ book is an expansion of an article he wrote for New York Magazine in 2017. The Washington Post was among many news organizations that fact-checked Wallace-Wells’ article. The Post reached out to Pennsylvania State University’s Michael Mann. Mann is no climate change “denier.” In fact, the Post said he is “a climate researcher known for skewering skeptics of climate change.”

Mann “took the lead in debunking the Wallace-Wells story … writing, ‘The article argues that climate change will render the Earth uninhabitable by the end of this century. Extraordinary claims require extraordinary evidence. The article fails to produce it.’”

Again, Mann is no climate change “denier.” In fact, he wrote: “The evidence that climate change is a serious problem that we must contend with now, is overwhelming on its own. There is no need to overstate the evidence, particularly when it feeds a paralyzing narrative of doom and hopelessness.”

Mann then went on to identify factual errors in Wallace-Wells’ article. Among them was the contention that a warming earth would pour “massive amounts of carbon that lies in Arctic permafrost” into the atmosphere. Mann called that assertion “erroneous,” citing a major study published in 2015 by a large group of permafrost experts. They found, according to the Post’s paraphrase, “only about 5 to 15 percent of permafrost carbon was likely to be released during this century, and that most of it would be in the form of the slower-warming carbon dioxide, not methane.”

Bob Kopp of Rutgers University, told the Post, “Overall, the article highlights important effects that have been discussed in the literature, but in a manner that is often sloppy and hyperbolic. It would have been helpful had the reporter identified his sources, which makes it difficult to check what he intended in some points.”

Dr. Jonathan Foley called the article “deeply irresponsible.” Eric Steig, a glaciologist and climate scientist at the University of Washington, tweeted, “This is the ‘alarmism’ we get accused of. It’s important to speak out against it.”

This public drubbing may be why Wallace-Wells’ 2019 book toned down some of his claims. Regarding the permafrost issue, he revised his original claims to read that “some” permafrost carbon “may” be released (p. 22). Most tellingly, he attempted to deflect any criticism of his book that used, well, actual science. He wrote, “This is not a book about the science of warming; it is about what warming means to the way we live on the planet.” (p. 11)

The Question of Odds

One of the few conclusions Wallace-Wells gets right is his assertion that climate change is far too complex for current technology to understand and predict. He writes:

Climate change [is] what the theorist Timothy Morton calls a “hyperobject” – a conceptual fact so large and complex that, like the Internet, it can never be properly comprehended. There are many features of climate change … that alone satisfy this definition; together they might elevate it into a higher and more incomprehensible conceptual category yet. (p. 13)

“You raise the question of odds, and it’s a fair critique, I think,” said Wallace-Wells. “I could’ve included some estimates of probability and likelihood, and in some earlier drafts I did work in a few of those numbers.” But he said he felt such estimates are “quite speculative.” Even as he defended outlining worst-case scenarios, he also agreed by email that about 2.5 or 3 degrees Celsius of warming appears most likely this century.

It is difficult to tell the story of climate change. It never happens on any particular day; it never moves very rapidly; it does not directly cause individual weather events. But a number of scientists are saying that this particular story has gone too far.

The great science fiction writer Sir Arthur C. Clarke gave as his third law on futuristic writing, “Any sufficiently advanced technology is indistinguishable from magic.” We might offer a friendly amendment to Clarke’s third law. Any sufficiently complex natural system we tend to treat as magical, and we tend to appoint shamans to interpret them for us. Or, in some cases, as in the case of David Wallace-Wells, they appoint themselves. But there is real danger in that, because their interpretations have real-world implications for how we live.

We discuss those implications in the next article.