A Stream Contributor Who’s Aiding the ‘Least Among Our Brothers,’ Victims of Biden’s Surrender in Afghanistan 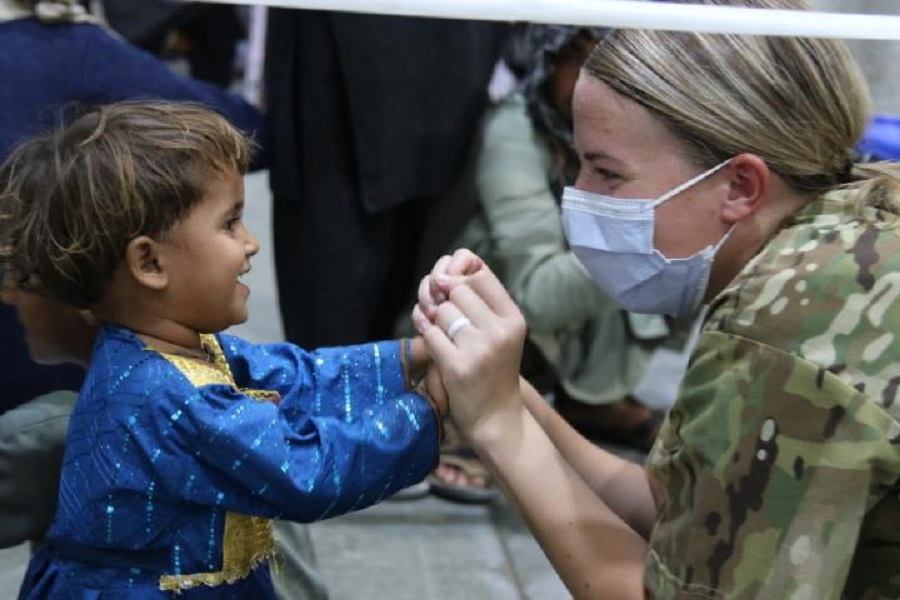 The U.S. pullout from Afghanistan was America’s most sudden and ignominious defeat in 250 years. We have never before “cut and run” so precipitously and recklessly, scampering out of that country like burglars who heard a police siren. Even our withdrawals from Vietnam and Iraq were not so calamitous, humiliating, or morally bankrupt.

Indeed, no U.S. serviceman had died in Afghanistan in 18 months. Millions of Afghans counted on a small cadre of U.S. advisors to hold together their native military forces, and hold off the murderous bigots — allied to China since 2001 — the Taliban. Afghanistan was a key strategic asset for the U.S. in any possible conflict with an expansionist Red China — which now can use the place instead against us. 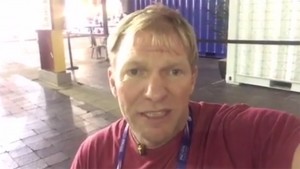 We made thousands of promises in the name of the U.S. government, in the form of special visas for Afghans who’d aided us. And Joe Biden broke them all, refusing to honor those visas or help our allies escape. He didn’t even get all U.S. citizens safely out of the country, before pulling out our troops, abandoning military equipment and facilities worth tens of billions … and leaving our soldiers’ old comrades to die.

Many U.S. veterans were deeply concerned about the Afghan allies they’d left behind, and ashamed of how Biden dishonored America’s word, and disgraced its flag. One U.S. infantry veteran, human rights activist, and Senior Contributor at The Stream, Jason Jones, decided to do something about it. He runs a non-profit, the Vulnerable People Project. In the days and weeks after Biden’s sudden withdrawal, Jones was bombarded with desperate messages from military personnel, and endangered people inside Afghanistan. He knew he had to do something.

So on a shoestring, with funds he raised by rattling the can, Jones began to organize safe havens for persecuted Afghans, and where possible escape routes out of the country. What started as favors done for a few military friends became a hugely significant operation, which has rendered aid to thousands. He wrote a column here at The Stream about his work, “Why I Gave Afghans Coal for Christmas.”

Targets on Their Backs

abandoned thousands of American citizens, Afghan allies of America, and Afghan Christians to a regime based on rape, torture, and terror. As a U.S. infantry veteran, this struck me with special horror. I know what happened to South Vietnamese who aided our old war effort, and I couldn’t believe that we were subjecting thousands more of our allies to such a fate.

Through my Vulnerable People Project, I’ve been trying to help these people get out of Afghanistan to neighboring countries and safety. My special focus has been Christians, since the Gospel went viral among the peoples of Afghanistan during the two decades of religious freedom we helped to guarantee there. Now all those people have targets on their backs.

The People Who Helped Our Troops Survive

You might remember Sister Deirdre (Dede) Byrne from the speech she gave at the 2020 Republican National Convention, on abortion. She’s a member of the Little Workers of the Sacred Hearts, and a surgeon. In 2008 she worked at Camp Salerno, Afghanistan. There, she recounts, “I had the opportunity to work side by side with some phenomenal Afghani civilians who worked with our coalition to help us in the service, both with our military troops as well as the local civilians.” After Biden’s pullout, those American allies suddenly had prices on their heads.

In December 2021, I received a phone call from the son of a doctor I’d worked side by side with. His mother had been captured by the Taliban, and for three days, had been severely harassed. Why? Because she had been our friend. They let her go, but they lived in deep, deep fear… . I asked him to send me an email with documents to prove everything. Lo and behold, he sent me documents, even a letter I had written to her in thanksgiving for the hard work she had done for our troops. I was stunned when he said, ‘Please help us get out of Afghanistan!’

Jason took the information, and via his network, got the family food, coal, and a safe haven for about three weeks. A few days later, I received a text from Jason saying, ‘Sister, pray. They are going across the border.’ Somehow, some way, through the Vulnerable People Project, Jason got 13 members of this beautiful family in three vehicles safely across the border from Afghanistan to an unnamed country.

Byrne said she feels “deep gratitude for one of the most phenomenal organizations that I’ve been a part of,” Jones’ Vulnerable People Project.

Juliana Taimoorazy is founder and president of the Iraqi Christian Relief Council. She says,

Through the Vulnerable People Project, [Jason] has saved countless lives, especially in Afghanistan. Last year when Afghanistan fell, there were six Afghan Christians that reached out through a friend of mine and they asked to be saved. They had served the American interest in Afghanistan and were left vulnerable. I immediately called Jason and asked him for help. I called many people, but the only one to answer the call was Jason. He seamlessly and very quickly started the process and saved the lives of six women.

Delivered from the Taliban

Alejandro Bermudez is founder of the Catholic News Agency. He says:

I was approached by a group of Christians in Afghanistan after it was taken over by the Taliban. Without the help of Jason Jones and the Vulnerable People Project those guys would have been dead today. He carried the ball all the way. We continue to struggle but he is still deeply committed and delivering in saving first in saving their lives and getting them out of Afghanistan, and now working together to find a place for their permanent resettlement.

A former co-worker of Jason’s at his non-profit, Jennifer Cadena, is now an actress. She says

I remember watching the news, seeing the United States exit Afghanistan and what an absolute terrible tragedy that was, the calamity, the suffering; it was just a complete disaster. I started getting some messages from one of the moms in the ‘mom group’ I’m in. She was begging anyone who could help her mother-in-law who was stuck in Afghanistan.

She already had her visa and paperwork was already going through to the Embassy because her and her husband lived here in the United States, and he’s from Afghanistan. The situation was very dire because she had married someone that was not Muslim, her husband and so the Taliban was after her. It was very scary and she was sending these very desperate messages.

Immediately I knew that I could call Jason. Having worked with him for close to 7-8 years, I knew he could get things done. Right away, he said yes. He said yes without even thinking about it. He did it; he made it happen. She is here (in the United States). He saved her life. I am very thankful to him for that; I am very thankful that she is here with her grandchildren, her nephew, with her son, and that she is safe in the United States.

The Price of Great Power

Jones explained here at The Stream:

It’s my prayer that American citizens realize the deep responsibilities that come with vast national power. President Trump understood that, which is why he did not enact a sudden, reckless pullout from Afghanistan. Joe Biden — or the secret committee that actually governs in his name — severely damaged American interests and soiled our national honor with the cut and run abandonment of that country. It’s just one of dozens of un-American policies and decisions that have lashed America since a controversial and still contested election.

One way we can push back against what team Biden is doing to our country and our world is to mitigate the damage. The Vulnerable People Project is my way of doing that.

Watch this powerful short film from the VPP with first-person testimonies of Afghans and others about the effort to rescue America’s friends from the collapse of Biden’s policy.