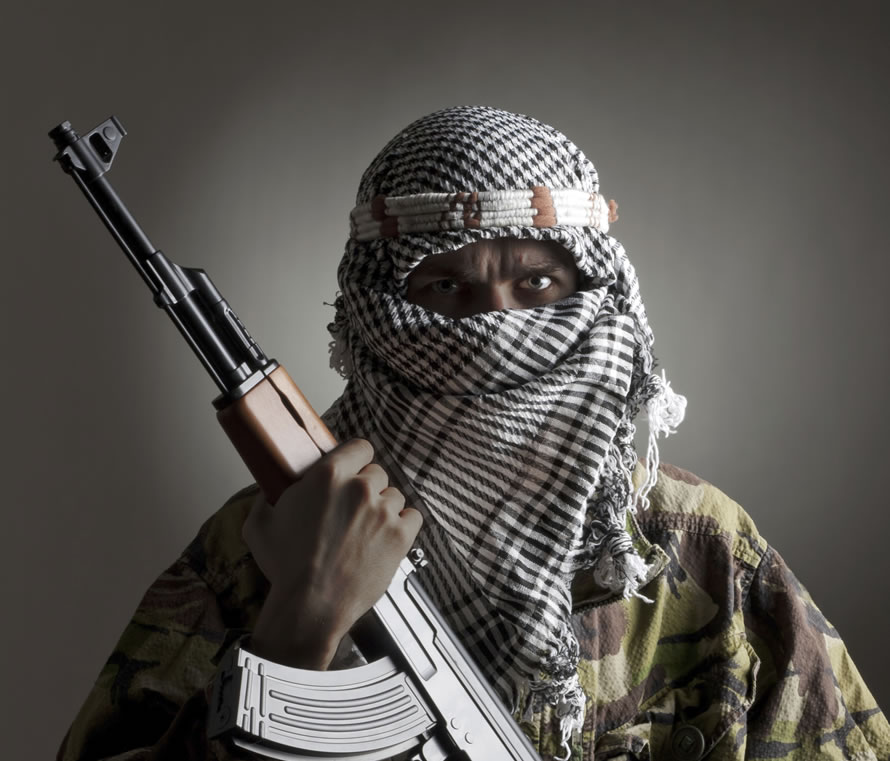 China’s history with Islamist extremists in Afghanistan stretches back to the 1980s when it trained and armed anti-Soviet mujahedeen during the Soviet-Afghan war. China has waged a brutal campaign of colonization and occupation, more recently genocide, in East Turkistan (“Xinjiang”) for decades. It has frequently met resistance by local Uyghurs and other Turkic peoples.

Following the September 11 attacks, China tried to claim it was a victim of “East Turkistani terrorism.” On November 11 2001, it told the UN Security Council that it was fighting against the “East Turkistan Islamic Movement (ETIM).” Since then China has been using the pretext of “anti-terrorism” to wage an all out war against the Uyghurs. Read The War on Uyghurs, by Professor Sean Roberts of George Washington University, to understand how China is using the false pretext of “anti-terrorism” to wage genocide.

China has pretended to be among al-Qaeda’s victims, and America’s allies in the War on Terror. Why? To win U.S. acquiescence in its repression of Uyghurs in East Turkistan. However, the facts show that CCP has a long standing connection with al Qaeda and the Taliban.

China Allied with the Taliban, and Did Business with al Qaeda

In 1998, after an American cruise missile attack on al-Qaeda camps in Afghanistan, China paid $10 million to the terrorists for unexploded Tomahawk missiles, and later reverse-engineered them.

In 1999, two senior Peoples Liberation Army officers wrote a book titled Unrestricted Warfare. In it, they discussed a hypothetical second attack on the World Trade Center in New York (following the 1993 failed bombing attempt). They noted it would “open up a complicated dilemma for the United States.” The authors specifically named al-Qaeda as the organization with the ability to carry out such an attack.

China opposed UN sanctions against the Taliban, even after the Taliban refused to hand over Bin Laden following al-Qaeda’s attacks against U.S. embassies and the U.S.S. Cole. Instead, China’s ambassador to Pakistan met with the Taliban’s founder Mullah Omar in December 2000. China continued to provide the Taliban with arms and technology.

After 9/11, China Played a Double Game

As the Washington Post reported, on the very day of September 11, 2001, the Taliban and China signed an economic and technical cooperation agreement. U.S. intelligence officials discovered that two Chinese state-run telecommunication companies, Huawei and Zhongxing Telecom, were helping the Taliban install communication systems. Chinese state media Xinhua later produced a video on the 9/11 attacks, glorifying the strikes as a “humbling blow against an arrogant nation.”

The Washington Times reported in December 2001 that a senior U.S. official stated that China continued to supply Al-Qaeda and Taliban with weapons even after the 9/11 attacks. “The official said that a week after the terrorist attack, the ruling Taliban and the al Qaeda fighters embedded among them, received a shipment of Chinese-made SA-7 missiles. The shoulder-fired anti-aircraft weapons are similar to the U.S. Stinger.”

In 2002, Chinese President Jiang Zemin stated that China opposed the U.S. military presence in Afghanistan, Central Asia, and the Middle East. In fact, after the liberation of Afghanistan from the Taliban in August 2002, Mullah Omar’s personal representatives and senior officials of the Chinese Foreign Ministry held “consultations” in Beijing. China continued to support the Taliban while claiming to fight “terrorism” in East Turkistan.

Also in 2009, while China claimed to be fighting against the so-called “East Turkistan Islamic Movement (ETIM),” the atheist CCP signed an agreement with Pakistan’s Wahabbi Jammat e- Islam (Islamic Party). The deal covered the fields of “justice, development, security and solidarity.” In addition, the Jammat e-Islam declared its support for the ‘One China Policy’ and vowed to oppose “Muslim separatist movements” in reference to East Turkistan and the Uyghurs. In April 2009, the Jammat e-Islam were then invited by Beijing to “preach Islam” in China (including East Turkistan) and oppose “separatism.”

In 2010, China and Turkey signed a 10 point strategic-partnership agreement which included security and intelligence cooperation. In 2013, with the escalation of the conflict in Syria, some 20,000 Uyghurs mysteriously managed to cross dozens of checkpoints, and national borders, into Southeast Asia. These fighters somehow evaded Chinese security forces and intelligence, then ended up in Syria and Afghanistan under the “Turkistan Islamic Party (TIP), fighting alongside al-Qaeda in Syria and the Taliban in Afghanistan.

In 2014, China pointed to the Uyghurs in Syria and Afghanistan fighting under the Taliban and al-Qaeda as the basis for its “re-education camps.” By 2019, some 3 million Uyghurs were put into concentration camps under the pretext of “counterterrorism.” All the while, China continued to support the Taliban, whose use of the Uyghurs in its ranks helped legitimize China’s ongoing campaign of genocide.

Turkey used the Uyghurs in Syria fighting under the banner of the TIP (which owes allegiance to the Taliban) to fight against the Assad regime and US-allied Kurds and Syriac Christians. In return, Turkey has remained silent on China’s ongoing campaign of genocide against the Uyghurs.

Everybody Wins, Except the People

It was win/win for the dictators. Turkey benefited by using Uyghurs as cannon fodder against the Assad regime and the Kurds. China gained by getting rid of Uyghurs who might have offered opposition to its mass internment campaign and genocide. Most importantly, China was able to paint all Uyghurs as “jihadists and terrorists,” which undermined the East Turkistan national movement.

It’s no surprise that China’s Foreign Minister recently met with senior Taliban leaders in Tianjin, China, scant days after meeting with U.S. Deputy Secretary of State Wendy Sherman. Shortly after the meeting with China, the Taliban responded in regards to the Uyghur situation by stating:

After the fall of Kabul to the Taliban, many countries shut down their embassies and consulates due to security concerns. However, Chinese state media gloated that China’s embassy in Kabul was still operating and being protected by the Taliban.

What’s also alarming is that after China’s Islamist Taliban allies took over Kabul, Chinese state media began to replace the “Islamic” in the Chinese government fabricated “East Turkistan Islamic Movement” with “Independence.” Beijing could no longer appear to be opposing “Islamic” movements, given its open support of the Taliban.

Salih Hudayar was elected as the Prime Minister of the East Turkistan Government-in-Exile on November 11, 2019.