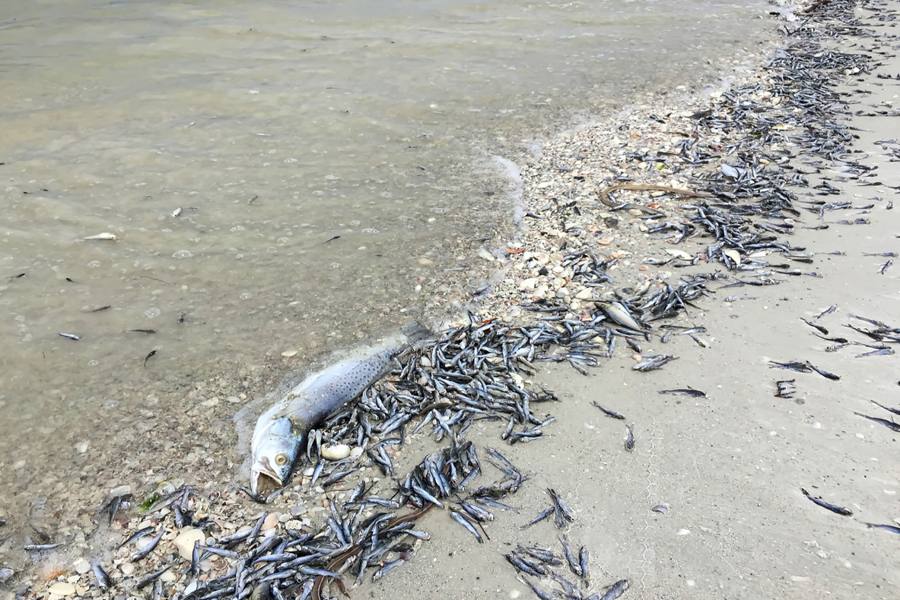 I clicked on one news email the other day and the headline it sent me said, “The Democrats are Building Themselves a Suicide Machine.” I clicked on another and it took me to a Christianity Today article that opened with this.

A number of women reported demeaning, inappropriate, and offensive behavior by former editor in chief Mark Galli and former advertising director Olatokunbo Olawoye. But their behavior was not checked and the men were not disciplined, according to an external assessment of the ministry’s culture released Tuesday.

I thought I’d mixed up the two articles. It was the evangelicals building themselves a suicide machine.

I am an evangelical. I believe in God as revealed in Scripture, and I have also been a student of church history. God’s Church is forever, He will preserve it no matter what, and I have no doubt of that.

But that doesn’t mean some people won’t try to outwit Him and kill His church anyway.

Galli did his best. I mean his worst. I mean his most gallingly crass. Sure, it wasn’t just Galli; there was another main perpetrator identified, and the whole magazine has admitted major error. But it was still Galli at the helm, and it was Galli preaching morality in public while flouting it in private.

He smelled of self-righteousness. Seriously. Late in 2019 he wrote “Trump should be removed from office,” with a loud smack on evangelicals’ heads for moral obtuseness: “The reason many are not shocked about [Trump’s ‘grossly immoral character’] is that this president has dumbed down the idea of morality in his administration.”

Dumbed down? Galli’s view of morality was dumb, and I mean openly so; dumb in the sense of being one-dimensional. “Donald Trump bad. Evangelicals bad. Donald Trump out. Then evangelicals be good again.” That’s how I read it at the time, and I think it was an accurate read.

I could play shrink on him, with fancy modernist words like “Projection.” I’ll stick with old ones instead: Sin. Hypocrisy. Self-seeking. Power-abusing.

Wronger Than We Knew

Galli accomplished one thing, anyway: He created a nice, clean, easy, one-dimensional moral situation. Just take that Trump line (yes, a caricature, but caricatures are recognizable for a reason), and aim it back where it belongs. “Galli sexual harasser. Galli hypocrite. Galli unrepentant. Galli out.” (I can’t help calling to mind that Trump had long ago rejected and repented of the sins he’d been caught talking about on that infamous recording.)

Voters had multiple complicated moral factors to weigh, as we decided on Donald Trump versus his electoral opponents. Galli’s own moral case was simple. He was doing wrong. He could have made the obvious decision for himself, years ago. He could have confessed, repented, made whatever restitution he could make. And then he could have resigned.

Galli not only hid, he preached. We knew it was wrong at the time, but it was even wronger than that.

It would have been awful to go through. I get that. Hiding from it didn’t help anyone, though, not even Galli himself. When will we ever learn it? Every sin takes you down, but your secret sins will take you out.

Galli not only hid, he preached. We knew it was wrong at the time, but it was even wronger than that.

I’m Angry. Anyone Else With Me On That?

I don’t know if this news hit you like it did me. I hate it. I really hate it.

Maybe I’ve just seen too much of it. Like seeing my good friend, my own kids’ youth pastor, with his face showing in a mug shot. Then having to help clean up the damage after he got sent to federal prison.

I do not like being lied to, and here we discover another major evangelical leader has been doing it again.

I hate this, and I’m angry. I know I’m not the only one. There’s been way too much of this!

This one really galls me, and I think it’s because Galli was preaching so publicly against exactly the same sin he was perpetrating privately. He was doing harm to women there at the magazine. And he was influencing evangelical voters with his “righteousness.” While silently destroying the moral witness for which he’d been grandstanding.

Is it possible to attempt institutional suicide and keep it secret? To administer slow poison to the people, the values, the institutions you claim to be living your life around?

Is This Anger Wrong?

Anger actually fits sometimes, especially when we see someone harming people we love. Or trying to inject slow poison into our Christian testimony.

Jesus got angry, and not necessarily when you think it was, or at least it doesn’t say so where you probably expect. We don’t know what mood He was in when He cleansed the Temple. We do know what it says about Him when self-righteous, smug, religionist Pharisees got in the way of His helping someone. “He looked around at them with anger, grieved at their hardness of heart, and said to the man, ‘Stretch out your hand.’ He stretched it out, and his hand was restored” (Mark 3:5).

Pro tip, which I got from a counselor once, though he got it from Jesus in that passage: Sometimes anger needs grief to go with it — not to tamp down the anger, but to help keep us from doing the harm that anger alone might make us do.

And believe me, I am grieved. I am grieved at the slow, dripping, toxin Christianity Today seems to have let run through its veins. I am grieved at the harm that poison did to people who should have been able to trust Galli, and the rest of the magazine. I’m grieved that damage was done not only to dozens, those who were hurt by it locally — even though that’s more than bad enough — but to many thousands, readers and followers of what should have been a magazine of trustworthy Christian witness. And I’m grieved that once again the world can look at Christianity and wonder if Christ is so good after all.

That last one especially gets to me, where people are going to wonder about Jesus Christ Himself. That’s wrong! We cannot do this to the Name of Christ! God help me, God guide my emotions, God don’t let me get this wrong myself, but Christians, we have got to get angry enough at this pollution among us to put a stop to it! If you’re doing it yourself, give up the false belief that you’re getting away with it in secret. You aren’t. If you or your church are covering it up for someone, stop it. You’re not helping anyone. You’re playing Dr. Kevorkian, helping with the suicide attempt instead.

But the Man Still Gets Fired

So here’s my prayer for myself (and for you, if you don’t mind). I do not need to ask God’s help getting angry. I’m there already. I do need God’s help letting me grieve this properly. And believe me, I have people nearby helping keep me from the secret sins that can take a guy out. I know a guy can lie; I’ve been lied to enough myself; but I don’t dare do that. God help me keep honest! I don’t mind you praying that I stay strong.

But then there’s still this one last pro tip I got from the counselor that day. It’s not that I didn’t know it already. I’d be acting in an official capacity, and if I hadn’t done it, I’d have injected one huge nasty dose of moral poison in our own organization’s veins. But it didn’t hurt hearing he agreed with me. He said, “Hey, Tom. Go fire the guy.”

And I did. Because even though God is more than great enough to survive our attempts to kill off His Church and His testimony, we have a responsibility to stop it, too.