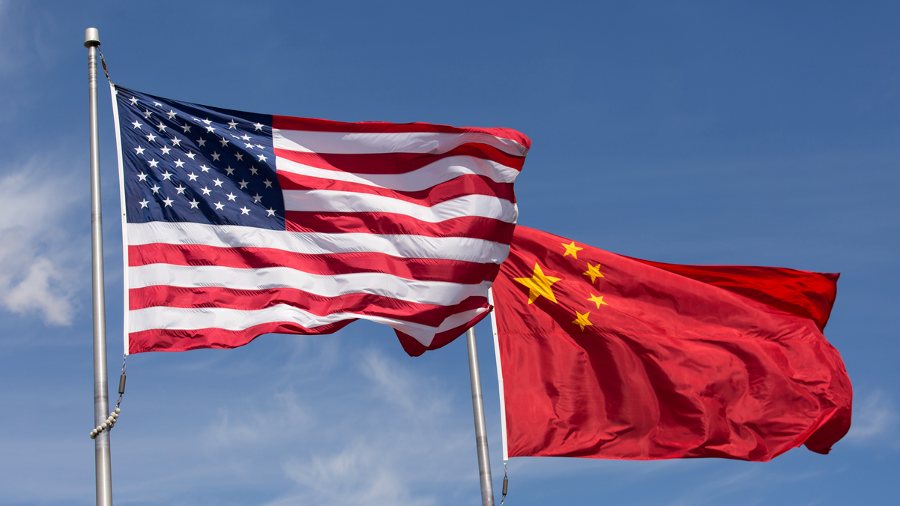 In a previous article, I described some of China’s contributions to humanity, and explained why I consider myself a life-long friend of that country. Now let me ask my Chinese friends: where would you be without America?

In this year’s hit Chinese Movie, The Battle at Lake Changjin, the message of the Communist Party seems clear: past or future, America has long been China’s implacable foe. The CCP are the heroes who protect you, who helped China “Stand up,” as Chairman Mao put it, and ushered in China’s new-found prosperity.

I have argued, though, that China probably would have made faster progress without the CCP, certainly without the many disasters that Mao unleashed. Arguably, too, the United States has been a better friend to China than your ruling party.

I might list the many American inventions that enrich your lives, as I mentioned Chinese inventions earlier. I might also bring up the hundreds of billions of dollars of intellectual property that Chinese companies and government have stolen. America was not always scrupulous about property rights when we were on the rise, either. But let me focus on five more intentional acts of kindness.

(1) You have heard of the Flying Tigers, volunteer American pilots who dueled Japanese Zeros over the mountains and rice fields of China. (Pappy Boyington, the fictionalized hero of the TV series “Baa Baa Black Sheep,” got his start as one of many Tiger aces.) While an even larger force of Soviet pilots aided China early in its war with Japan, their Red Army also massacred Chinese soldiers and civilians in your Northwest. Then in 1941, Russia signed a non-aggression pact with Japan and refused to aid China further. When China needed help the most, Americans fought and died, side by side with your grandparents. (My father’s uncle served as a colonel in Kunming.)

Without that help, who knows how many more Chinese would have perished? Who knows how long it would have taken China to cast off Japanese occupation, and to “stand up?” It is likely that without American help, ruthless Japanese imperialists, like the Mongols and Manchus before them, would still be ruling a dynasty that included China to this day.

(2) The Opium Wars of the early 19th Century are seared into Chinese memory, and were prominently covered in my students’ textbooks. A plaque in the Summer Palace in Beijing reminds visitors that British and French soldiers once torched the place. (No plaques remind you of the thousands of sites around China trashed by Chairman Mao’s Red Guards, or the destruction of churches and mosques by the present regime.)

Angered over imperialism and the opium trade, in 1899, Chinese secret societies attacked westerners across northern China. “Support the Qing government and exterminate the foreigners!” they cried. Mobs of patriots drawing on martial arts killed hundreds of foreigners and thousands of Chinese Christians, trying to drive “foreign devils” and their allies out.

As Canadian missionary Jonathan Goforth fled south with family, shouts of “sha sha sha!” (Kill! Kill! Kill!) rang in his ears. Goforth was felled by an ax to his head, but got up and tottered on. His “crimes” were to preach the gospel of Jesus Christ, and to bring famine relief.

Afterwards, he wrote: “The first cause of that uprising was the land-grabbing greed of the great nations.” He named Germany, Russia, the UK, France, Italy, and Japan … but not the United States.

America had become one of the most powerful countries in the world, but did not use that power as other great nations did to seize Chinese lands when your country was most vulnerable.

(3) On the contrary, beginning at least with the Chinese Education Mission in 1872, America sought to help China develop. Another missionary, Samuel Brown, founded a school in Guangdong Province in 1838. Later, as a Yale graduate, he sponsored a young Chinese man named Yung Wing to study at Yale: the first known Chinese graduate from an American university. Yung talked the Qing government into sending 120 young men to America to study modern science, technology, and other skills that would aid in China’s development.

In his autobiography, Mark Twain notes that conservatives in China became worried when those students learned baseball and showed other signs of Americanizing, and decided to withdraw them. Yung Wing started up a petition asking the Chinese government to let the students continue.

Twain and a Christian pastor called on Ulysses S. Grant, who had drawn huge crowds when he visited China, and asked him to sign. Grant “did a hundred times more than he was asked,” Twain wrote, as Grant dashed off a personal letter. Twain argues that this letter persuaded the Qing government to reverse itself. One who graduated before the Chinese government changed its mind again was Zhan Tianyou, the “Father of China’s Railroads.”

Grant also promised Twain that when the time was ripe, he would urge Americans to financially support a system of military railroads to defend China.

Liang Cheng was another of those students, coming to America at the age of 12, and becoming a star on his school baseball team in Massachusetts. (He helped beat a rival with a clutch triple, then double, in the face of racist jeers.) When Liang later served as ambassador to the United States, Teddy Roosevelt asked him who the best player on his team had been, and he replied, in an admittedly un-Chinese manner, that he was. Liang complained that “in a Chinese school it is all work and no play,” recommending that the Chinese copy the American example by including sports in the curriculum.

Chinese schools learned that lesson: basketball, invented by a pastor in Massachusetts a few years after Liang left that state, is now fanatically popular in Chinese high schools. And as Academic Principal of an international school, I followed in Liang’s footsteps by bringing my glove to China and teaching our students baseball.

After the Boxer Rebellion, China was forced to pay huge indemnities to the eight nations that put the rebellion down, including the United States. But Liang persuaded Roosevelt to use much of the American portion to teach Chinese youths. Representing the Chinese government, Liang later wrote Roosevelt thanking him for his “high sense of justice.” In response, Roosevelt expressed satisfaction to hear about “the schools and the diminution of the opium traffic.”

Does that sound like American leaders had their knives out for China?

The Boxer Indemnity Scholarship Program brought another 1300 students to the US. These included Hu Shi, the great philosopher and reformer, Nobel Prize-winning physicist Yang Chengning and Qian Xuesen, who guided China’s atomic weapon, missile and space programs. Qinghua, now ranked the top university in China, was founded to prepare students in that program to study in American schools.

Wisely or foolishly, America helped your country develop, then kept it from being conquered by Japan. One of the worst vices in Chinese morals is “wang en fu yi,” ingratitude. It would be a betrayal of a moral value central to Chinese tradition, of the teachings of your greatest sages, to make America regret those past kindnesses, as Xi Jinping seems determined to do.

There is much more I could say, and will say in a coming article. The point should be clear enough already, though: Chinese should see the reality. America has not been their endless foe, but one of their greatest friends.