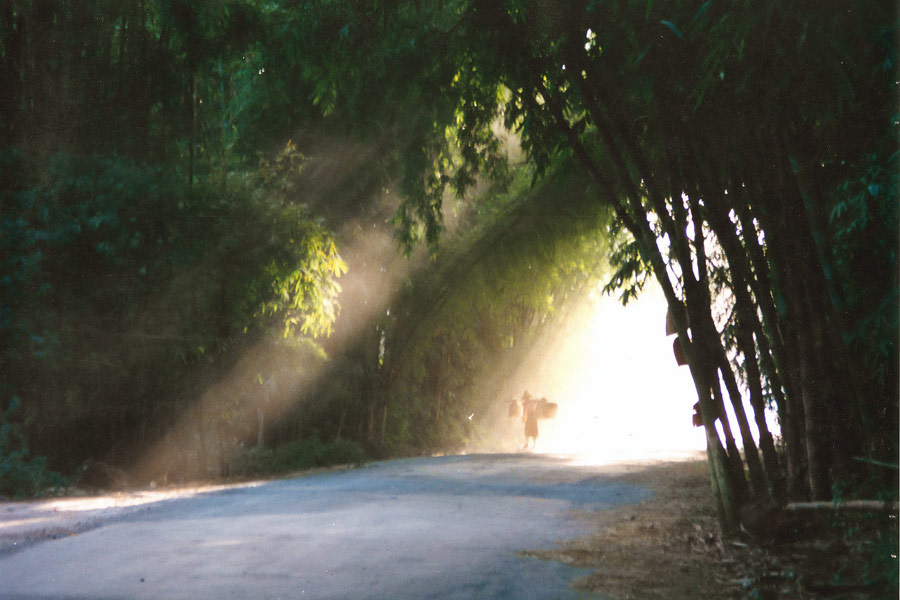 To the Chinese People:

First of all, thank you.

Many Americans hate to admit they like China today, but I’ve been a fan ever since I was a boy and neighbors took us out for Chinese. I mean a fan of China’s cuisines, poetry, peoples, mountains, wildflowers, and vine-laced temples whence Taoist immortals were said to ascend to the skies. I do not mean your government. You have offered me friendship often, in many ways and many places.

That friendship is under great stress now. An article in the Chinese press recently covered a conference of American conservatives at which someone suggested arming Taiwan with nuclear weapons. The authors were nasty, but the comments section was worse: “Nuke America flat!” “When Taiwan is armed with nukes, war begins!” were among remarks that gained the most “up” votes.

In my first article in this series, I compared the fractious trans-Pacific relationship to a breakfast I once had with Chinese and German friends who talked past one another in different languages. But watching the U.S. and China go at one another right now is more like watching one’s parents break up. Both sides only see the worst in one another. Every move, however harmless, leads to squabbles. Will America end up moving out on Asia, as we moved out on Afghanistan? Who will get Taiwan in the divorce? (How about the people who live there?)

Take it from an old friend. Your rulers’ breath stinks. That’s why, despite the many wonders and contributions of your civilization, and astounding economic progress, you are now driving the world away.

In this feud, Dad and Mom both have nukes.

How does a counsellor deal with a failing relationship? She probably won’t start in by asking, “So, what is wrong with your wife?” She’ll ask, “How did you fall in love with her?” “What did he do that made you smile?”

Something is deeply rotten in Beijing. (And increasingly smelly in D.C.) Before I remind you of the crimes of the Chinese Communist Party, though, let me say what I love about your country. Later I’ll also explain why you should thank God for putting the United States on the map, for all our faults, and not fantasize about nuking us off it.

“Chinese food” is not just one cuisine, I quickly found when I began exploring China, back in the 1980s. I also found that eating could be an adventure in China: from fried beef noodles at a dive by the roundabout in the seaside town of Lao Feng Shan outside Hong Kong, where the cat used to jump up on the table, to our on-going quest for the best Hunanese food in Changsha, to restaurants in Yunnan so choked with pepper clouds I ran into the street, to a town in Shandong, where according to custom, the placement of a large fish on the table dictated how many glasses of rice wine each guest was to drink.

You gave the world its most popular staple (rice), one of its most healthy (soy), and peaches, which the Monkey King ate to become immortal. In Ron Hubbard’s hokey ’50s sci-fi Battleship Earth, Chinese food becomes the rage around the universe. But while I have tried Chinese in Delhi, Oxford, Bangkok, Seoul, and a little town in North Dakota, one of the great pleasures of Chinese cuisine is its rootedness in the climates and customs of particular mountains, valleys, and lakes. Dan Dan noodles would lose something on Alpha Centauri. 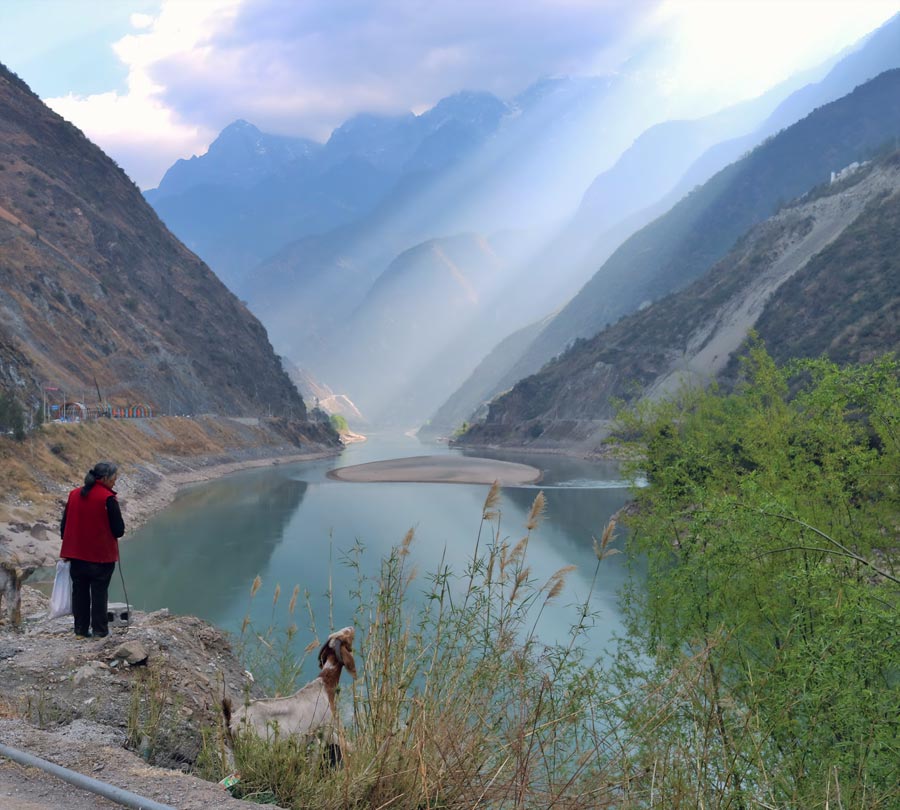 And I think of the old farmer in Shandong who loaded me up with Yukon gold potatoes when I passed his field. The couple from the mountain church near Qingdao who took me into their home then sent me home with apricots and tea from their garden. The Christians in southern Henan who shared the apples and watermelons they grew, below the stone fortress in the mountains called “City of the Sun” where bandits once ruled. The Chinese-Vietnam War vet in Yunnan who handed me a stalk of sugar cane to chew on during one hot day and took me to his house for tea and war stories.

Thank You to Those Who Welcomed Me

To all those who have made me feel welcome, treated me to meals, told stories and even put me up in their homes over the years: thank you.

I studied Chinese characters, which marry beauty and meaning in a unique way, on readers made of rice paper. I spent years on the road joking, arguing, preaching, probing, flirting, even dreaming in Mandarin.

Wonders I found off beaten paths still haunt my soul. Blue dragonflies lighting on lotus fronds. Forests of wizened rhododendrons blooming pink, red, yellow, and white, as threads of mist joined villages at the foot of hills shaped like camel humps. Stone Drum, where the Yangtze River (there called the “Golden Sands River”) weaved among willows, and a girl with colored threads in her hair sang Tibetan herding songs to me. Lilac thickets perfuming the tree line at Heng Mountain in the far north, the most rarely-visited of five ancient sacred peaks. 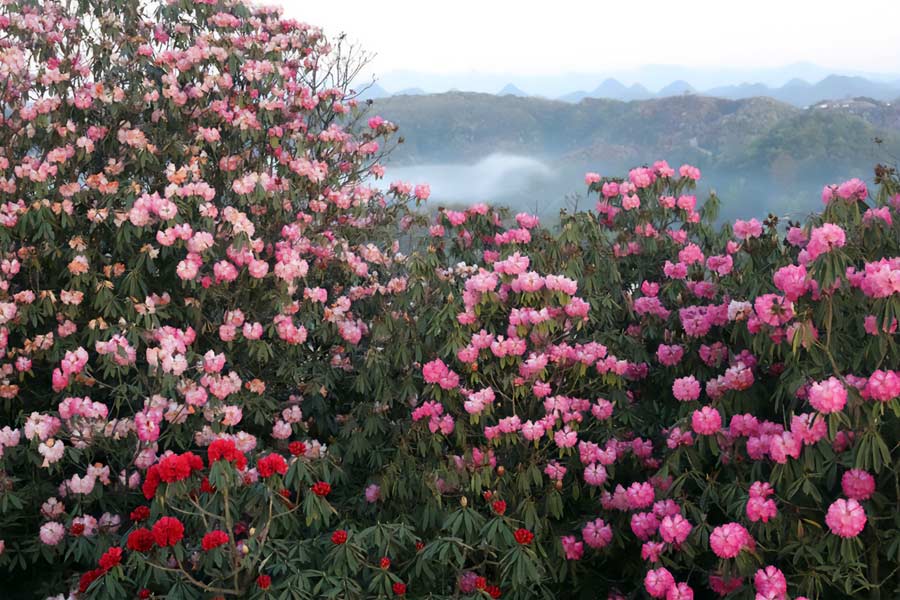 America’s grand mountains are mostly organized in rows, north to south. In China, as I put it in True Son of Heaven: How Jesus Fulfills the Chinese Culture, peaks “seem to boil up all over like a pot of water.” Myth boils up with them. The Classic of Mountains and Seas describes monsters on every mountain. Journey to the West relates how the Monkey King hiked those hills with friends, fighting their monsters on the way to India to fetch Scriptures. Romance of Three Kingdoms tells how Zhu Geliang slyly exploited the topography to defeat enemies. Cousins of the flowers that bloom on those peaks now fill western gardens with color and scent in spring: lily of the valley, camelia, lilac, weigela whose blossoms spring from granite boulders in the mountains of Shandong.

China not only gave the world flowers, noodles, ceramics, martial arts, and bonsai (through Japan). Francis Bacon said three innovations helped create the modern world: printing, gunpowder, and the compass. All were invented in China.

I have encouraged your children to love their country. Ask that monk at a hillside temple about Buddhism! Wade this river and climb these rice terraces to minority villages! Transcribe the stories of those fishermen and tea farmers in our student newspaper! I assigned your great poets and philosophers, and helped our Chinese teacher order classical literature for our school library.

The greatest philosophers of ancient China were humane men who recognized limits to power. “Accomplish things without force,” was Lao Zi’s laissez-faire motto. Anticipating Ronald Reagan, one Confucian sage suggested that to raise state income, the ruler should lower taxes!

What a pity you don’t put Confucius or Li Bai on your 100-yuan bill, in place of that bloody peasant’s son from Hunan!

If China were now run by true disciples of the sages, or of Jesus Christ, who I believe fulfills their deepest insights, I doubt its growing power would frighten the world. But the rise of China is creating great concern. Your rulers blame America for those fears, because the CCP is always reasonable, even kindly, in its dealings with the outside world!

But it wasn’t Mike Pompeo who filled the streets of Hong Kong with protesters! By the end of 2019, while views of “China” worldwide were split (40% favorable, 41% unfavorable), your country was reportedly far underwater in Asia (outside of China), with 35% seeing it positively, and 56% negatively. A year later, thanks to COVID, you lost South Korea and Australia. The CIA frankly doesn’t have the brains to mastermind your split with India. But a creeping invasion of disputed territory in the Himalayas in the spring of 2020 led to deadly brawls, alienating the world’s other rising power.

Your hit movie this year, The Battle of Changjin Lake, might have made you feel patriotic. But as we will see, it reminded Koreans that Mao’s invasion cost their nation a million lives, cut Korea in two, and left their northern cousins under the rule of a ruthless psychopath.

I once belonged to a group called “Friends of China,” and still count myself one. Take it from an old friend. Your rulers’ breath stinks. That’s why, despite the many wonders and contributions of your civilization, and astounding economic progress, you are now driving the world away.

In fact, as I will show in two upcoming articles, no nation in modern times has been a better friend to you than America (and western Christians). The CCP, less so.