John Rankin, who died on Christmas Day, was a good man and a great spokesman. But he didn't understand what pro-lifers needed to do. 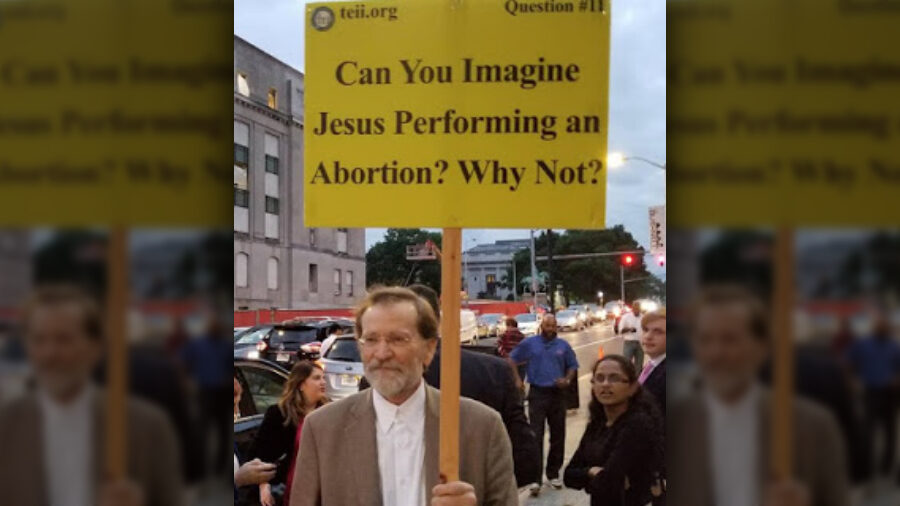 He died on Christmas Day. Besides notices from his own organization and one of my colleagues, and a tweet from Eric Metaxas, almost no one seems to have noticed. You might think from that silence that John Rankin wasn’t a big deal. In some ways, as the world measures it, he wasn’t. In other ways, the most important ways, he was.

The descendent of abolitionists, and an atheist who found God as a young man, John ran a pro-life ministry in Massachusetts in the 80s, after serving there as a pastor for a few years. He started the Theological Education Institute in the mid-80s. He wrote several self-published books, including Changing the Language of the Abortion Debate and a book on his personal encounter with Satan. (You can read his blog here.)

John recently created the Emancipation Party, which was to have its first convention in February. The party aims to cut laws by 99% and taxes by 50%.

I first saw him nearly thirty years ago, on the 700 Club. It was a story about him, a Harvard-educated minister who debated the top abortion advocates on college campuses. The news, the hook, was that he was compassionate toward them. Understanding. The story said this would disarm them and (at least partially) win them over.

That intrigued me. I thought the religious right drove people away, as I wrote in The Stream.

In 1995, I saw him debate abortion with the head of the Unitarian denomination at a West Hartford Unitarian church down the street from where I lived. He was fantastic.

In 2002 or 2003, I saw him testify at the Connecticut state capitol against same-sex marriage. I don’t think the legislators knew what hit them. He was polite, respectful. And he politely, respectfully, handed them their jugular.

This was John’s strength. The Evangelical culture warriors of the 1980s could be a harsh bunch. Many Evangelicals today have, if anything, overcompensated for it. They sometimes give the impression that “winsomeness” is the highest good.

Between those two extremes, John hit the right note. Be respectful of the other, but put the truth front and center.

But his strength was also one of his weaknesses.

The Lecture Hall and the Battlefield

I got to know John after I became the head of FIC. Though I had long been an admirer, our professional relationship was … complicated. John Rankin didn’t have a malicious bone in his body. And, while we differed theologically, his dedication to Christ was off the charts.

“First the Gospel, then politics,” he would say. He would frequently cite to me his decades-old college campus debates as if they had just happened. If only we learned from him, we could wow the other side like he did Patricia Ireland in 1992!

Except the religious right did learn that lesson. As I said, if anything, they over-learned it. They emphasized respecting the other side so much, they sometimes pushed truth out of the center. We also knew the Gospel came first.

And by that time, we knew that argument alone would not win the day. No matter how respectful we were, no matter how well we argued, the pro-choice side was not going to change. Some of them might say “safe, legal, and rare,” but they believed in legal abortion as a truly good thing. We knew the battlefield was not just some big lecture hall.

But to John, it was. His mottos were “the love of hard questions” as well as “first the Gospel, then politics.” No Christian could dispute the latter. But he didn’t seem to see that the Gospel required politics, that the hard, gritty calculations of politics were necessary to living out the Gospel. That and the former motto made him seem an academic who mistook himself for an activist. (My friend David Mills has a somewhat different view of John’s work, in A Warning About Politics the Pro-Life Leadership Did Not Heed.)

In 2014, John blanketed local Christian radio with the claim that a non-profit he had started would elect the entire state legislature. Non-profits aren’t allowed to endorse candidates. The candidates would endorse his group, rather than the other way around. That, he believed, would avoid the ire of the IRS. Last year, he ran for Congress as the candidate of a party he invented. (He didn’t get the 1,900 signatures he needed to get on the ballot.)

John once came to me with a plan to win the abortion issue once and for all at the state Capitol. He would challenge Gov. Malloy and the legislature to a debate on when human life begins. That was it. Forty-something years after Roe, that would somehow solve everything.

It was one of the times I tried to engage him on his approach. “John, it will never work,” I told him. “You have to understand, everything up there is power politics.”

“Ah,” John replied. “But what is the true origin of power?”

That was how those conversations went. I was grasshopper and he was sensei.

When I consider the life of John Rankin, the first thing that comes to mind is unrealistic idealism, a misunderstanding of the activist’s calling. He struck me as someone who was in the wrong line of work and not quite successful at it.

But then I read his firsthand account of the photo for this article and I am reminded why so many people loved him, why I loved him. John was out there witnessing, making connections with people on the other side. He was always doing that. He was putting himself out there, risking insult, abuse, and worst, to do something the pro-life movement needs, but few could do as well as he did.

Success comes in many forms. And the only success that ultimately matters is in hearing the words, “Well done, good and faithful servant.” John understood that. “First the Gospel, then politics.” Rest in peace, John.

Peter Wolfgang is president of Family Institute of Connecticut Action. He lives in Waterbury, Connecticut, with his wife and their seven children. The views expressed on The Stream are solely his own. His last article was Time Claims That Biden and Harris are ‘Forces of Empathy.’ It’s Enough to Make Me Retch.