And all those bad things they accuse Trump and the Republicans of doing? They've been doing them for years. 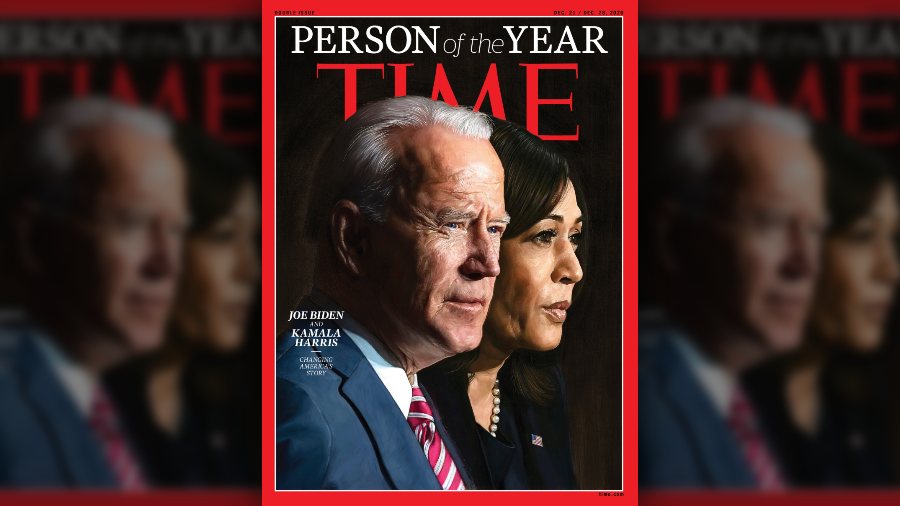 It’s no surprise that a dying institution of old media would name Joe Biden and Kamala Harris its “Person of the Year.” But to claim the two got it “for showing that the forces of empathy are greater than the furies of division, for sharing a vision of healing in a grieving world”? It’s enough to make me retch.

Like other writers here at The Stream, I consider it very likely that the election was stolen. But I think it unlikely that would ever be proven. At best, it will be proven when the proof comes too late to matter.

We are now at the point in the post-election cycle (December 12th) where Al Gore in 2000 finally conceded. Our dear friends on the Left seem to have forgotten that their own man set the precedent the president is following. You don’t get to fret about President Trump supposedly undermining our democracy by pursuing his rights in court when Al Gore did the same thing.

And they’ve forgotten a lot more. Especially about the way Democrats, including Biden and Harris, were the furies of division. “Forces of empathy”? Give me a break.

You Don’t Get to Say That

Democrats: You don’t get to complain about the delegitimizing of an election when President Obama spied on Trump’s 2016 campaign. Or when Hillary Clinton and her party spent four years using the flimsy source for that investigation to claim that Trump was an illegitimate president.

Mr. Biden, you don’t get to act as if it was Trump doing all the demonizing, when one-third of the House Democrats boycotted his inauguration, when the Democrats repeatedly treated him as a Russian agent, when you yourself called him a racist.

As the Wall Street Journal’s editors noted, Mr. Biden, you said we should “put away the harsh rhetoric,” and “Stop treating our opponents as our enemies.” But you said this after “a campaign in which [you] called the incumbent a racist and blamed him for every COVID-19 death.” And even after the campaign, Michelle Obama’s congratulatory message accused Trump voters of supporting “lies, hate, chaos, and division.”

Leftist friends, you don’t get to call yourself “the Resistance” for four years. You don’t get to corrupt major public institutions in pursuit of your fantasy that you are somehow fighting Nazis.

You don’t get to exploit the deep racial wounds in our country. As Gerard Baker explained it in the Wall Street Journal, you don’t get to turn it into “a neat little tableau of the protection-racket ethos that has defined American politics for the last four years: Vote for us so we can dance and celebrate. Vote against us and we’ll burn down your business and steal your property.”

And then tell us that we are the ones subverting democratic norms? No. You don’t get to do that.

You don’t get to lecture us about the necessity of obeying federal laws in the case of the Kentucky clerk that refused to sign same-sex marriage certificates when you applauded sanctuary cities doing the same thing in defiance of federal immigration policies.

You don’t get to have celebrities openly fantasize about assassinating President Trump and then lecture us about showing respect to Joe Biden. You don’t get to shame Jimmy Kimmel into regret over “normalizing” Trump by having him on his show. Or push teenage Olympic athletes into refusing to meet with him. Or attack actor Chris Pratt simply for not attending a Biden rally. Or ask Sarah Huckabee Sanders to leave a restaurant because she works for Trump. You don’t get to do that for four years and think things will be normal now.

And you don’t get to hail then-acting Attorney General Sally Yates as a martyr to justice for resisting an edict from the White House when she was fine with lawlessness in the Obama era: the contraceptive mandate on the nuns, the attempt to control who churches hire as their ministers, the refusal to defend DOMA in Court, the warning in Obergefell’s oral arguments that the administration will one day be targeting the tax-exempt status of churches that resist same-sex marriage.

That is the type of Administration that will likely be in power next month. Only worse.

Does it have to be like this? Is there a path by which Biden’s call for unity could be greeted as sincere by those who have been treated so terribly by his party?

In fact, a path was sketched out by the Journal’s editors a month ago. Note the very first item: “The former Vice President could start by ending government harassment of the Little Sisters of the Poor. … Dropping the attempt to coerce these nuns … would be an important gesture to religious Americans that Mr. Biden is going to lower the temperature in the culture war.”

Instead, we got the nominations of Xavier Becerra and Neera Tanden. So much for lowering the temperature. Biden turned it up.

You Don’t Get to Do That

You don’t get to do that, Leftists. You don’t get to nominate hard, divisive leftists like Becerra and Tanden and then tell us that Biden shows “the forces of empathy are greater than the furies of division.” For four years you have stoked the very division you claim to have overcome. If Trump’s attempt to prove he was the real winner should fail in court, it will be our turn to be the Resistance.

And, as the Dixie Chicks might say, we’re not ready to make nice.