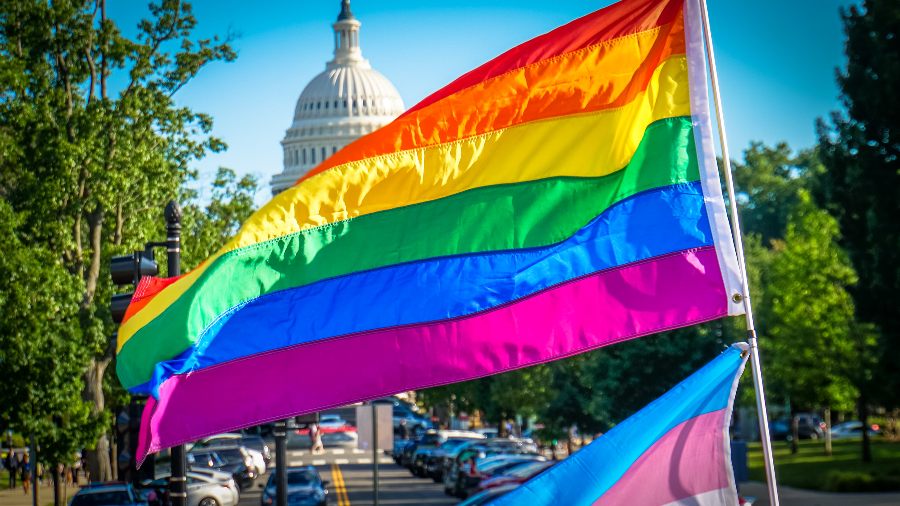 In an op-ed for Christianity Today, Carl H. Esbeck, R. B. Price Professor of Law Emeritus at the University of Missouri, offers a positive assessment of the “Respect for Marriage Act” (RMA). He writes, “All in all, RMA is a modest but good day’s work. It shows that religious liberty champions and LGBT advocates can work together for the common good.”

With due respect to Prof. Esbeck’s legal knowledge, I categorically differ with his assessment.

I have already challenged the Republican senators who voted to advance the bill this week. Here, I want to focus on Prof. Esbeck’s reasoning.

He writes, “Some conservatives will undoubtedly treat the act as a loss. But others will take the view that, in a morally pluralistic society, a few concessions yield a win for the common good. I’m one of them.”

Specifically, he notes that under the final version of the bill, “religious nonprofits and their personnel have a statutory right to decline any involvement with a marriage solemnization or celebration—including a same-sex one. This federal right would preempt any state or local law to the contrary. It means clergy can refuse to officiate a gay wedding. A church can decline to be the venue for these unions. A Christian college can deny use of its chapel for the same reason, and a Christian summer camp can refuse use of its lake and nearby pavilion, as well.”

Are We Supposed to Celebrate the Bill’s Supposed Neutrality on Christian Wedding Vendors?

But he acknowledges that the bill “doesn’t address ongoing litigation over for-profit Christian wedding vendors—photographers, bakers, florists, dressmakers, and others. However, RMA doesn’t harm wedding vendors. It’s simply silent and leaves the matter for resolution in the courts” (his emphasis).

And for this reason he, as a Christian conservative, thinks the bill is a good idea? The fact that it doesn’t do further harm to individuals who, in conscience, cannot affirm same-sex “marriage” is a positive?

Do we affirm a wrong thing as right because it’s unlikely that society will reverse the wrong? What kind of reasoning is this?

To paraphrase, “Hey, you’re already in a heap of trouble, but this bill doesn’t pile any more rubble on you!”

The national climate is already hostile to such individuals, who at best, end up spending years in costly legal battles where the charges against them are finally dismissed. At worst, they lose their businesses, their reputations get soiled, and they are even found guilty by the courts.

Yet this bill doesn’t explicitly protect them. Why not? And why would any Christian conservative say, “Well, that works for me!”

People of Faith Say They’ll Suffer Under This Bill

As for the idea that this would not further harm such people, that, too, is questionable. After all, it is not just the Supreme Court that affirmed same-sex unions but Congress itself, with the signature of the president.

A November 15 article in The Daily Signal quotes a wide range of religious leaders, all of whom raised serious concerns about the bill.

“Stephen Minnis, president of the Catholic Benedictine College in Atchison, Kansas, warned The Daily Signal that ‘Catholic institutions will have a tough time living our faith under this legislation.’”

Baptist pastor Richard Callahan described the bill as “an assault,” and Roger Severino of The Heritage Foundation warned that, “All this bill does is target people of faith who don’t support woke ideology.”

Similarly, Rabbi Yaakov Menken, the founder of Project Genesis and the managing director of the Coalition for Jewish Values, said, “Here you have a piece of legislation that exposes every traditional Jewish practitioner of anything to potential litigation.”

And Prof. Esbeck, writing for Christianity Today, finds this acceptable?

Why is Codifying Obergefell Considered Acceptable?

As for the redefining of marriage, Esbeck writes, “Now that RMA has the legislative backing of Congress, no Supreme Court reversal of Obergefell would dislodge the validity of a same-sex marriage or the government benefits, tax breaks, and other gains that go with it. But in my view, it’s very unlikely, anyway, that Obergefell will ever get overturned.”

Do we affirm a wrong thing as right because it’s unlikely that society will reverse the wrong? What kind of reasoning is this?

There was a time when it looked like slavery would not be abolished. Should we, therefore, have codified it more deeply in our laws?

The same could be said for overturning Roe v. Wade.

For many years, especially after the Casey decision in 1992, it looked as if Roe would never be overturned. Should we, as Christian conservatives, have thrown in the towel and said, “If Congress wants to codify this and make it impossible for the Supreme Court to clean up the mess it made, no problem! After all, it’s very unlikely that Roe will ever get overturned.”

I ask again: what kind of reasoning is this, especially for a Christian?

We Cannot Affirm as Right What God Does Not Affirm

Prof. Esbeck concludes his op-ed stating, “All in all, RMA is a modest but good day’s work. It shows that religious liberty champions and LGBT advocates can work together for the common good. It says to the original House bill, ‘If a bill is about us, it has to be with us.’ And it shows that Congress can still legislate, not just be a gaggle of egos who go to Washington to perform but never fix.”

What this bill actually shows is that religious liberty champions must sell their souls and compromise their ethics in order to work out an acceptable deal with LGBT advocates. This is anything other than a “modest but good day’s work.”

How telling that Christianity Today, once the flagship evangelical publication, chose to publish an op-ed offering support for a bill that would enshrine homosexual unions into our national laws.

To the core of my being, I am committed to loving my LGBTQ+ neighbors and protecting them against discrimination, hostility, and attack.

But in conscience before God, I cannot affirm as right what God does not affirm. Neither Congress nor Christianity Today will change that for me (and, I trust, for many of you reading my words).