These 12 Republicans Just Voted for Radical ‘Respect for Marriage Act’ 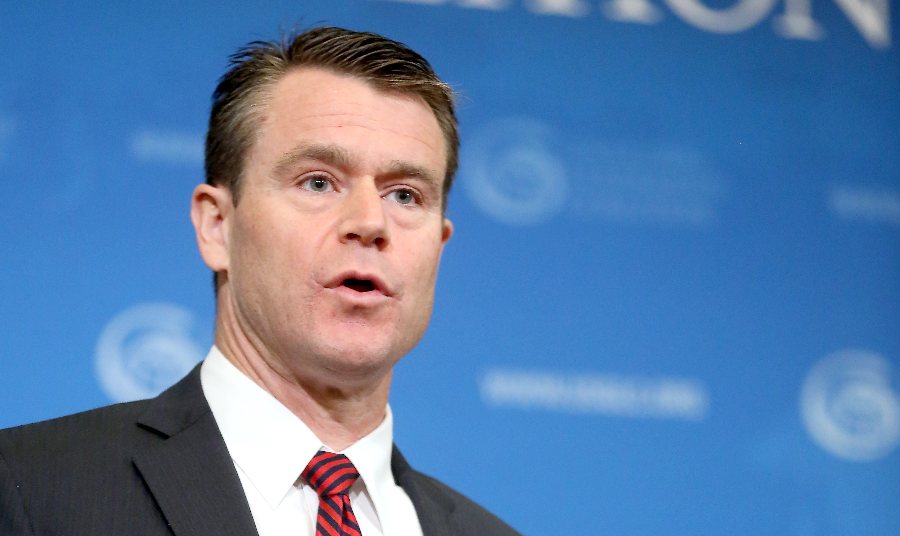 Sen. Todd Young of Indiana voted for the so-called Respect for Marriage Act.

HR 8404, which passed the House of Representatives in July, “provides statutory authority for same-sex and interracial marriages,” repealing provisions that define marriage as between a man and a woman.

The legislation also “repeals and replaces provisions that do not require states to recognize same-sex marriages from other states with provisions that prohibit the denial of full faith and credit or any right or claim relating to out-of-state marriages on the basis of sex, race, ethnicity, or national origin,” allows “the Department of Justice to bring a civil action,” and “establishes a private right of action for violations.”

“Make no mistake,” Alliance Defending Freedom President Kristen Waggoner warned, “this bill will be used by officials and activists to punish and ruin those who do not share the government’s view on marriage.”

Most of these lawmakers did not respond to requests for comment from The Daily Signal.

Ernst said Wednesday evening that “after hearing directly from Iowans, and closely reviewing the amended language,” she believes “this bill protects religious freedoms and will simply maintain the status quo in Iowa.”

Collins, who co-introduced an amendment to the legislation aimed at protecting religious liberty, supplied The Daily Signal with statements from religious organizations, businesses, and constitutional scholars in support of the legislation.

“This vote was unnecessary,” Sullivan said in a statement that noted Obergefell v. Hodges made same-sex marriage “the law of the land in each state” while maintaining that he has long believed “marriage should be an issue left up to the states.”

“However, given that the Majority Leader insisted on bringing this vote to the floor, I listened to Alaskans and used the opportunity to work relentlessly to include in the bill considerable advances in much stronger religious liberty protections for millions of Americans that previously were not in federal law and were not in the Obergefell decision,” he added.

My statement on the Respect for Marriage Act: pic.twitter.com/jaVL1k0wE5

But Republican lawmakers and religious leaders and commentators pushed back against such rhetoric.

“I voted against the motion to proceed to the ‘Respect for Marriage Act’ because the religious liberty protections were severely anemic and largely illusory,” Republican Utah Sen. Mike Lee said in a statement. “While I respect the efforts and emotions surrounding this issue, the bill does not simply codify Obergefell as its proponents claim.”

“And despite the proposed amendment from Senators Collins and Baldwin, the religious-liberty protections are woefully insufficient,” he added. “Religious Americans will be subject to potentially ruinous litigation, while the tax-exempt status of certain charitable organizations, educational institutions, and non-profits will be threatened. My amendment would have shored up these vulnerabilities. It is a shame it wasn’t included.”

“Conservatives are deeply disappointed by the betrayal of Senate Republicans to protect Americans’ religious freedom and won’t soon forget the votes of the 12 Republican senators who cast aside an essential right in a bill that will weaponize the federal government against believers of nearly every major religion,” Roberts said.

Catholic Vote President Brian Burch described the vote as “politically motivated” in its timing, warning that it offers the senate “zero benefits, but plenty of harm” and “viciously attacks religious freedom.”

“The Act violates the First Amendment rights of Americans everywhere, but most directly those who live out their beliefs in the public square where their contributions to society are irreplaceable,” he said. “This includes those who are explicitly motivated by their faith to advance their community’s wellbeing—like churches and charities—but likewise individuals whose faith informs the everyday work they do—like web designers, wedding cake bakers, and others.”

“The legislation does contain some language protecting faith-based nonprofits, but those protections have been deemed ‘anemic’ by many respected legal analysts,” New said. “Catholic colleges whose policies reflect Catholic teachings on marriage and family might be subject to lawsuits.”

“Suppose a Catholic college refused to allow a same-sex married couple to live in college owned graduate student housing for families, they might be subject to all kinds of litigation,” he suggested. “Such a college might lose its nonprofit status. Their students might lose eligibility for federal financial aid and their faculty might lose eligibility from research grants from government agencies. This would put Catholic colleges and universities at a real disadvantage when compared to their secular counterparts.”