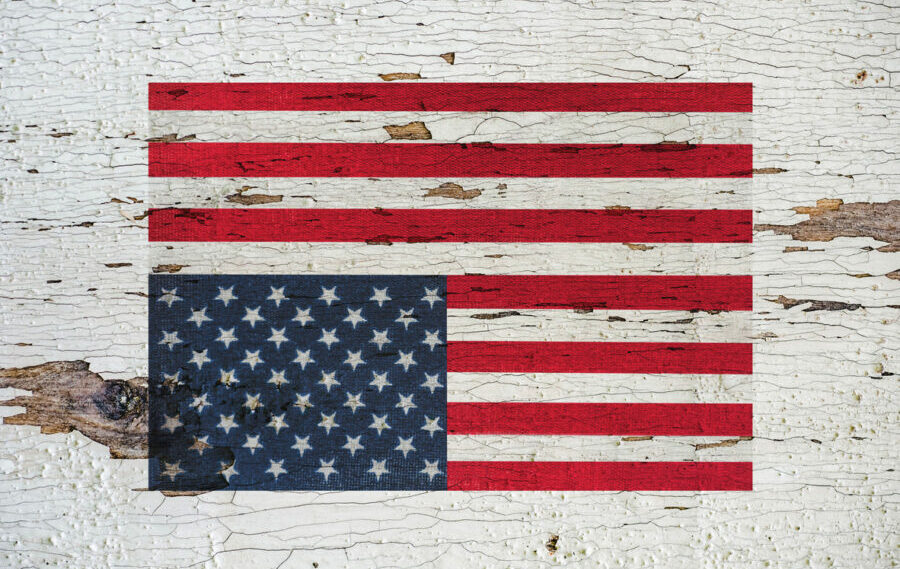 We all need to get used to the idea. Our federal government is no longer both democratic and legitimate.

It holds real power — all too real. And its partners in crime, the oligarchs of Big Tech, Big Media, and Woke Capital hold even more. They can ban us, fire us, refuse us their services, even put us on no-fly lists, all without legal appeal. Bloated public monopolies favored by the government aren’t technically part of the government. So they’re not even nominally subject to the Bill of Rights.

A white male “homophobe” (faithful Christian) or “Islamophobe” (honest critic of jihad) doesn’t get the same protections as “trans” sexual fetishists. The fig leaf of “private enterprise” covers these oligarchs’ mistreatment of the defeated and despised half of the country. The government must at least pretend not to trash all our rights. For now.

Not a Republic, but a Hive

In the wake of 2020, the federal government is not really democratic. In key states with Democratic or corrupted Republican leadership, our votes don’t really count. The Hive has shown us that even electing a president doesn’t alter the Deep State’s course. (At least until we elect a president really committed to pulverizing that Deep State at any cost, as Trump never tried to do.) Our permanent governing class will simply engulf someone like Trump, experience some indigestion, then pass him like a waste product — no worse for wear.

That’s where things stand at the moment. We can improve the situation. We can rectify this gross imbalance of power. But only if we doggedly organize and fight the Power that now rules over us. We must fight them in the App stores, fight them with our spending power and our personal choices, fight in the shopping mall and the home school, at the gun range and in the Church. We must never surrender.

We’re Occupied by a Brahmin Caste That Hates Us

Make no mistake, we are under siege. The Hive is acting like a conquering tribe. One determined to humiliate, purge, and crush the half of the country it hates. One of my favorite commentators is brilliant Latino paleo-conservative Pedro Gonzales. In his latest essay, he lays out just how systematic and vicious The Hive has shown itself, during just the past few days:

As thousands of troops descend on Washington, DC, ahead of Joe Biden’s inauguration, it is evident that the recent riot at the Capitol Building is not consequential because it posed a serious threat to the United States. By comparison, Black Lives Matter riots injured and killed more people and caused $1 billion to $2 billion of paid insurance claims—the most in American history. Instead, the events of January 6 are consequential because they provided a pretext for unprecedented repression of political dissent.

The day after the riot, email provider Campaign Monitor suspended the Trump campaign’s services while PayPal and Shopify froze transactions for Trump-related accounts. Twitter permanently suspended Trump on January 8. His supporters, in turn, jumped from Twitter to Parler—but Apple and Google swiftly struck Parler from their app stores, under the pretense that the company insufficiently moderates content. Amazon followed suit, announcing it would boot Parler off its web-hosting services.

By Sunday, January 10, the CEO of Parler told reporters that the attorneys representing the company had dropped them as a client. Facebook, Salesforce, Discord, Reddit, Snapchat, Tik Tok, YouTube, Instagram, Pinterest, the online payment processor Stripe, and others subsequently deplatformed Trump fundraising and communication apparatuses and set upon pro-Trump content and groups.

Tech companies weren’t the only ones with knives out.

Deutsche Bank AG and Signature Bank, two long-time lenders to the Trump family, announced they would sever ties with the president. The former canceled further business with Trump, while the latter is closing two of his personal accounts holding $5.3 million.

American Express, AT&T, Comcast, Morgan Stanley, Marriott International, Commerce Bancshares, Dow Inc., MasterCard, Hallmark, and others announced they would cease donations to lawmakers who objected to the certification of the Electoral College vote. Considering that 75 percent of Republicans do not think that Biden won the election legitimately, these institutions are forcing the GOP to choose between them and their constituents.

Many of the same organizations behind the ongoing crackdown supported left-wing groups as they rioted all through 2020.

This isn’t a game. It’s a gunfight, and one we’ve been trying to win wielding rubber chickens.

Next we must proactively (if metaphorically) string up the Judases in our midst. Any “conservative” or Republican who opposed fighting vote fraud? Who pretends that the Reichstag riot on January 6 was some monstrous profanation? Who supports Trump’s impeachment? (See National Review.)

They are our political enemies now and forever. Don’t read their magazines, share their posts, or in any way aid their Potemkin organizations. NeverTrump scold Rod Dreher is still promoting a book he wrote about the persecution of Christians. But this is how he reacted to Biden’s squalid, militarized inauguration:

That was nice. I didn’t vote for the guy, and I’m sure I will find a thousand things for which to oppose him. But I am grateful for a president who speaks like, and comes across as, a normal human being. It’s been a while.

That’s not someone serious about resisting persecution. It’s how a man talks when he’s auditioning with The Hive to serve as a Kapo in its re-education camps.

Lose such people’s phone numbers, and spam filter their emails. If they show up on Fox News, stop watching it and switch to Newsmax, One America News, or Real America’s Voice. Or just turn off the TV and go read The Epoch Times. If there’s one thing worse than Amazon funding the wolf packs of Antifa, it’s wolves in sheep’s clothing pouncing on our own, and preening about how morally superior they are.

Support Those Who Supported You

Subscribe to the newsletters of writers like Gonzalez, who actually stand on our side. Start reading magazines like Chronicles, and The Claremont Review, and American Greatness. Follow conservative scholars like Paul Gottfried, Angelo Codevilla, and Robert Reilly. Support only authors who showed support for us, such as the courageous Eric Metaxas. What if you hear of a company subject to abuse by The Hive, like MyPillow? Go out of your way to buy its products, and boycott the bigots who ban it, such as Bed, Bath and Beyond and Kohl’s. Try not to buy from Amazon, or slave-owning China.

There is much more we need to do. I will write about in detail in days to come. But for now, commit yourself prayerfully and doggedly to stand against the power of Caesar, Mammon, and Sodom. God will grant us new chances to smash Leviathan’s feet of clay. But we must be clear-headed and ready.

Back to the Catacombs, But Ready to Fight

None of the above renders the U.S. regime now illegitimate. St. Paul didn’t deny legitimacy to the Caesars, though they made a joke of the “Republic” and gained power via palace coups. Christians trapped in Islamic regimes for centuries didn’t pretend that the local emir or sultan wasn’t the real ruler. Christians would have to obey his laws, except when they were so outrageously unjust that it was worth risking death to resist them.

Make no mistake, we are under siege. The Hive is acting like a conquering tribe. One determined to humiliate, purge, and crush the half of the country it hates.

Such is our situation now, and for the foreseeable future. Until and unless we can organize and depose our new, undemocratic masters. One hopes by purely peaceful votes, which will be honestly counted by public-spirited officials. But that may be too much to hope for, as 2020 taught us.

We should see violence as completely off the table: our situation today is far from meeting the criteria for Just War, which includes civil war. The Just War tradition rules out quixotic actions doomed to failure, and actions which seem likely to cause more harm than good.

But that doesn’t mean we have any excuse to help the occupiers, serve in their army, wave their new 52-star flag, or pretend that they aren’t our enemies. We owe them our prayers for their repentance. And nothing more.