NeverTrump Rod Dreher and His Demons 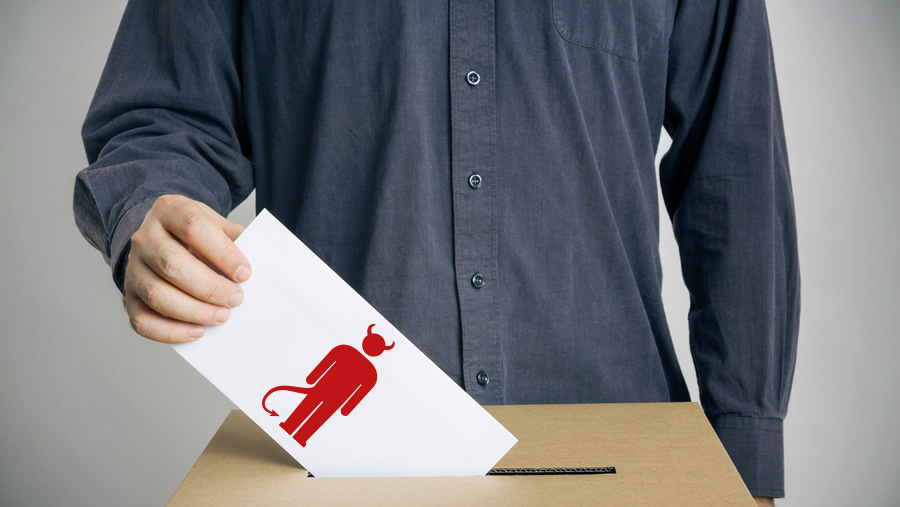 “I fall upon the thorns of life! I bleed!”
—Percy Bysshe Shelley, “Ode to the West Wind”

I used to get bullied in school. Not as much as I deserved, of course. But enough to prove quite useful. Enough incidents happened to give me some war stories, ones I can trot out in conversation with fellow former “bookworms,” “Poindexters,” and “teachers’ pets.” You know, when we trade recollections of being … poor suffering, sensitive souls surrounded by anti-intellectual … brutes.

Then light-heartedly snigger at how much better we did later in life than the “sweathogs,” “burnouts” and “dumb jocks” we used to scoff at. And show up in class. And condescend to. Or patronize. Whose grammar we would patiently and persistently correct. Whose rough bravado we’d cut down with puns that went over their heads, but made the smart girls giggle. Whose future prospects we’d mock, promising them lifelong employment serving fries in McDonalds.

Then we’d act all shocked and surprised when the gym teacher announced, “It’s time for Dodgeball!” and all those sets of resentful eyes turned on us. And lit up with pure, male animal joy at the prospect of school-sponsored payback.

I joke that my childhood was that of a young Niles Crane (from Frasier) trapped on the set of That 70s Show. And the nerds who made good by founding things like Apple, Facebook, and Google have taught us all to understand that. To see things from the viewpoint of young Niles, or young Sheldon from Big Bang Theory.

But consider how infuriating young Niles must have been to the kids around him. How superior and smug. But because his aggression was verbal, not physical, he was always “in the right” when things got ugly. The teachers, excited to have a possible prodigy, took up for him. His parents (at least his mom) were likely proud of him. He was certainly proud of himself.

I still bear traces, of course. Little remnants of my old, sneering self that linger. I couldn’t help beaming with pride a little bit when on Twitter I could ask some poor fellow American: “Who’s … Tom Brady?” His flustered reaction was priceless. Brought me back to the good old days, when I’d sniff at the kids playing stick ball or grooving to Zeppelin on boom boxes in the park. I was going home to watch … public television! An educational program, I made sure that they knew.

I don’t know if I was ever as comprehensively insufferable as Rod Dreher seems to be. (At least since 1988, when I got to know him. For all his autobiographies documenting profound conversion experiences, he hasn’t changed a bit.) I like to think that I was competitive. I pulled my weight for Team Snob.

But I now must doff my propeller beanie to Dreher. In fact, I slink off the field, bronze medal trailing behind me. Nothing I’ve ever written, or said, or done, comes anywhere close to his recent achievement. I feel like Paul Winfield, nominated for Best Actor for the sweet dog movie Sounder, watching Marlon Brando beat me out for The Godfather. Then send some Indian squaw up there to take the statue, because of course Marlon’s too good even to bother showing up.

I don’t know if I was ever as comprehensively insufferable as Rod Dreher has apparently always been. (At least since 1988, when I got to know him. For all his autobiographies documenting profound conversion experiences, he hasn’t changed a bit.) I like to think that I was competitive. I pulled my weight for Team Snob.

Should I tell you to read the elephantine blog post Dreher issued which so eclipsed me? Which drowns out the shrillest David French columns ever scribbled in tiny italics on lavender onion skin paper? Which makes Michael Gerson’s most self-serving and Pharisaical jeremiads seem by comparison like C.S. Lewis’ sweet reason?

Part of me thinks it uncharitable even to call attention to this … piece of writing. It feels like mocking the drunkenness of Noah, or laughing as a Special Olympics contestant falls face down in the dust. People warned me, beforehand, “Now make sure you don’t come off as … mean-spirited.”

The Secret Weapon of the “Superior”

I will let you in on a secret, as a longtime (I hope recovering) Insufferable: This is one of our weapons. We can get away with sneering at, insulting, or mocking those we look down on, as long as our tactics lure them into coming off as the bullies. And somehow, anyone who makes a spirited attack on one of the precious NeverTrump Christians, who treats them as adult professional writers who are fair game for rough verbal contests, must face a chorus of tut-tuts. As if he’d beaten up a girl. That happened to me when I defended my good friend Eric Metaxas, here in the little old Stream, from a nasty attack David French published in TIME, accusing Eric and others of betraying their Christian principles out of cowardice. Men I’d never heard of started popping up out of nowhere to tell me I’d “violated the rules of civility.”

Which of course, I never signed onto, so I blew those people off. (I may have, uncivilly, told them to go ahead and blackball me at their sororities.) And now I flout them again. Let me warn the sensitive reader in advance: this piece will be insensitive. It will take the raw, personal memories that Rod Dreher deployed in order to make a manipulative political point, and it will rub them down with pretzel salt, and enjoy it with a cold Mexican Coke. If you’re not in the mood for that, please click somewhere else. You have been warned.

There is no tactful way to say this, so I’ll just blurt it out. Rod Dreher joined the chorus of those condemning the president as a nasty xenophobe. A demagogue who unleashes all the worst parts of our nature. Who threatens the civil peace in America, and whom Christians should rightly condemn. He did this with a sloppy reading of Trump’s “Go home to your countries” Tweet, and a hysterical response to the goofy crowd that chanted “Send them back!”

On this thin reed, Dreher hung the charge that Trump is literally “summoning demons.” That he’s whipping up a poisonous mob mentality akin to old-time Southern lynch mobs. And Nazi Germany. And Maoist China. That Trump is making America a dangerous place for “dissenters.”

To justify all this, Dreher takes us back to his experience of getting bullied in high school. A bunch of boys tried to pull his pants down. And Dreher takes this unpleasant incident as proof that he has special empathy … with victims of sex abuse. Kids who got raped in the confessional, or passed around for years by bishops like Ted McCarrick.

That’s right. I’m not exaggerating. I couldn’t make this stuff up. Then he ties (somehow) the “mob” supporting Trump to the mob of boys who embarrassed him, to the Catholics who overlooked the actual rape of children to … his own father, who traumatized Dreher deeply as a married man with kids in his mid-30s by failing to recognize how fabulous Rod was. (My blue-collar dad shared this tragic moral failing. Somehow I soldiered on.) And all of this circles back to a warning against the spirit of mobs, and bullies, and all those deplorable, Neanderthal supporters of Donald Trump.

It’s quite a performance. I’ll confess I couldn’t finish reading it. Cringing gives me a headache. Throughout this slow-motion trainwreck of a blog post, Dreher manages to pants himself, over and over, then in a whiny, reproachful voice demand that we help “clothe the naked.” Are you one of the mob, who assail me like Jesus on the road up to Calvary?

But in fact the targets of humiliation aren’t Rod at all. They’re his schoolmates, his own father, and his fellow countrymen. At least those outraged at the march of hateful, foreign ideas (like sharia, and socialism, and Jew-hatred) into our country across its broken borders. And if you don’t see things the way Rod does, through his moist, empathetic eyes? Then you too might be subject … to demons.

I can’t top this. I can’t even hope to match it. So I hang up my Crane family spurs. I would rather be in the cheap seats with the unwashed “mob” whom Rod is sneering at. I’d rather be that deplorable than this insufferable.