Turning ‘Christian Nationalism’ Into a Slur 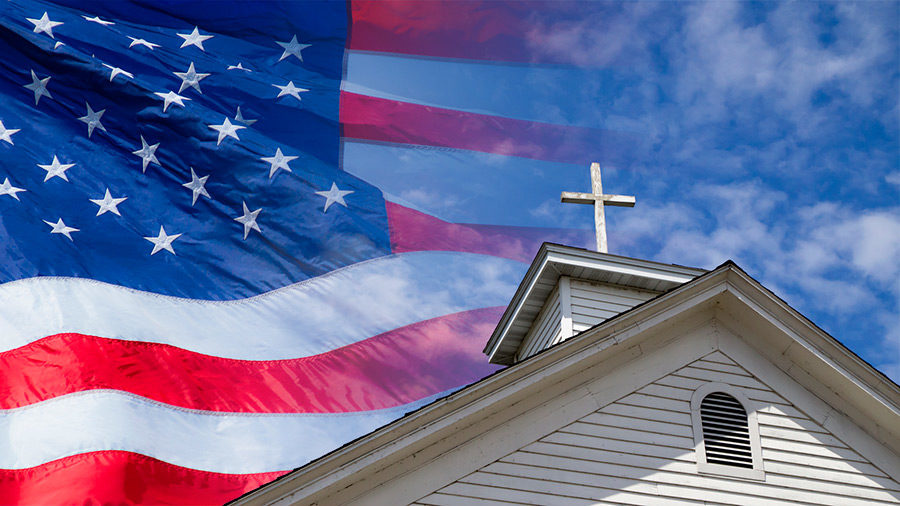 Will America’s elites, with the help of timid, bribed, or servile Republican politicians and Christian leaders, push through this deeply dubious election of Joe Biden and Kamala Harris? By the time our Congress meets to certify that or question it, we’ll know one more crucial fact. We’ll know about Georgia. (Assuming they manage to get the ballots counted.)

Will elections conducted in Georgia by the same Governor and Secretary of State who refused any sane ballot security hand the Senate over to the Democratic party? Will we see the same farrago of mailed-in votes whose signatures might not match? We might never know. The Republicans running Georgia for some reason refuse to check. Will we have fake water leakages? And poll workers who blow the whistle, then get fired? Will voting machines be connected to the Internet and “corrected” overseas?

The Democrats Have Promised to Crush Us

However it happens, if the Democrats claim the Senate we know what they will do. Because they have warned us. They will tear up the norms by which our country has been governed for more than a century. They’ll wipe out the Senate filibuster, leaving the minority party helpless. They will introduce new, frivolous states to the Union, like Washington, D.C.

They will amnesty millions of illegal aliens, and keep the supply of new ones flooding in by weakening our borders. Then they’ll enroll those newly minted Democrats as voters. Total newcomers, whose very residence in America they looted like a flatscreen during a riot, will now get free health care and other welfare benefits. It will come at the expense of honest citizens of every race. The cheap labor lobby and the cheap vote party will throw a bipartisan hootenanny together. The immigrants will humbly bring them canapes on little silver trays.

Worst of all, the most powerful Democrats in Congress have promised to bloat the Supreme Court with new, politicized appointees. They couldn’t convincingly smear Brett Kavanaugh as a rapist. Nor reject Amy Coney Barrett as a Catholic. Or even keep Ruth Bader Ginsburg alive by offering (as some suggested) to surrender months of their lives to add a few days to hers. I guess whatever gods the Democrats worship don’t have that kind of pull.

To avenge those failures, the Democrats will expand the size of the court to whatever size they like. Ten, fourteen, maybe twenty new justices will saunter onto the Court. And they will shred key elements in the American Bill of Rights. A grim, bitter part of me hopes the Democrats are candid enough to appoint not just non-scholars but non-lawyers. Why even pretend that the Constitution matters anymore? Let fake lynching victim Tawana Brawley, real porn star Ron Jeremy, abortionist Kermit Gosnell, and Islamist Ilhan Omar join the court. That would underline the fact that it’s no longer a court at all. It’s a kind of Politburo, an unelected legislature whose decisions cannot be challenged.

Such justices will fulfill Hillary Clinton’s campaign promise of overturning Citizens United. That’s the decision which correctly tossed out suffocating “campaign finance laws” that forbade political speech by outsiders, pro-lifers, and small business groups. So the First Amendment will exist to protect lurid pornography, which our Founders clearly rejected. But not free political speech or religious conduct — the two goods they cherished most. Social media monopolies and global media companies will wield even more power over us. We’ll barely be free even to whine about it.

Faithful Christian churches that reject abortion, same-sex marriage, and transgender madness? They will likely lose their tax exemptions, as rejection of sexual perversions gets equated with (you guessed it!) … racism. Already, the “secularist” faction of the Democrat party is equating orthodox Christians with white supremacists. And demanding that we be carefully monitored as potential sources of “terrorism.” NBC is following the Southern Poverty Law Center in smearing our ministries as “hate groups” that shouldn’t get neutral benefits like PPP loans. Black churches will suffer too, though only after a decent interval. The most hateful, misogynist mosques will remain, of course, exempt.

We Will Take Your Guns

These new, mass-produced SCOTUS justices will also overturn the Heller decision. It accurately asserts that Second Amendment rights belong to us as individuals. And not merely as members of “well-ordered militias,” which Democrats read as meaning merely “the National Guard.” That will free up an all-Democrat Congress to leave citizens in Texas and South Dakota just as helpless as those in Oregon and Maryland in the face of crime and political mobs.

We will see in effect the end of the U.S. Constitution. Shamelessly politicized judges and a one-party Congress will impose their will on the nation. On a nation demoralized and defeated by an electoral fraud conspiracy. A nation lied to by its own intelligence community, which affirmed the Russia Collusion hoax and denied the Biden Crime family’s corruption. A nation infantilized by blatantly partisan media and silenced by social media giants, whose ex-employees are already filling key Biden policy slots.

The Anarcho-Tyrannical States of America

The Democrat party unleashed violent mobs on our cities last spring. It stood down local police except to arrest citizens like Mark and Patricia McCloskey. Now it will impose the gun policies of Manhattan on every square inch of the country. Anarcho-Tyranny will go from a dark, secret dream of our leftist elites, and enter the textbooks as America’s official system of government.

But to a certain type of bourgeois, comfortable Christian none of this matters. If you care about what happens to the country where you and your kids and grandkids will live? Then you’re abandoning citizenship in heaven. If you’re loyal to a politician like Trump who tried to protect you? You’re committing “idolatry.” (Notice that none of these Christians apply such fine-grained, unworldly standards to George Floyd rioters, or angry sharia Muslims.)

If you aren’t content to be subjugated to third-class citizenship in an anti-Christian, viciously race-baiting country where new Islamist immigrants strut around demanding sharia? Then you’re a dangerous “Christian Nationalist.”

If you aren’t content to be subjugated to third-class citizenship in an anti-Christian, viciously race-baiting country where new Islamist immigrants strut around demanding sharia? Then you’re a dangerous “Christian Nationalist.”

Are you unwilling to pervert Christianity into a philosophy of craven surrender, a renunciation of basic rights no one would demand of any other group? Then expect to have that epithet hurled at you. Our new elites demand of us the same servility white racists demanded of black Americans under Jim Crow. And a certain kind of Christian is happy to comply. He’ll pretend that some groups of people have the right to practice moderate, defensive nationalism (a perfectly respectable God-given impulse, as Yoram Hazony shows). But not us. We’re somehow unworthy.

Not Justice, But Vicious Revenge

At the heart of the post-Christian Woke cult’s theology is a plan to demoralize, demonize, then oppress our nation’s historic majority groups. While the pretext for doing these things will always be “justice,” in fact it’s frankly revenge. Rich, mostly white, leftists will wield angry mobs of “Woke” leftists. Those will recruit urban poor folk long trapped in poverty by socialism, welfare, and the crippling results of the Sexual Revolution. The elites will aim these mobs at those of us who dare to cling to our old loyalties and way of life.

And a certain kind of Christian is eager to dodge such bullets and cling to respectability in the eyes of our pagan elites. This coterie will actively help to oppress the rest of us. They will write anguished op-eds, condemning any resistance, denouncing us as “worldly.” They’ll demand that we renounce our imaginary “privilege,” while they rip out little proof-texts from the Bible to pin to their Pharisaical cloaks. They’ll also take time to laugh at us, for being so naïve as to think we had any hope in the first place. Here’s Rod Dreher doing that, admitting that he spent six hours sneering at the Christians and conservatives in the Jericho March. I wonder if he has spent six minutes deigning to examine the evidence of 2020 vote fraud. Doing that, of course, wouldn’t earn him little head-pats from Jake Tapper of CNN.

When such people have the gall to step forward and offer to lead us through the persecution they helped ensure by telling us not to fight, at the very least we can laugh at them. And paraphrase Alexander Solzhenitsyn (who didn’t sneer at people who chose to resist the Bolsheviks) when we tell them, “Live not by LARPing.”