‘Hate Groups’ and ‘Hate Speech’ Are a Hoax 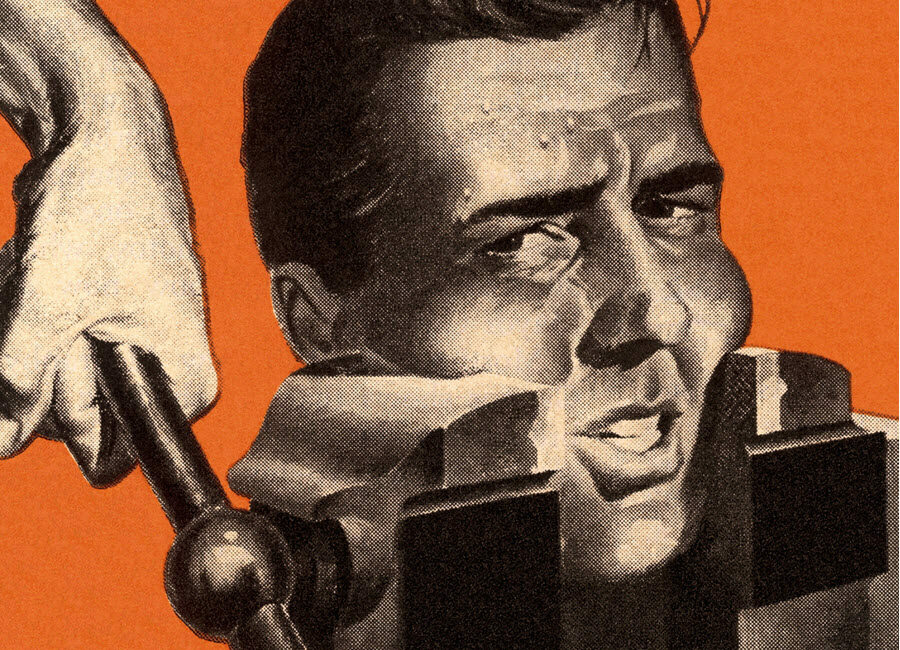 It’s getting really tiresome to keep swatting down the efforts of elites to persecute Christianity, dismantle traditional America, discourage us from having children, replace our population with foreigners, and seduce what kids we do have to beliefs that would make them our enemies and damn them to hell.

Know what I mean? At a certain point, you get weary. We’ve spent 50 years playing Whack-A-Mole against these efforts at cultural genocide and Stalinist groupthink. Does it ever stop?

The answer, of course, is no. As the St. Michael Prayer teaches Catholics, we face “evil spirits who wander the world seeking the ruin of souls.” As all our ancestors have since Adam and Eve. So in one sense it’s nothing new.

You’re Not Paranoid. They Are Out to Get Us.

What is new is that virtually every institution in our country, including large swaths of our churches, is now on the other side, their 30 pieces of silver jingling in their pockets. No longer is it just the ACLU and Planned Parenthood. We now face as enemies the FBI, our local newspapers, virtually every television network, most social media platforms, our credit card companies, the local public school, the Girl Scouts, and the Jesuits. It seems like every mutually incompatible conspiracy theory in America has joined together as one. 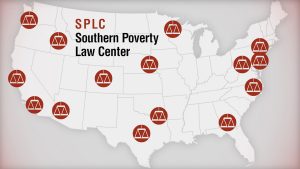 Just this morning I read that our vile pope, Francis, was joining with the Rothschild family and the World Economic Forum to promote the Great Reset. That’s a global plot to eliminate private property and freedom, using this damn Chinese virus as a pretext. Just typing those words makes me feel like a crazy person. But here we are.

Cut to the Root of the Evil

Instead of batting down every attack on its own, we must cut to the root of evil. Hack it down at the base, instead of the branches. To that end, I propose that we agree on one thing, in our current context. For any political or legal purpose, assume the concepts of “hate groups” and “hate speech” are a hoax. And we should label them as such. We should oppose any effort by the government or powerful private companies to censor, shut down, or destructively stigmatize members of any group whatsoever. The only exception? If their intentions or activities are in violation of a law. Not just any law though, but one that’s actually just.

Yes, there are some groups that you and I might privately agree deserve to be shunned or even censored. But guess what? Those with the power to shun, silence, censor, and squash such groups don’t agree with us. They would spread the net that captured the Klan, or neo-Nazis, or Holocaust revisionist cranks much, much further. They’d include ex-gays, ex-trans, ex-abortionists, opponents of same sex marriage, homeschooling advocates, gun rights groups, pro-lifers in general, and the Little Sisters of the Poor in particular.

The left has cannily recognized that it can weaponize America’s legitimate shame over the real mistreatment of black people in decades past. Then use it to smear as Klan-like … any group at all that opposes it on any issue. And many people will listen, out of cluelessness, or cowardice, or genuine zealotry goaded by the new false religion of Wokeness.

See the latest example, courtesy of the intrepid reporters at NBC News, which didn’t think we deserved to know about Hunter Biden’s laptop.

Fourteen organizations designated as hate groups by the Southern Poverty Law Center or the Anti-Defamation League have received funding from the Paycheck Protection Program totaling $4.3 million, according to data released last week by the Small Business Administration, revealing who benefited from the pandemic federal relief funds.

Have you got that? Are you alarmed yet? Did NBC push the right buttons and pull the right strings to get you outraged? Maybe not yet, so of course the writer leads with the one actually offensive group.

Those organizations include the New Century Foundation, known for publishing the white supremacist website and now-discontinued magazine American Renaissance. That group is run by prominent white supremacist Jared Taylor, who for decades has argued that immigration policy should aim to “keep the country white.” The New Century Foundation received $51,600 in relief funds.

Okay, now you’re on board I’m sure. The writer found a group that’s genuinely racist by any real definition. Not just by the broad, sweeping, insane definition that tars every white person, black Republican, and Latino Trump supporter as racist. (Like how punctuality, professionalism, and good manners are part of “white privilege”.) No, Jared Taylor is a white nationalist. He claims to advocate for white interests in the way that thousands of groups advocate for black, Latino, Asian, or other ethnic clan’s interests. And he’s unsavory — a fan of eugenics, for instance. But he’s one guy, with a few thousand fans in the U.S. at most. Hardly a threat. So NBC widens the net to include … folks like you and me.

The analysis by NBC News, one of 11 newsrooms that sued for the release of data, was based on hate groups designated by the Southern Poverty Law Center or the Anti-Defamation League, that received PPP money and primarily focus on advocating against immigrants and opposing the advancement of homosexual and transgender rights. NBC News crosschecked the PPP data against 73 different designated hate groups whose work and advocacy focuses on attacking, maligning and delegitimizing entire classes of people based on their ethnicity, religion, gender, sexual orientation or if they have a disability.

There we go. With its slanderous use of language, NBC has now lumped in organizations that think we take in too many unskilled immigrants for America’s best interests with traditional Christians who hold to biblical morals. And opponents of six-foot-two boys mowing down girls on the rugby field, then invading their locker rooms. Or letting male rapists declare that they are now “women,” and deserve to be housed among women they can go on to rape.

See how this works? What really set me off in this howlingly biased report is not just that NBC relied on the discredited money-making operation the Southern Poverty Law Center. That didn’t help. But I really bristled when NBC — which doesn’t think you deserve to know about China’s concentration camps for Uyghur Muslims — went after Church Militant. That’s a Catholic laymen’s group that promotes traditional Catholic doctrine. Period. Oh yes, and it opposes manifest evils like abortion, transgenderism, and same-sex marriage. So of course it ought to be lumped in with white racists because … everything the left doesn’t like is just as bad as Jim Crow, lynchings, and the Tuskegee Syphilis Experiments.

The real targets aren’t Klansmen or race cranks, but conservatives and Christians. All of us.

Also targeted were the David Horowitz Freedom Center, which exposes pro-sharia Muslim groups that support acts of terror against Israel. And the Ruth Institute, a pro-life and pro-family group whose founder Jennifer Roback Morse we’ve published at The Stream. And the American College of Pediatricians, which opposes sex change surgery and hormones for kids with gender confusion. You see the pattern?

I’ve written for “hate group” Church Militant. And now I’m inclined to write for them twice as often, just out of sheer cussedness. So I reached out to its founder and president Michael Voris for a comment. He said:

That a Marxism supporting media outlet like NBC/Comcast goes on a witch hunt for so-called hate groups receiving PPP funds says much more about NBC than it does about Church Militant. The source of the designation as a “hate group” comes from the Southern Poverty Law Center (SPLC) which is itself a hate group, labeling any group that supports conservative political and orthodox theological positions as automatically “hateful.”

This is little else than the nexus of the “media” and Marxist-minded groups cooperating to gin up a “story” where there exists no story. Church Militant, like millions of other small companies across America, has a payroll to meet, is largely dependent on donations and subscriptions. We had every right to apply for and receive the funds, just as Planned Parenthood affiliates did. Everything we did in the process was legal, above board and accepted as such by federal authorities and banking institutions. That a Marxist group like SPLC as well as Marxist media like Comcast and NBC don’t LIKE we were able to participate is just too bad.

A Hate Group Is Just a Group I Hate

I disagree with Voris on just one point. I don’t think we should call any group a “hate group,” if that means it should be ineligible for programs like PPP. Or for posting on social media, or taking donations by credit card, or any other legal activity in the public square.

“Hate Group” has been so inflated by overuse that it now means nothing more than “a group the writer hates.” Likewise “Hate Speech” means only “speech we hate and would like to censor.” Whatever I think about Jared Taylor’s silly race fetish, it’s no more sinister — and much less powerful — than the race fetish of Black Lives Matter. And we should stop playing the left’s game by legitimizing their efforts to make second-class citizens out of people because of their beliefs — however mistaken.

Because the real targets aren’t Klansmen or race cranks, but conservatives and Christians. All of us.