The ‘Respect for Marriage Act’ Sets the Stage to Overturn Obergefell v. Hodges 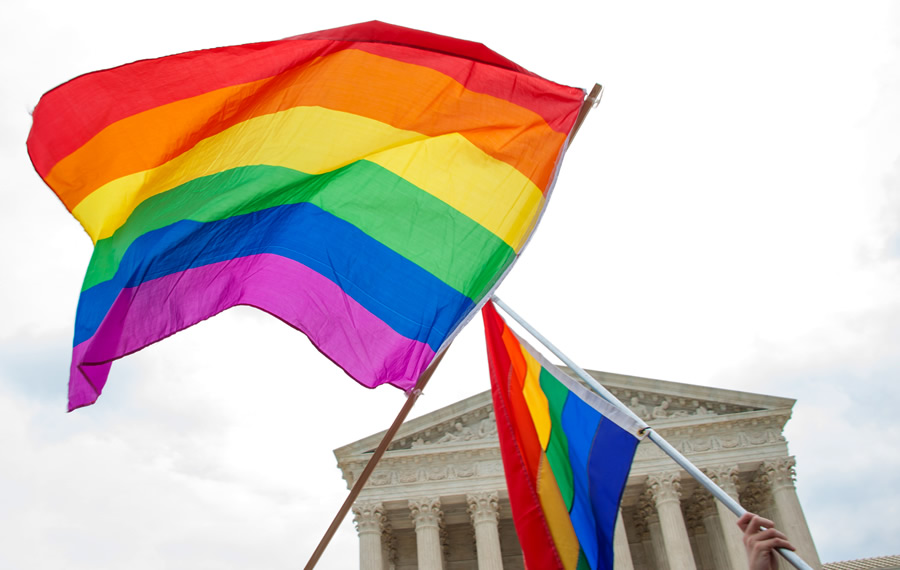 While I am disappointed that the “Respect for Marriage Act” (RFMA) passed the U.S. Congress, I am convinced that this bill will be the undoing of the Supreme Court’s 2015 same-sex marriage opinion in Obergefell v. Hodges. We fought hard to stop HR 8404, and we came very close to killing the bill thanks to so many citizens engaged in preserving religious freedom in America. To them, I would say, “Don’t get discouraged.” Now we move to the next strategy, in which I have a high level of confidence. The advocates of RFMA may celebrate today, but that celebration will not last.

Lawmakers and LGBTQ advocates have unwittingly created the perfect scenario to fix the mess the High Court originally created. Obergefell, like Roe v. Wade, has no constitutional foundation. Overturning Obergefell would return the regulation and definition of marriage to the States as it was throughout our history up till the Court issued its flawed opinion in June 2015. Like abortion, many states would return to their laws prior to the Court’s decision — meaning most states would define marriage as the union of one man and one woman.

Past History is Prologue

To give you some context for why I am optimistic, let me share a few points from recent legal history. In 1990, when the Supreme Court severely weakened the Free Exercise Clause, Liberty Counsel pioneered a new legal strategy to win. We argued the Free Speech Clause protects religious expression and acts of worship. We developed the viewpoint discrimination argument. Now this is a common legal argument, but it was novel at the time. This legal argument resulted in many victories at the High Court, including our 9-0 win this year in the Shurtleff v. City of Boston Christian flag and Coach Kennedy cases.

When a generic prayer offered by a Rabbi at a high school graduation was struck down in 1992, we pioneered student-initiated prayer — and we won in the Adler v. Duval County School Board case against the ACLU. And beyond graduation prayer, our legal strategy included overturning the 1971 Lemon v. Kurtzman case that was frequently used to censor religious expression, symbols, and displays. And this year with our Christian flag and the Coach Kennedy cases, we got that awful precedent overturned.

Obergefell is Hanging by a Thread

Prior to 2015, we had won about 50 cases defending marriage as one man and one woman. Then the 5-4 Obergefell opinion was released. Three of the five Justices in the slim Obergefell majority are no longer on the Court — Kennedy, Breyer, and Ginsburg. Chief Justice John Roberts issued a stinging dissent. In it, he wrote, “The majority’s decision is an act of will, not legal judgment. The right it announces has no basis in the Constitution or this Court’s precedent.”

Besides Roberts, Justice Thomas and Justice Alito also dissented. Justices Gorsuch, Kavanaugh, Barrett, and Jackson have since joined the High Court. The slim majority in 2015 is gone.

What RFMA Did and Did Not Do

The RFMA cannot define marriage for the states. In 2013, the Supreme Court in United States v. Windsor, struck down that part of the Defense of Marriage Act (DOMA) that purported to define marriage for all the states as the union of one man and one woman. The Court noted that domestic relations and the definition of marriage is “an area that has long been regarded as a virtually exclusive province of the States.”

In other words, it is easy to attack Obergefell on the merits, but the consequence of overturning it could, until now, result in chaos. The merits argument of why Obergefell should be overturned is easy. The policy argument that doing so would cause disruption has always been the most difficult to overcome — until now.

As a result of RFMA, when Obergefell is overturned, those who obtained licenses will be “grandfathered” in, and the licenses will remain valid.

However, like abortion, the Supreme Court will overturn Obergefell and return marriage to the states, which will then be free to return to their laws prior to 2015 with marriage as the union of one man and one woman.

The Kim Davis case is working its way back to the Supreme Court where one of the arguments will be that Obergefell was wrongly decided. Justices Thomas and Alito have already invited future challenges to Obergefell since the decision was never constitutional.

Justice Thomas previously wrote, “Davis found herself with a choice between her religious beliefs and her job.” He continued, “Davis may have been one of the first victims of this Court’s cavalier treatment of religion in its Obergefell decision, but she will not be the last.” Justice Thomas said “the Court has created a problem that only it can fix. Until then, Obergefell will continue to have ‘ruinous consequences for religious liberty.’”

The drafters and supporters of RFMA did not intend for the consequence that is forthcoming. But it will come. Like Roe, the days of Obergefell are numbered.