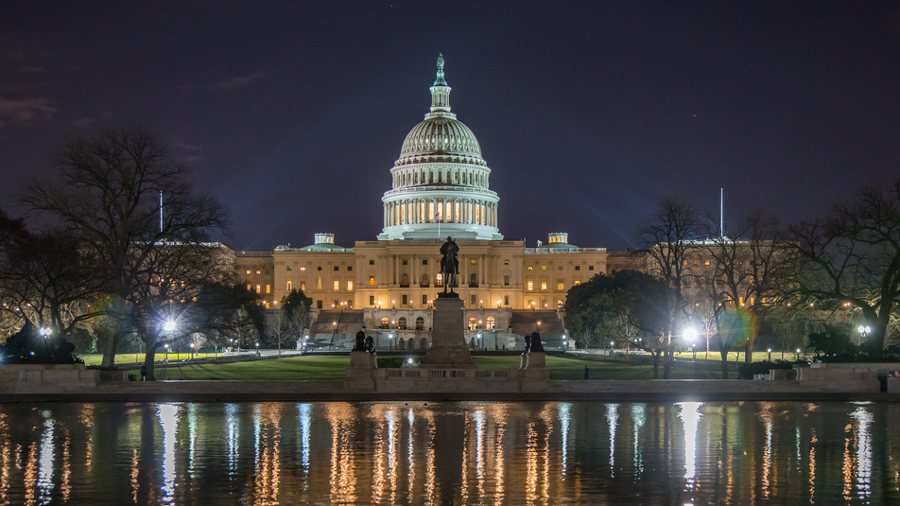 I hate to break it to you, because I know how much you were looking forward to this today, but the scheduled January 6 committee meeting has been postponed.

All together now: “AWWWWWW!!!”

One stated reason was that they needed more time to prepare their video “evidence.” Well, that’s certainly understandable, given that it takes time to go through reams and reams of video, select only the most useful clips, and edit them to create just the right flow and the appearance of guilt. It might even be necessary again to drop in some audio of President Trump speaking from some other time and place. The art of propaganda can’t be rushed.

As long as we’re waiting for the next scintillating installment, this is a great time to look at some of the issues that won’t be mentioned by the committee at all.

Also, there was reportedly infighting over whether to make criminal referrals. They should make one on themselves.

“Republican” committee member Adam Kinzinger tweeted that they simply want to “space out” the hearings. Nobody buys this.

The FBI Invokes the Fifth

Anyway, as long as we’re waiting for the next scintillating installment, this is a great time to look at some of the issues that won’t be mentioned by the committee at all.

Kyle Becker brings up another hearing, this one by the Senate Judiciary Committee in January of this year, in which Texas Senator Ted Cruz grilled an essentially non-responsive Jill Sanborn, the FBI’s executive assistant director of the National Security Branch, concerning certain events on January 5-6, 2021. She wouldn’t answer, citing “sources and methods.” Sources and methods for what?

It “feels” as if the FBI were invoking the Fifth Amendment.

Here are the questions she would not answer at all:

“I can’t answer that,” was Sanborn’s standard answer.

Here’s the original story posted by Townhall the day of this cringeworthy exchange.

The Elusive and Suspicious Ray Epps

Ray Epps, from Arizona, was captured on video the night before the rally saying, “Tomorrow, we need to get into the Capitol! Into the Capitol!” His focus on this struck the people around him as so strange and suspicious that they started chanting, “Fed! Fed! Fed! Fed!” But when asked if Ray Epps was indeed a Fed, Sanborn refused to provide that information.

If he were not a Fed, then answering would not have given away any sources and/or methods.

The January 6 committee did put out a statement on Ray Epps, for what that’s worth (which is to say, nothing):

The Select Committee is aware of unsupported claims that Ray Epps was an FBI informant based on the fact that he was on the FBI Most Wanted list and then was removed [in July] from the list without being charged. The Select Committee has interviewed Mr. Epps, [who] informed us that he was not employed by, working with, or acting at the direction of any law enforcement agency on January 5th or 6th or at any other time, and that he has never been an informant for the FBI or any other law enforcement agency.

Well, that’s good enough for us! Just kidding; it’s not.

As reported in The Western Journal, our esteemed attorney general wouldn’t answer questions about this, either. Kentucky Rep. Thomas Massie posted the video described above in October and tweeted:

I just played this video for AG Merrick Garland [during a House hearing]. He refused to comment on how many agents or assets of the federal government were present in the crowd on Jan. 5th and 6th and how many entered the Capitol.

The WJ story also recalls other situations in which the FBI used informants, including to spy on Trump’s campaign (Stefan Halper), and the 2020 plot to kidnap Michigan Gov. Gretchen Whitmer.

So, another question for the FBI not to answer would be, “Why was Ray Epps removed from the Most Wanted list?”

Caught in an Outright Lie

But we’re not just dealing with evasiveness and secrecy in this “investigation.” Nick Arama at RedState reports that the committee has been caught in another outright lie, smearing Georgia Rep. Barry Loudermilk for supposedly giving a “reconnaissance” tour of the Capitol building to protesters the day before the rally, when he did no such thing. Reps. Bennie Thompson and Liz Cheney demanded that he voluntarily testify and explain his actions, and released that letter to the media to spread the rumor.

The infuriating details are here.

Illinois Rep. Rodney Davis, who pressed the Capitol Police to look at the evidence and clear Loudermilk, said Democrats who smeared him need to face accountability before the House Ethics Committee. Think they will? Hah, that’s funny.

Rep. Loudermilk is fighting back himself, though, calling for accountability not just for the Democrats who smeared him but also for the media who helped them do it:

We need these journalistic outlets to actually act like journalists, he said, not a wing of the progressive left Socialist Democrat Party, which is what they’ve become. And that’s why the American people have lost faith in the mainstream media, because they actually don’t believe anything they report.

There’s also more about former Attorney General Bill Barr’s perplexing and inconsistent comments about election fraud. President Trump released a letter from William McSwain, U.S. attorney for the Eastern District of Pennsylvania from 2018 till January 2021, in which he’d expressed dismay to Trump about instructions he said he’d received from Barr “not to make any public statements or put out any press releases regarding possible election irregularities,” of which McSwain had received a number of reports. He said he was also told “to pass along serious allegations to the State Attorney General for investigation — the same State Attorney General who had already declared you could not win.” McSwain also told Trump he was “right to be upset” with the way officials ran the 2020 election in Pennsylvania.

This story still needs some sorting out, and I don’t mean by the “fact”-checkers who worked swiftly to try to dismiss it. Barr denied McSwain’s allegation to The Washington Post, saying McSwain’s comments to Trump appeared to be designed to “mollify” him to gain his support. Barr has maintained there was no evidence the election was stolen, yet he’s also said there was fraud — in the form of the suppression of the Hunter Biden laptop story — that potentially changed the outcome.

Finally, here’s an excellent article from Julie Kelly of American Greatness, whose reporting on January 6 is unmatched.

And check out her book, now in paperback: JANUARY 6: How Democrats Used the Capitol Protest to Launch a War On Terror Against the Political Right. Forward by Lee Smith, author of The Plot Against the President and The Permanent Coup.