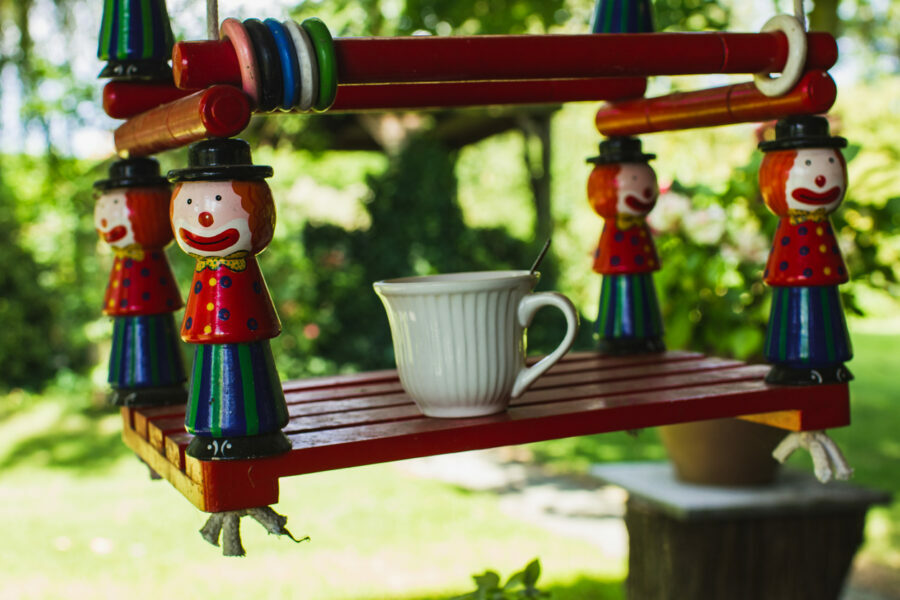 From clowns to quarterbacks, we’ve got you covered.

On last weekend’s Saturday Night Live, comedian Cecily Strong dressed up as “Goober the Clown” to plug abortion. Dr. Michael Brown has published a passionate piece in response called “Please Don’t Clown Around When It Comes to Abortion.”

I’ll only add a couple points. As Smokey Robinson sang, “Just like Pagliacci did, I try to keep my sadness hid. Smiling in the crowd I try, but in my lonely room I cry the tears of a clown.”

Strong is the clown. (And I don’t mean that in the derogatory sense. Though calling herself a Goober is an odd choice.) She’s a comedian. The skit offered a secondary layer of protection. As someone who wrote comedy for a living and performed as a clown, I have some credibility on this one. If you get people laughing, they don’t notice your pain.

On Saturday night, Strong just put on a costume. Over her usual costume. We should be praying for her healing.

That said, believing Strong when she says she wouldn’t be where she is without her abortion is to believe a fiction. Just take the Mount Rushmore of female comedians:

Are we supposed to believe that in 2021, a female comedian couldn’t make it to SNL unless she aborted her child? Has the women’s movement failed so miserably? Has the entertainment industry become so brutal? Or rather, has the abortion industry’s propaganda campaign succeeded so brilliantly?

I believe women are better and stronger than that. But I’m not making a mint convincing women otherwise. No clownin’.

Start the Day With a Solution: A Way to Deal With Those $450K Payments to Illegals That Makes Everyone Happy

So Joe Biden wants to give $450,000 to illegal immigrants who were separated after illicitly crossing our borders. Obviously this is a con and an outrage. But I have a solution that’ll make everyone happy. We give the illegals Hunter Biden paintings. We’re told they’re worth half-a-million bucks. If that’s true, the illegals can sell them — providing they pay the appropriate taxes.

If Democrats disagree with this arrangement, they are admitting Biden’s paint sales are as crooked as an old boxer’s nose.

The White House deployed Jill Biden — that’s Dr. Jill Biden to you, even though she’s not a medical doctor — for its opening push to jab our kids with COVID-19 vaccines.

Nothing says “Healthy children making wise choices” like the mother of Ashley and Hunter Biden.

Oh, man. My fifth grade teacher Mrs. Pease was wrong. The U.S. does not have three equal branches of government that keep each other in check. Not anymore.

The Fifth Circuit Court of Appeals has issued a temporary stay blocking the imposition of Biden’s private business vaccine mandate. That’s the court right below the Supreme Court. However, Biden is telling businesses to ignore the court order. I mean, who has to pay attention to those guys?

Remember when Donald Trump tried putting limitations on people coming in from countries with serious terrorist issues? The deliberately mislabeled “Muslim ban”? Initially, courts blocked Trump. He didn’t ignore the order. He huffed and puffed and tweeted about it, but tweaked it until it passed legal muster. You know, the way Mrs. Pease said it’s supposed to be done.

Here, Joe Biden’s flunky is flat out telling people to ignore the Federal Court of Appeals. Checks-and-Balances are for chumps.

“People should not wait,” White House Deputy Press Secretary Karine Jean-Pierre said during a briefing. “They should continue to move forward and make sure they’re getting their workplace vaccinated.”

Mrs. Pease would be so disappointed.

Meanwhile, Josh Hammer has a great thread on the weakness of the government’s position on the vaccine mandate.

Like a good neighbor, State Farm is respecting the health decision of Green Bay quarterback Aaron Rodgers. The insurance company was under pressure to sack Rogers as a spokesman after news broke the COVID-positive MVP had not been vaccinated. State Farm says it “respects his right to have his own personal point of view” and choose for himself whether to get vaccinated.

State Farm goes on to say “Our mission at State Farm is to support safer, stronger communities. To that end, we encourage vaccinations, but respect everyone’s right to make a choice based on their personal circumstances.”

Sure, their decision to back Rodgers may be a marketing decision rather than a medical one. But isn’t it interesting that an insurance company … a company in the business of calculating and managing risk … isn’t militant about the jab?

Pete Buttigieg thinks a New York parkway was designed to keep Blacks and Puerto Ricans from going to the beach. Where in the world did he get that twisted idea and is it true? Find out in “Roads are Racist? The Fascinating Backstory Behind Pete Buttigieg’s Bizarre Claim.”

The FBI raided Project Veritas over Ashley Babbit’s diary. How is that a federal matter, and why has the media been desperate to keep quiet about it? And when taken with the revelations on Hunter Biden’s laptops, what is the picture painted of the Biden family? “Ashley Biden’s Diary: FBI Raids Project Veritas Over Diary Exposing Disturbing Family Secrets.”

Please Don’t Clown Around When It Comes to Abortion