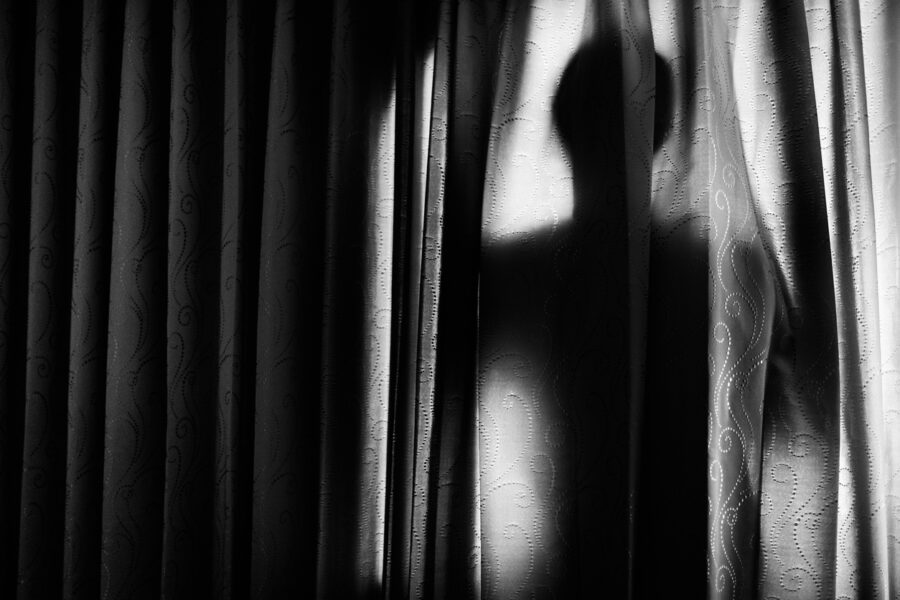 On Thursday night, Tucker Carlson covered a breaking story on the Daily Mail revealing shocking details from the diary of Joe Biden’s daughter Ashley. Ashley had written, in the context of trying to uncover the source of her sexual addition, “I remember having sex with friends @ a young age; showers with my dad.” Asked Tucker, “If you are the father of daughters, ask yourself, is there any explanation for that behavior that is justifiable?”  He added, “if that’s not child molestation, it’s definitely close enough to justify a police visit.

Tucker also blasted the FBI for not only raiding Project Veritas to get at the diary, but launching a criminal investigation against the woman who found the diary at a halfway house. “Joe Biden is using the FBI as his own secret police.”

Last year, we wrote about the Project Veritas raid and the details of the Ashley Biden diary, particularly in the context of the Hunter Biden laptop and the common theme of abuse and addiction. We reprint that article today…

Imagine if Trump’s FBI had raided The New York Times … for any reason. Let alone over an explosive diary left somewhere by, oh, Ivanka Trump accusing her father and family of all manner of sick behavior. Imagine they were raided, despite The New York Times not running the diary because they couldn’t independently verify it was legit. The uproar would be deafening.

And the media would have every right to be enraged.

Except today they are silent. Because the target was Project Veritas … and the diary belonged to Ashley Biden, Joe Biden’s daughter.

Last week, Project Veritas reporters and former reporters were raided by the FBI and Southern District of New York over the diary.

The Backstory of Ashley Biden’s Diary

Backstory: During the 2019 campaign, Ashley Biden went into rehab to deal with her drug addiction and effects from “sex trauma.” She kept a diary. We don’t have to say “allegedly” now that the FBI has raided Project Veritas because of the diary. This confirms its legitimacy.

Ashley … just like half brother Hunter and his laptops … left the diary behind somewhere she was staying. (Curious they both left such damaging information around. Subconscious efforts by the siblings to get the truth out about their family?)

A copy of the diary was brought to conservative outlets. Project Veritas didn’t publish the diary because it could not independently verify it was actually Ashley’s. They even tried returning the materials they had been given to Ashley Biden, but her lawyers refused to verify the material. They then offered it up to authorities.

However, in October 2020, shortly after the Hunter laptop scandal broke, National File did publish the diary. They say they had confirmed the diary’s legitimacy multiple ways, including handwriting analysis and audio from Ashley confirming its legitimacy.

Rather than call the disturbing allegations in Ashley’s diary “Russia propaganda,” as they did with Hunter’s disturbing laptop revelations, the mainstream media completely ignored the diary. (Again, imagine if the diary had belonged to Ivanka or Tiffany Trump.) After all, publicizing it would likely have ended any chance of Biden winning, regardless of what Zuckerberg spent to fix the election.

All Hunter did was show his father was corrupt, compromised, controlling and a liar.

Ashley suggests her father is something those cringe-inducting, touchy-feely-sniffy videos with children only hint at. At the least, something was very, very wrong within the extended Biden family.

Nothing was heard about the diary until last week’s raid.

Project Veritas’ James O’Keefe talked about the raid and this incredible assault on journalism in a video released Friday.

O’Keefe details Project Veritas’ history with the diary. He insisted Project Veritas acted appropriately when presented with the material. He wonders how it was the New York Times knew immediately about the raid.

We do not know how the New York Times was aware of the execution of a search warrant at our reporter’s home or the subject matter of the search warrant as a grand jury investigation is secret. The FBI took materials of current, former Project Veritas journalists despite the fact that our legal team previously contacted the Department of Justice and voluntarily conveyed unassailable facts that demonstrate Project Veritas’ lack of involvement in criminal activity, and or criminal intent.

How is Ashley Biden’s Diary the Business of the FBI?

Others have wondered how even if the diary was “stolen,” how in the world that would be a federal matter.

If the Ashley Biden Diary isn’t real, why did the FBI raid James O’Keefe?

If the Ashley Biden Diary is real, why did the FBI raid James O’Keefe?

This is a lose-lose for FBI and Biden. Using your goon squad to raid reporters is still “a bridge too far” for most judges in 2021.

Fox News legal analyst Gregg Jarrett was vexed. Even if the diary was the subject of a theft, that’s a state crime. (Project Veritas and National File insist the diary was not stolen, but left behind by Ashley at a location where she had been staying and discovered by a later tenant.) And to go after journalists?

“A journalist cannot be criminally prosecuted for publishing stolen material unless the journalist himself or herself is involved in the theft. There’s no indication of that,” Jarrett said. “So we don’t know a whole lot about this story, but it’s deeply troubling. They would barge into the homes of two journalists armed with a search warrant signed off by a federal judge and the Department of Justice, presided over by Joe Biden, this smacks of a political investigation and potential prosecution.”

Then again, what business was it for the Secret Service — when it was supposedly no longer protecting Hunter — to try and grab the paperwork for Hunter’s gun sale? The one where he lied on the forms. This would be the gun his brother Beau’s widow Hallie tossed in a dumpster, when she and Hunter were hot-and-heavy, soon after Beau’s death.

This would be the same Hallie who — according to texts on Hunter’s laptop — accused Hunter of engaging in inappropriate behavior with her daughter. Meaning, Hunter’s niece. Hunter says in a text that Jill Biden chided him for the inappropriate behavior as well, even threatened to call the police if he got near the girl. Hunter confesses to a friend he’s not allowed around a certain child without his father present. (Gateway Pundit has the texts, which lay out how the family struggled to deal with Hallie’s accusations. Hunter’s laptop does contain racy photos of Hunter with girls who are underage.)

Why Do I Go There

I’m not mentioning all that to be salacious. It’s to set Ashley Biden’s diary in its family context.

In the diary, Ashley describes becoming “hyper-sexualized” at a very young age. She wonders why. And lists a series of memories from her childhood. She speaks of being sexually molested. “I can’t remember specifics but I do remember trauma.”

She speaks of “being sexualized” along with another young woman, likely a cousin who’s wrestled with drug addictions and criminal behavior. And has been photographed in rather cozy — though not lurid — pictures with Hunter during a drug-filled stay at an L.A. beach condo.

Ashey’s Shocking Comments About Her Father and Showers

Ashley remembers “showers w/ my dad (probably not appropriate).” And another line, not getting as much attention as the shower line: “my father was — message — I could get love from men” (underline hers).

Ashley’s diary and troubles cannot be seen in a vacuum. They must be seen in context with Hunter Biden’s laptop and severe issues. The sexual addictions, the substance abuse, the trauma within the family.

The extent to which the Biden family has gone to hide the horror behind a façade, to the point of enlisting top IC officials to declare Hunter’s laptop Russian propaganda and send the Feds after the journalists who became privy to the truth. And to rely on their partners in traditional media and Big Tech to quash the story.

If a crime was committed in the acquisition of the diary, let the state prosecute.

If Biden is again using Federal resources to protect his family from its secrets being exposed, let that too be prosecuted.

If Ashley was sexually molested as a minor, let justice be done and the guilty identified … whatever their position.

If there are children still being harmed, let them be rescued now!

And let us, as citizens, learn the full truth about the president and his family. After all, there’s a very good chance our enemies know.

But there’s one other thing we need to do. One can only look at the revelations on Hunter’s laptop and his sister’s diary, the acting out, the addictions, to know the Bidens are broken, traumatized. And have been for at least two generations, dropping now into a third.

The haunted looks in photographs. The cries for help. Heartbreaking.

We — the American family — must pray, must intercede for the Biden family.