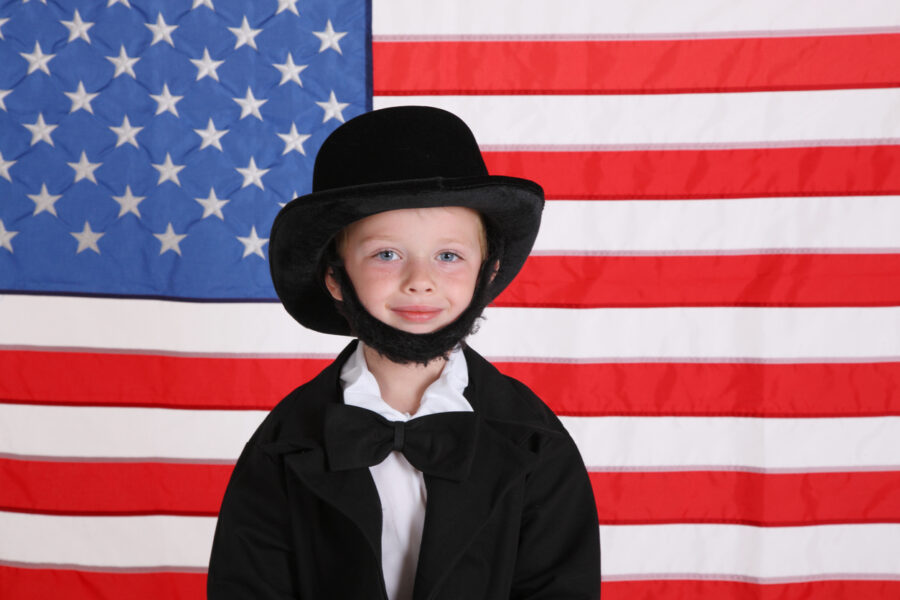 UPDATED: Liz Cheney Defeated … Compares Herself to Lincoln … Has Eyes on the White House

Liz Cheney was ousted by the voters of Wyoming Tuesday night, and her first response was to — as John Zmirak pointed out in his column yesterday — compare herself to Abraham Lincoln. Wednesday morning she said she’s thinking about running for president.

NOW – Liz Cheney says she is thinking about running for president following her resounding primary defeat.pic.twitter.com/0lNeGAsEYo

(Oh, so the J6 Prime Time Extravaganza wasn’t a hearing, it was a campaign commercial. Got it.)

Just one little note to Liz. If you were so eager to trash the due process rights of Donald Trump as a member of Congress, whose rights wouldn’t you trash as president of the United States?

Hate Trump all you want. Ignore the concerns of your constituents as much as you like. But you discarded Constitutionally-guaranteed protections, 230 years of House rules, and common fairness without even blinking. That makes you an enemy not a defender of liberty.

Which reminds me: Comparing yourself to Lincoln? That’s the same guy your new BFFs on the left have been trashing and toppling and trying to cancel.

Actually, we’re being unfair. Cheney does have one thing in common with Abraham Lincoln. Daniel Day-Lewis would win an Oscar playing her in a movie.

Still, Cheney leaves office about $37 million richer than when she entered 6 years ago. Yup. Her worth has jumped from $7 to $44 million. Ain’t from clippin’ coupons. Cheney also has about $7.5 million in a war chest for this presidential run in 2024.

Oh. FINALLY. That explains the FBI claiming to search for materials connected to nuclear weapons. They heard Melania was a bombshell.

Thomas Jefferson founded the University of Virginia. He designed the original buildings. He constructed the curriculum. This, after having established the Virginia Bill of Rights, the most poetic defenses of liberty and freedom, and wrote the greatest, most powerful testament to the God given rights of every human. Oh, and helped birth the United States of America.

Yet the woke and ungrateful voices at the school’s student newspaper want every trace of Jefferson’s name removed from campus. The editorial was published August 11 in the Cavalier Daily.

Part of Jefferson’s offense, they claim he is a symbol of “white supremacy.” The guy who said “all men are created equal.”

Burying history, denying students the full, rich story. Keeping people in the dark about what Jefferson and the Founders accomplished. Denying education in favor of indoctrination. Jefferson knew where this goes:

“If a nation expects to be ignorant and free, in a state of civilization, it expects what never was and will never be.”

One more from Jefferson that the student editors might want to look at.

“Bigotry is the disease of ignorance, of morbid minds; enthusiasm of the free and buoyant. Education and free discussion are the antidotes of both.”

Cancel culture is no culture at all.

Fentanyl Seizures at Border Up 203% in July Over June

The CBP seized 2,130 pounds of fentanyl in July, compared to 700 pounds in June, and blowing past the previous monthly record of nearly 1,300 pounds found in April.

This as nearly 200,000 more illegal immigrants flooded across our border.

Simple question for Joe Biden: What is more likely to kill one of your grandchildren? A fentanyl OD or a slightly hotter summer?

Actually, we can’t ask Joe. He’s wrapped up his South Carolina vacation by heading to Delaware for more R&R.

Good News: American Airlines is Buying Supersonic Planes That Can Fly Around the World in Five Hours

Bad News: It’ll still take you two days to get anywhere because of delays and cancellations.

Miami ➡️ London in less than 5hrs? LA ➡️ Honolulu in 3hrs? Wouldn't that be SUPER? We’re here for it and so is @BoomAero. Learn about our partnership with #BoomSupersonic and the #Overture expected to fly 2x the speed of today’s fastest commercial jets: https://t.co/oWJYW6r6zT. pic.twitter.com/kvdoYWvaal

The Boom Overture Supersonic aircrafts can go about Mach 1.7, which is twice the speed of the fastest commercial jets flying today. It’ll get you from Miami to London in about five hours. American Airlines has put a deposit down for 20 of the Overtures, with an option for 40 more.

You know the six-foot rule that dominated our movements in public since the winter of 2020? The White House COVID czar Ashish Jha said the “six feet” rule is “actually not the right way to think about this.” Last week, the CDC quietly dropped the recommendation to stay six feet away from each other.

Two years ago, scientists not named Fauci were saying the stay six feet apart mandate wasn’t based on data. Generally, any further than three feet wasn’t going to make a difference.

So the lockdowns were a disaster, most masks were of little use, the vaccines weren’t going to stop anyone from getting the virus. Coughing into your hand before shaking hands? Still a no-no. Even if Jha’s boss seems to forget.

Joe Biden in new role
Come in, take off your mask, cough into your hand, sign, hand over your pen, shake hands with everyone and hug everyone. pic.twitter.com/qoD3TQ2y5y

Meanwhile, the CDC director announced a major restructuring or “reset” of the agency after realizing the CDC’s performance during COVID “did not reliably meet expectations.” Dr. Rochelle Walensky wants the agency to be quicker, responding to emerging threats and getting data out faster. Hmmm. Wasn’t Trump tarred and feathered for going around the CDC because they were moving too slow and providing outdated data?

David Marshall offers the first of a two-parter: “Death of Christianity: Time to Gloat?”

Today the judge who signed the warrant to raid Mar-a-Lago holds a hearing today on whether to release the affidavit. Mike Huckabee asks, “So, Will Hand-Picked Judge Make FBI Release Affidavit?”