The Brew: On This President’s Day, A Tale of Two Champions … Well, One True Champion 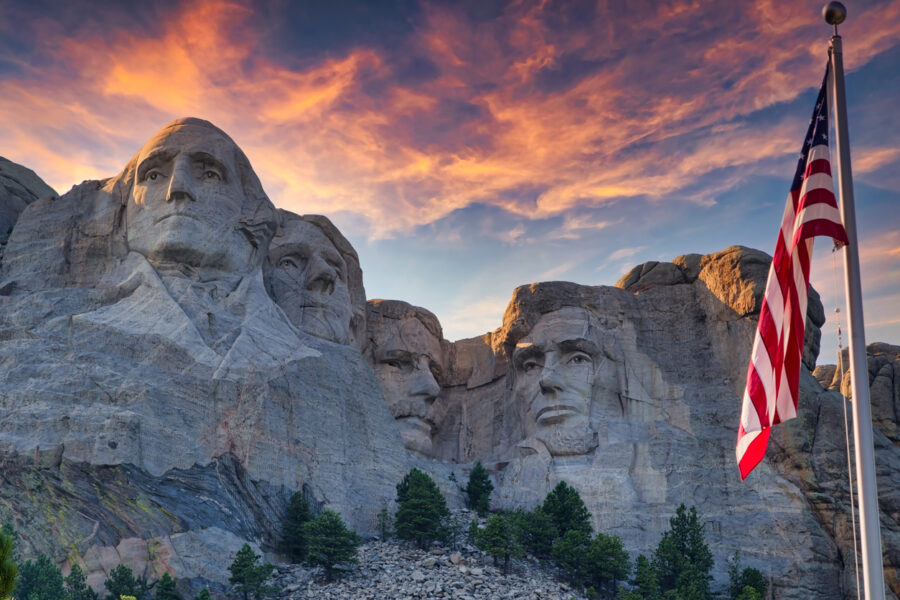 Here’s to you, Millard Fillmore, wherever you are!

In case you missed it, check out this really fun article we did celebrating the musical gifts of assorted presidents: “Ladies and Gentlemen, Welcome the White House Boogie Band!”

Oh, I would add one thing to the article. If we were looking for guest singers to sit in for a number or two, JFK could hook us up with Sinatra, or Marilyn Monroe. (Though Monroe doing another sexy number might well finish Ol’ Joe Biden off.)

A bit strange for President’s Day, but we start off with prayers for Queen Elizabeth. The British Monarch has tested positive for COVID. Though she’s said to be suffering only mild symptoms, and plans to continue working through her illness, she is 95 years old.

Would make sense for former President Trump to launch his social media venture Truth Social on President’s Day. And all indications are the app will, indeed, hit the Apple App Store today.

Devin Nunes, CEO of Trump Media & Technology Group (TMTG), told Fox News on Sunday that Trump Social will be up this week, and he expected it to be fully functional by March. But according to Reuters, the network’s chief product officer told a group of beta testers last week, “We’re currently set for release in the Apple App store for Monday Feb. 21.” And the Apple App Store confirms it.

The President was infamously banned by Big Tech following the January 6 riots. And Twitter’s been dull ever since.

So Much for Dudley Do-Right. Canadian Police Trample and Beat Protesters

Can’t say it any better than the Toronto Sun. “Turns out the lasting image of the Freedom Convoy protest at Parliament Hill will not be bouncy castles but that of a woman with a walker being trampled by a police horse.”

It happened Friday, after Castro Doppelganger Justin Trudeau unleashed a violent assault to end the Freedom Convoy protests in Ottawa.

This is disturbing. Is the woman with the walker trampled by Mounted Unit horses alive? Is she in surgery? Has ⁦@SIUOntario⁩ been notified? Do you have any concerns or comment ⁦@OttawaPolice⁩ ⁦@JustinTrudeau⁩ ⁦@fordnation⁩ ⁦@JimWatsonOttawa⁩ – Why? pic.twitter.com/X251vZiIaq

In the meantime, American media is still hunting the small donors who contributed to the Freedom Convoy via GiveSendGo. They are utilizing data from a hack of the crowd-funding site by a notorious hacker. Which gets us to the weekend’s best tweet:

So we have all the names of the people who donated to the truckers convoy. But we still don’t know the names of Ghislaine Maxwells customers? #Truth #AmericaWantstoknow #Ghislaine #Epstein #OttawaConvoy https://t.co/3DIsdhpJ1v

And should we say timely?

Guess who was found hanged in his French prison cell over the weekend? Jean-Luc Brunel.

Jean-Luc Brunel was a famed fashion agent, accused of helping lure underage models into the Jeffrey Epstein-Ghislaine Maxwell international sex trafficking web. Perhaps as many as 1,000 girls. Brunel had been locked up since December 2020 for the alleged rape and sexual assault of minors — including three 12-year-old sisters. Epstein victim Virginia Giuffre claims Brunel “farmed out” modeling hopefuls, and was herself forced to have sex with Brunel. When Brunel was arrested, Giuffre taunted Prince Andrew.

“Are you sweating yet, Prince Andrew? You should be. Your buddy Jean-Luc Brunel is behind bars. Remember those girls he supplied to you on the island?,” she said. Andrew just settled a civil lawsuit filed by Giuffre.

Despite his attempting to take his life several times, Brunel was not on a suicide watch.

With Brunel following Epstein’s path into the grave, the family of Ghislaine Maxwell is said to “fear for her safety.” Her brother Ian told the New York Post, “Another death by hanging in a high-security prison. My reaction is one of total shock and bewilderment.”

Anyone know where Hillary was this weekend? https://t.co/ewlCbfxRE6

Huh? WaPo OP-ED: Not Only is Freedom Convoy “Explicitly Racist,” But Expecting Freedom Itself is a “Key Component of White Supremacy.”

Only someone gunning for a professorship at a modern American university would suggest something so stupid. A University of Pennsylvania PhD student named Taylor Dysart argues in a Washington Post editorial that the Freedom Convoy is “explicitly racist.” (You know, because nothing can be more racist than a multi-racial band of truckers arguing against mandates for a vaccine that a greater percentage of Blacks than Whites don’t want.)

But Dysart goes further. After ranting about colonialism and Canadian history, he declares: “The belief that one’s entitlement to freedom is a key component of white supremacy. This explains why the Freedom Convoy members see themselves as entitled to freedom, no matter the public health consequences to those around them.”

So not wanting your body subject to the whims and under the control of another is “white supremacy”? And all those people of color from all over the globe coming to this land because of its core belief in the “unalienable right” of liberty? They’re racists too?

Why do I think Frederick Douglas would tell this guy to get a real job?

No President’s Day ice cream for you.

Sure, Joe Biden abandoned Americans in Afghanistan, but at least he didn’t let in any potential terrorists. Right? Right? Turns out the Pentagon let into the U.S. 50 Afghans with “potentially significant security concerns”, according to the DoD’s Inspector General. But at least we have an eye on them, right? Well, no. 28 of 31 refugees with known “derogatory information” can no longer be located.

The Ivy League Swimming Championships took place over the weekend at Harvard. Such a joke they should have taken place in a comedy club. The male-born Lia Thomas shattered pool records and won the women’s 500, 200 and 100 freestyle.

Oh, Thomas did have some competition in the 100. Second place went to Yale’s Iszac Henig. Henig is in the process of “transitioning” from female to male. When not sprinting to victory in the 50-meter.

Just to think, you can get thrown out of a baseball game for having too much pine tar on your bat.

Adonis Lattimore was born with no left leg, only part of a right leg, and just one finger on his right hand. However, his heart? Powerful. On Saturday, the high school senior won a Virginia state wrestling championship, specifically the Virginia High School League Class 6, 106-pound weight class.

“Really if you work hard, you can do anything — even win a state championship without legs,” Adonis said.

Stream Senior Editor David Mills realizes he hasn’t been good answering Jesus’s call to visit the prisoners. David’s far from alone. See why in “Why Jesus Spoke of Prisoners as if He Were One.”

Al Perrotta is the Managing Editor of The Stream, chief barista for The Brew and co-author, with John Zmirak, of The Politically Incorrect Guide to Immigration. You can follow him at @StreamingAl at Gab, GETTR, and presumably Truth Social before long!