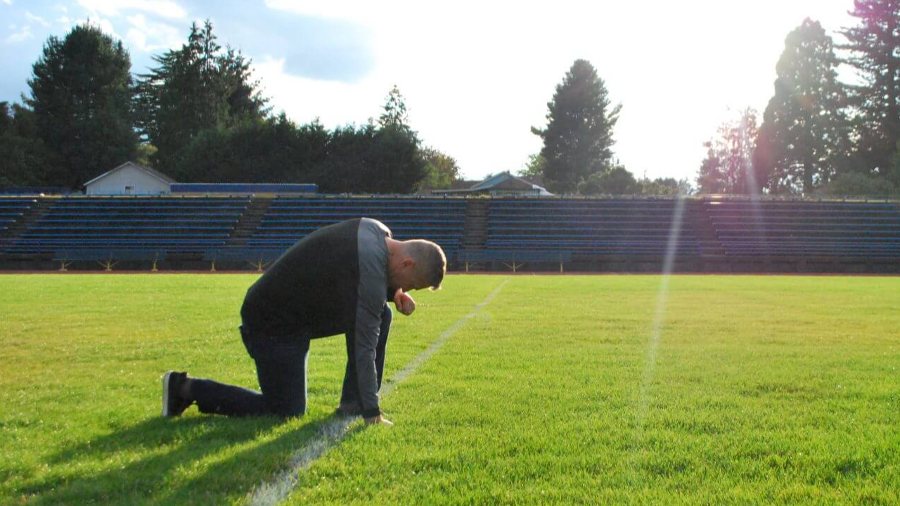 It’s 7 a.m. eastern. Do you know where Kamala Harris’ staff is? (At U-haul)? What are the odds someone else has quit by the time you’re done reading? If you missed it, Harris’ Chief of Staff is fleeing for the exits after less than a year on the job. That makes 13 senior staffers since she was sworn in. She goes through staffers like Jennifer Lopez goes through costume changes.

But how about video proof? How about seeing it with your own eyes?

On Saturday night, Dinesh D’Souza dropped the new trailer for 2000 Mules. Partnering with True the Vote, D’Souza details the movements of 2,000 people employed in swing states to illegally stuff the Zuckerburg funded drop-off ballot boxes. You can see for yourself people dropping countless ballots in the boxes before moving on to the next box.

The trailer also features a group of Salem radio show hosts, including those who were “agnostic” on the issue of a stolen election, having their minds blown.

The film premieres at select theaters on May 2 and May 4 … with a virtual premiere set for May 7.

SPOILER: Trump and the American people were robbed.

A huge day at the Supreme Court for religious liberty. The nine justices will be hearing the case of Coach Joseph Kennedy. Coach Kennedy was suspended by his high school in Washington State because he prayed on the field after games.

“That was just myself, I would just take a knee at the 50-yard line after football game,” Kennedy told Fox News’ Shannon Bream. “After a few months, the kids would say: Coach, what are you doing out there? And I just said I was thanking God for what you did. They asked if they could join. And I said: it’s America, a free country, you do what you want to do. And that’s how that kind of started.”

Eventually players and coaches from other teams would join in the prayer.

As Fox News put the legal question before the Court: Is a public school employee who says he is praying by himself while at school and visible to students engaging in “government speech” that lacks any First Amendment protection.

“Coach Kennedy simply wants to pray by himself at the 50-yard line. That’s the commitment he made before God,” said Jeremy Dys of First Liberty Institute. “They [school leaders] refused to honor that. And now here we are seven years later, arguing about whether or not someone could be fired from their job just because the public can see him engage in a private act of worship.”

Today we pray for those representing Coach Kennedy before the Supreme Court, and that the justices will have ears to hear.

A climate change activist who set himself on fire on the Supreme Court steps on Earth Day has died. Wynn Bruce had cryptically posted on social media in 2020 the date 04/22/22 with fire emojis. A Buddhist priest who knew Bruce called Bruce’s self-immolation a “deeply fearless act of compassion.”

Not to be harsh, but his way of fighting climate change was to turn himself to carbon and ash?

Biden’s open border policy has now apparently killed a Texas National Guard soldier. On Friday, Specialist Bishop Evans entered the Rio Grande bordering Mexico at Eagle Pass to try and rescue illegal immigrants who appeared to be drowning. The two were saved. Tragically, Evans disappeared under the waters and is presumed drowned.

Brave National Guardsman removed his armor before jumping in dangerous waters to save a human life. Please pray for the families of all those impacted. 🙏 pic.twitter.com/yo9CwHcw44

The Texas National Guard is on the border because Joe Biden and Kamala Harris refused to protect the border. And our sovereignty.

Oh. And the two people Evans gave his life to help save? According to the Texas Military Dept., Texas Rangers have “determined that the two migrants were involved in illicit transnational narcotics trafficking.”

Unbelievable that someone could give their life to protect our border and Biden can’t even pay it a visit. And he won’t let Republican lawmakers go either …

Earlier this month, a group of Republican lawmakers was planning a night trip to the border to witness for themselves the nocturnal smarm of illegal activity. According to an exclusive Breitbart report, at the last minute, DHS blocked the visit. Blocked elected American representatives from seeing, in Rep. Darrell Issa’s words, “the flood of migrants, drugs, and trafficked children that pass through the gaps in the border wall that this administration refuses to close.”

“On second thought, maybe wrecking Twitter to keep Elon Musk from allowing opinions we don’t like is not the smartest idea in the world.” The Wall Street Journal is reporting that Twitter’s board is reconsidering Elon Musk’s extravagant bid to buy remaining shares of the company. In fact, the two sides were meeting Sunday.

The WSJ story is behind a paywall, but you can get the details here. Seems Twitter’s attitude changed when it was revealed Musk had secured $46 billion to finance the deal. (His original offer was $54.20 a share or roughly $43 billion.) Musk reportedly also met Friday with several important shareholders to win them over.

Dr. Michael Brown’s latest is called “Trump, the Media and the Principle of ‘Don’t Trust, Verify'” and centers on the promo for a Trump interview with Piers Morgan deceptively edited to make it look like Trump stormed out of the interview. He did no such thing.

Tom Gilson offers a wonderful take-down of that Good Friday piece from the New York Times that trashed God. “NYT ‘Killing Gods’ Op-Ed Gets Everything Wrong’