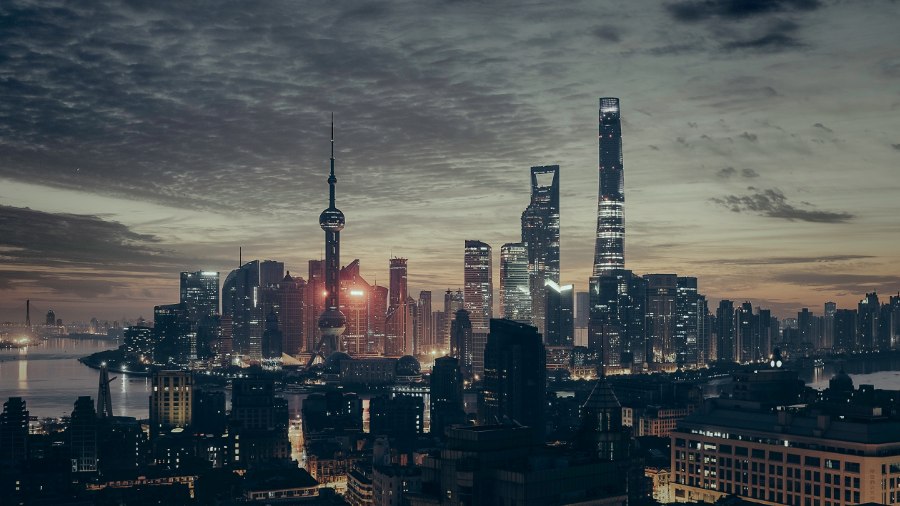 Steven Mosher is a pro-life hero, the man who as a graduate student in China discovered the grim facts of China’s One-Child Policy in the 1980s. That brutal, totalitarian program imposed up to 400 million forced abortions on Chinese women, often under harsh and dangerous conditions. Local Planned Parenthood affiliates gleefully served as enforcers, reporting women who dared have a third child, so the Party could cut off their food.

Women of childbearing age would be shoved by army officers into X-ray booths once a month to make sure they weren’t expecting. Many duly caught cancer from that. The regime didn’t care. It wanted both to cut the population, and to impose its power into the most intimate corners of private life.

Mosher learned these appalling facts, and as soon as he got home went public. In response, China cooked up fake charges that he’d been smuggling antiques, and Mosher’s grad school duly expelled him — to preserve its cozy arrangement with China’s genocidal regime.

Starving an Entire City to Death

Now Mosher is speaking out about the latest monstrosity happening in China. For the past three weeks, the central government has ordered a total lockdown of the city of Shanghai, all 25 million people. (That’s more than the whole population of Florida.) The pretext? An outbreak of COVID. No, not some scary new strain, but the Omicron variant — which for most people amounts to nothing more than a bad common cold. The Chinese regime, however, has declared that it will achieve “zero COVID” in Shanghai, no matter what the cost.

So it’s locking people in their homes. Arresting them if they go out. Padlocking them in apartments without access to food or medicine. Secret policemen in white hazmat suits are hammering on people’s doors and seizing their dogs and cats — then beating them to death right in front of them. The regime is seizing children, leaving their desperate parents locked up behind. Thousands have already starved to death alone, isolated, in their barren high-rise prisons. Many thousands more will die quite soon, Mosher predicts.

Citizens are jumping off their balconies. Or pushing their open, empty refrigerators out, so people can see that they’re starving. Some have the nerve to stand out on their balconies and shout their protests or cries for help. In a hideous sci-fi twist, such citizens are quickly confronted by whirring drones, blaring at them Communist slogans and the command to go back inside and be silent.

Watch this whole video, and weep and pray for China.

Why would the Chinese government behave so apparently irrationally? Mosher offers a theory. China’s president Xi faces a tough fight soon in his bid to extend his term in power. He wants to remain as president for life, Mosher explains. But he faces opposition, whose leaders hail from … Shanghai. So Xi is tormenting their city to humiliate his enemies, show them up as powerless and useless.

That’s the nature of the regime we face in China.

But our Democrats are no better. Every nursing home in blue states such as New York, Wisconsin, California, and Connecticut was a mini-Shanghai in 2020. Remember when Andrew Cuomo refused to send COVID patients to the U.S.S. Comfort, because Donald Trump had sent it? Or the Samaritan’s Purse hospital, because Franklin Graham had built it? Instead, he dumped thousands of COVID patients in nursing homes, where tens of thousands of grandmas and Korean War veterans caught the disease and died. Other blue state governors did the same, in a lockstep coordinated policy.

Helpless Americans locked in, alone. Without family goodbyes, or benefit of clergy. Without funerals. Their bodies got hauled off as medical waste and incinerated en masse like unwanted pets from a kill shelter. Or unborn babies, except those sold to Planned Parenthood for parts.

Cuomo’s and Whitmer’s and Newsom’s motive was just as transparent as President Xi’s. They needed spiking death stats to keep the lockdown in place, to justify fraud-ridden mail-in ballots. And that was the only way they were going to win the 2020 election.

Today’s Democrats are no worse than the leaders of the Chinese Communist Party. They’re also no better. The Chinese simply lack any opposition, so they can do with a free hand and on a massive scale what American Democrats can only get away with in certain places. Like New York, Wisconsin, and Washington, D.C.

But there’s no difference of kind between the two political movements. They are equally evil at heart, equally irrational, equally hostile to basic human flourishing, the family, God, and country. Each is willing to imprison innocent people for their political or religious views — be it in concentration camps in East Turkistan, or in the January 6 gulag.

Each party will cynically wield a bioengineered plague to cling to power, and keep the citizens terrified and silent. Each will make itself rich by allying with cynical corporations that profit from slave labor, trade in stolen human organs, and help its regime to suffocate free speech.

These brute facts may be hard for you to accept, that half the country votes un-American, for inhuman policies that betray all our founding principles. It’s easier to live in a happy-clappy denial. To make excuses every time some Woke corporation or Democrat politician or progressive pastor endorses Satanic madness. To blather in a Ned Flanders voice: “They mean well … they’re just confused.”

No, they don’t … and they aren’t. The sooner you admit that to yourself, the saner you’ll be. Man does not live by gaslight alone. Some parties can only be cast out by prayer and fasting.